Many years ago, I began writing the SkyRyder series. That was back when I didn't publish or socialize, I just wrote novels. I did belong to a crit group (romcritters) but otherwise, it was just me and my PC.

I liked to try new things, so for the SkyRyders series, I wrote each chapter twice, allowing both my main characters to see the event from their POV. I did this for the entire book.

Needless to say, that almost crashed my PC back then and not even my sister wished to read every event twice. So I set the book aside and wrote the Adventures of Xavier & Vic, my Victorian Sleuth Series.

Then one day I returned to the SkyRyders and decided to go through the repetitive chapters and decide which character told that particular event better and I'd discard the other. It was a tedious process, but I loved the story, so I had no choice but to save it.

Once I had normalized the story with only one POV per happening, I sent it off to critters, changed matters per their excellent advice, then moved on to writing other books. (Including several more about the SkyRyders only darker and more sexual.)

That was my life for ten glorious years. I would write, hike with my dog Jess, and garden.  Those were the best years of my life and I wrote in whatever genre a story wished to unfold. That means I've written books in almost every genre imaginable.

Three years ago, I took up the gauntlet and began to seriously publish. Scavenger Falters will be my 28th novel. It is the continuance of Alisha's life in the SkyRyders Corp.  I hope you enjoy it. 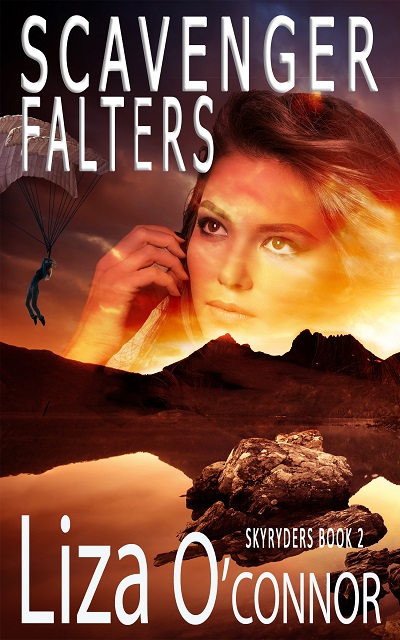 Alisha Kane, the Corps’ best flyer, is promoted to colonel, in charge of teaching the Corp’s SkyRyders her extraordinary flying maneuvers. The man she loves, Logan, continues to place the Corps first and insists they both remain focused on their work.

For Alisha, this means ferreting out the best flyers in a Corps that has systematically forced great flyers into mediocrity. Logan focuses on learning Alisha’s flying techniques so that he can become the hero the East Coast desperately needs. The result includes fractured ribs and broken hearts, but through it all, they never relinquish their love of the Corps.

Logan gathered her in his arms, and it felt so good, so warm and safe. Yet, Alisha knew it was all a lie. There was no warmth or safety within his arms, because he was too damned stubborn to admit the love between them was right.

“Hush,” he soothed. “You don’t want to upset your gramps now.”

“Don’t even try to distract me with Gramps. If he knew why I was crying, he’d kick your butt.”

“You’re probably right there,” Logan admitted. “As much as your grandfather and I like each other, he knows I’m too old for you.”

She struck his chest with her fist. “Stop saying that!” she demanded. “You’re not too old! And I’m not as young as I look. And our ages don’t matter. We love each other and that’s all that matters.” So she was twenty-one and he fortysomething. Who cared in a world where neither of them were likely to live for long?

Colonel Logan captured her hand in his and turned her so she faced him. “It isn’t even close to all that matters. It doesn’t even make the top five priorities.”

“Your career in the Corps.”

“I don’t care about my career…”

“Then you’re a fool. You have a rare ability to make real changes and contributions to the Corps. Look at your first two battles. Without you, hundreds of Ryders would have died. Ginnie, Jersey, and Philly—all dead if you hadn’t been there. And don’t say anyone could have stepped up to the challenge because you know that’s not true. At this point in time, there’s only you, and until your techniques can be taught and transferred to other Ryders, there is nothing more important than your contributions to the Corps.”

Alisha wanted to tell him he was wrong, but how could she? She’d only convince him she was a petulant child. Would she really place her own happiness over the lives of hundreds of Ryders? A part of her wanted to do just that, and her selfishness shamed her to the core. She never hesitated to risk her life for the Corps—why was this sacrifice so much harder?

Because when you’re dead, the pain stops. Living without Logan will be a never-ending agony.

She pushed away the thought and sighed heavily. “All right, I’ll concede that my contributions to the Corps should take precedence right now, but can’t I have both? Is there some law that says I must be unloved while I save the world?”

Colonel Logan gave her a sad, gentle smile and stroked her face. “You’ll never be unloved, Alisha. Everyone who meets you will love you. And someday, when you can risk a few distractions in your life, you’ll meet some young man and fall in love again.”

“I will not,” she replied, her voice quivering with emotion. “I will never love anyone but you.”

“You think that now, but trust me, time will heal.”

Alisha couldn’t listen to any more of this. He had made it clear that nothing had changed. He refused to see there might be a compromise, a way she could contribute to the Corps and be happy at the same time. However, to listen to him demean the intensity and durability of her love for him: that was more than she could bear! She ran from his room and down the hall.

Her heart ached with a paralyzing intensity as she entered her bedroom and leaned against the door. She couldn’t breathe. Her heart hurt so much, she truly couldn’t breathe. She slid to the floor as gray dots appeared in her vision. Her last thought before blacking out was: So you really can die of a broken heart… 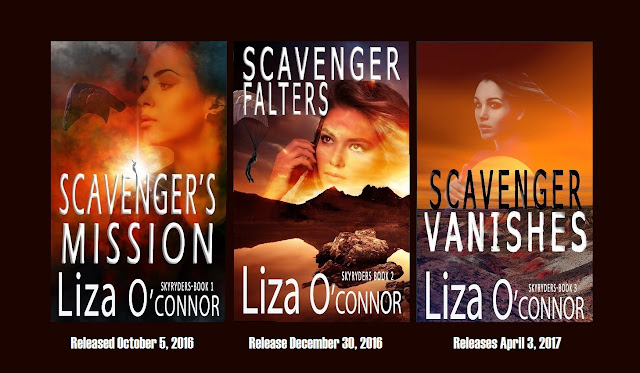