Liza’s Questions:
Q: How did you ever conceive all the dangers that occur in this story?
A: My mind is a really, really morbid place. J Actually, when I started off writing, I had a vague idea what certain scenes demanded, and as I got deeper into the book, it just sorta came to me. Mostly, I write things that are really difficult and absolutely terrifying, and would in reality, scare the crap out of me. And researching medieval torture methods? It was blood chilling. Guess I must have a very macabre soul to finish my research--LOL. But then, Game of thrones is my absolute fave series. So blood and gore, yeah, it’s my thing J

Q: What were your inspirations when creating all creatures in this story?
A: Well…I knew I wanted scary ones, suited to the Dark Realm. So, I researched for the type of creatures I'm working with, then play around with writing descriptions for them and such, and suddenly it all emerges, it’s like I’ve suddenly tapped into this cavern in my mind, and I just write, and these creatures spill out.

Q: You had several surprises in this book, where people are not what they truly are. Yet each of the persons/creatures react in very different ways. Was doing so hard?
A: It wasn’t hard per say, I write each person/creature initially with base ideas, then let my instincts take over with them, and in a way I guess, their own individuality emerges from there. So, just a lot of rewrites as the story progress, until I get them just right… But my Guardians, I know from book 1—well, I usually have an idea as to who and what they are—and what makes them tick from the start of the series. But, it isn’t until I write their books, that I dig deeper and come to know and understand them better.

Q: This story could have been very dark, but you leveled it out by providing happy moments and lots of sexual moments. Job well done!
A: Thank you. I love that they can have those funny/brighter, and sexy moments, no matter how hard life is. It’s what holds it all together, I think. 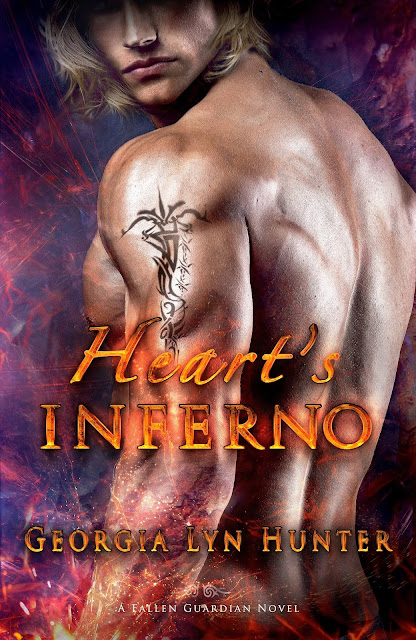 
He’s a killer…
Through the ages, deadly Guardian Týr watches over the mortal realm with a sword that is as blood-drenched as his soul in his quest for vengeance—his sarcasm a shield for the deepening hell inside him. Until one glimpse of a breathtaking, carefree female stops him dead in his tracks…but she’s the one person he can never have. Still, she has to be the most exasperating female on the planet, with a tendency to land herself in sticky situations.

She’s happiness incarnate…
Bumping shoulders with intractable immortals is not Kira Smith’s idea of fun. An unfortunate encounter with a certain annoying, über hot warrior undoes all her hard work, and the homeless boy she rescued escapes back into the demon-infested alleys. Kira’s determined to find the child—even if it means tolerating the arrogant, know-it-all as a bodyguard.

For her, he’ll break every rule…
Thrown together in this treacherous hunt, long suppressed emotions unravel. Týr will do anything to claim the woman who stirs his deepest desire and Kira longs to succumb to the happiness she finds in him. But Fate isn’t always kind, revealing a dark destiny that could very well tear them apart…

As Týr jogged down to the ground floor, Hedori acknowledged him with a nod, and the ice queen who’d reigned during the reception and tacitly ignored his provocations turned, too. Her hazel-green eyes flared in irritation, the color a startling contrast to her luscious, creamy-latte skin.

“Sire, we have a bit of a situation,” Hedori said. “With the fae here, and guests still about, I cannot leave the castle just yet. Would you take Kira home?”

He should leave, walk out. Aethan or another could take her, but Týr couldn’t resist. “Ah, Fluff, you wound me. Truly.”

Her head snapped his way. “Yes…maybe, if I thought for one second there was a heart or soul buried somewhere deep down under that shell,” she said sweetly, tone spiked with venom. She faced Hedori again, sweet as treacle. “How long do you think you’ll be?”

Hiding his amusement, Týr sighed loudly as if put out. “C’mon, Fluff, let’s get you home.”

Hedori nodded to them and departed.

“Thank goodness you’re still here, Kira dear,” Lila breathed. “Would you— Oh, hello, Warrior,” she greeted him softly with a regal incline of her gray-haired head.

Lila usually treated the Guardians injured by those annoying demon bolts with her miracle potions and salves since they couldn’t self-heal that crap fast enough. More annoying, those open wounds acted like a damn tracking device for the hellscums.

Lila glanced back at Kira. “I have to go to Seattle for a few days. The coven has a problem and needs my help. It would ease my mind if you stayed here at the castle until my return.”

“Gran, I don’t know why you worry so much. It’s not the first time I’ve been alone. Besides, I have to go to work. I’ll be okay, really.”

Týr could sense the Oracle’s growing anxiety, though her expression remained serene. It could only mean that whatever had gotten her so worked up was serious. Michael should talk to her. Better if the Guardians knew what trouble was stirring.

Lila glanced at him. “Warrior? Would you—?”

Her horrified yell had Týr narrowing his eyes. He’d be the first to admit that he wasn’t fit company for females to be around for any length of time, but she and the Oracle were under Michael’s protection, and by default, the Guardians’, too.

And he took his damn job seriously.

“It would be my absolute pleasure,” he overrode Kira’s protest with as much sincerity as he could dredge up.

If it were anyone else they would have undoubtedly stepped back at her death glare.

But his own perverse nature when it came to her wouldn’t let him back down. He merely quirked an eyebrow, enjoying her flush of frustration, and sent a quick telepathic message to Aethan. Babysit Ely tonight. Have to do a favor for the Oracle.

Would that have anything to do with a certain bridesmaid who wants to leave immediately? the Empyrean shot back, laughter echoing through their mental connection.

Damn smug bastard. As if he needed another funny-man around. Týr shut off their mind-link with a hard slam.

“Are you leaving also?” Týr asked the Oracle, suspending his silent stand-off with Kira.

“Yes, if you wouldn’t mind, Warrior.”

“Not at all.” He crossed to the enormous front door, opened it, and stood back.

“I’ll go get my coat.” Lila hurried off.
Kira stomped past him with no outdoor wear or scarf. Hell, he’d never known lush lips could thin so much. Týr followed her out into the freezing weather. “Where’s your jacket?”

“Yeah, you are,” he muttered under his breath.

Her head snapped to him, eyes flashing in suspicion.
He cast her an innocent stare.

Scowling, she went back to slaying the trees with her glower.

He shook his head wryly. It must be the drugged air from so many flowers in the castle responsible for him uttering that provocative nonsense.

This is an amazing, yet complex story of never-ending intrigue.
It is a warring, sensual, loving, constantly surprising, and often complicated story. I suppose that is to be expected when creatures of various sorts end up on earth or grab humans and take them to other realms.  What sort of demons and such you ask? Well there is a long list at the front of the book, so you will be prepared...Only I tell you now, that it still will not prepare you for all that occurs in this book. This is an incredible, beautifully written book of dangers far beyond your expectation.

The main characters are Týr and Kira, but the mass of other characters are equally interesting. The quantity of Ancients, Demons, and Demonii plus many other creatures makes life a trial for all.

My only advice is to expect the unexpected.
I give this book 5 stars. Magnificent! 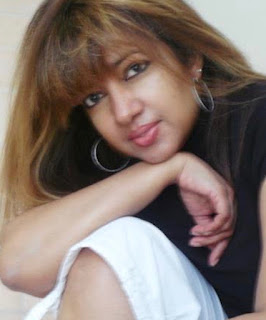 I’ve been creating stories from the moment I could string two words together. No matter the tale, it always has romance woven through them. I’m a hopeless romantic.
When I’m not writing or plotting new books, I like to read, travel, paint, or troll flea markets where I usually buy things I might never actually use because they’re so pretty.
After working in a few jobs all art related, I finally found my passion six years ago: writing. There really is no other job I’d rather do.
Oh, and I hail from the beautiful country of South Africa, but currently live in the Middle East.