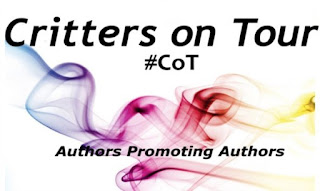 Trained warrior, Birch McKennery learned the hard way to never trust anyone. Until Zev. She breaks all of her rules and falls in love with him. His betrayal stabbed so deep that Birch fled instead of fighting for what she wanted.

Battle honed, Zev Gridnev has one focus - finding his parents' killers. Until Birch. He becomes infatuated with the sexy warrior, lost in her. Then she disappears like mist in the sunlight. At yet another loss, he closes his heart and pours himself back into his first obsession.

When Zev sees an armed figure darting from the exploding medical center, he acts on instinct and tackles the fleeing suspect. Only to discover the suspect is none other than the woman who disappeared with his heart ten years ago.

Forced together, Birch and Zev work to untangle the mystery surrounding the bombing of Kliendorf Medical and discover the plot to a war that began years ago with the murder of his parents. Now the web of deceit has grown to encompass the Mutants to the east, mercenaries, the military and the Brotherhood of Uriel. As they plunge deeper into danger, will Zev and Birch rediscover the love they both thought long dead? Or will it disappear like mist when their mission ends?

If you relish kickass heroines who take no prisoners and alpha males who stand by their chosen loves, you'll enjoy this new adult fantasy romance series.

They rode for hours. Zev had a love hate relationship with her slider. He hated how small it was, a dull ache had set up residence in his back at his hunched position. But he loved having Birch's body cradled against his.

Her voice broke through his musings.

"There's a good place up ahead to rest. Just go a bit slower." She pointed to the direction he needed to take. Following a few more finger points and shouted directions, he pulled the slider into a clearing.

The silence was deafening after the constant wind and dark rumble of the slider was gone.

Lifting the goggles to rest against the top of his head, he took his first look around. Gorgeous. Just ahead the full moon hung dramatically in the night sky, an awe-inspiring backdrop to the massive waterfall and glistening pool. The slight mist made from the falling water hitting the pool gave the entire area an otherworldly feel.

"This is one of my favorite places to camp," she said, climbing from the seat behind him.

He missed her warmth as soon as she slipped off.

Dismounting, he opened the panniers. "Why don't you go get cleaned up?"
She smiled, lifting her bandaged hands. "I need you to help me get these bandages off."

"Do I need to wrap them up again?"

"No, Dahlia said if I kept them wrapped today and didn't use them, then when we stopped tonight I could leave them off. I've just got to put the salve on once a day and do my exercises."

"Damn. That stuff works faster than the gel they used on me and Trevor during a riot we broke up once in Icaria."

"It's new. And even though it's amazing, it smells horrid." She laughed. "So, no sniffing."

"Just means I have to get closer." He teased and snagged her around the waist to scrape his scruff against her neck as he made exaggerated sniffing noises.

Another fit of laughter passed her lips and he couldn't resist the temptation. Leaning in, he slid his lips over the satin smoothness of hers. She opened to him on a moan and clutched his shoulder. It was a signal he'd have taken any other day, but today he wanted something different. Not rushed. And definitely not scraping along the itchy grass with no blanket between them and it.

"Bandages, bath and then we'll hide away for a little while, Birch."

She hummed, her eyes mysterious in the darkness. "Meet me at the waterfall?"

"Determined aren't you." He claimed her lips again and only separated them when he needed air. "No, those rocks are unforgiving. Now, if I could see into the pool I'd be trying that venue, but I can't so it's going to be our tent."

"Now you get it. Hold out your hands and let me get those things off. While you get your bath I'll put the tent up and while I get mine you can do your exercises." He kissed each fingertip before removing the next glove. It didn't matter that her hand stank, it didn't matter that some of the ointment stuck to his lips, what mattered most to him was seeing the healed skin. Still a slight pink, but beautiful. "We're going to need you as healed as possible if the situation gets dicey with your uncle."

She bent to grab her pack after her gloves were gone. "You're right. All the 'have to's' first then," Her eyes trailed over his body and she slicked her tongue across the bottom of her lip, "and then the 'want to's'."

Half hard from that display, he pointed at her. "Evil."

"At least you'll be thinking about me while I'm gone." She teased, sauntering towards the waterfall.

"As if I had ever stopped," he muttered.

After setting up the tent, he gathered firewood and dug a pit. The rest she should be able to handle while he washed away the dust and grime.

She rejoined him just as he finished stocking the fire pit with wood.

Confused, he looked from the tent to her. It was an everyday tent, similar to what everyone used except for the weird coils that snaked out under it. He'd assumed it was something Pop and Kael had designed to make it more comfortable. "I've no idea what that means. I took the tent that was in the corner of your room."

A bright smile replaced the scowl. "Oh, okay." Her eyes turned towards the fire pit. "I thought we were washing up, eating some of the hardtack and trailmix, then going to bed."

"We are, but you'll need to do your exercises in the morning and I won't be functional without coffee."

"I'll set everything up and we'll only have to light it when we roll out of bed," she said immediately catching on to his thinking.

Pressing a kiss to the top of her head, he pointed to a small sack.

"Everything Dahlia sent is in that. I'm off to get cleaned up. There's a shockgun in the tent if you run into trouble."

Birch smirked. "Oh, I'm not supposed to do the damsel in distress call?"

"You, my mist are not and have never been a damsel in distress." He turned and jogged to the water.

CeeRee Fields currently lives in Groningen, the Netherlands with her husband and cat. Since she was born in Alabama and moved to the Netherlands, Dutch is not her first language which gets her into mischief in various stores around town when she tries to speak it.

She loves writing, building worlds that her characters can explore and break if they feel the need. Action, adventure, and love are her favorite things. And when stuff gets blown up who says the guy is the only one who gets to do it?