A Warning from someone who knows...
“We all like to believe we are masters of our fate. However, usually it isn’t true. Somewhere, a person exists, sometimes completely unknown to you, whose slightest action impacts your life.” 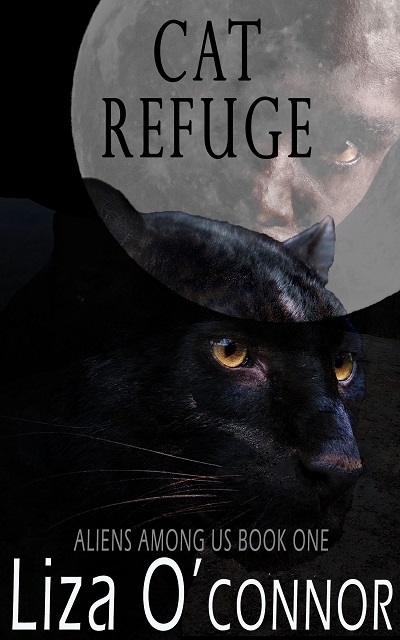 Jason Connors, the head of the FBI, becomes involved in a simple immigration case in which a doctor from Africa has married an American woman so he can enter the United States. Some claim the doctor is not human, but rather a cat-like alien species that can mimic the human form. Determined to discover what is really going on, he sends his brightest agent, Carmella Ginkabo to Africa, to uncover the facts. Courageously, she travels deep into the jungle to learn the truth from the first of this species who originally landed on Earth two hundred years prior. Her discovery alters the future of Earth forever.

EXCERPT
The foliage before her rustled. She strained to focus on the sound but could see nothing but an unnatural blackness.
Is this Death come to claim me?
As the blackness moved closer, it took the form of a large panther. It stood only a few inches from her face, studying her with such intensity that she could do nothing but return its stare.
She had cared and nurtured wild cats for most of her life. Yet, never had she encountered one like this. He emanated power and control. His eyes, which locked into hers, declared intelligence far beyond the possible. His size was almost twice that of a normal panther. He stood over five feet in height and probably weighed seven hundred pounds.
Unlike most wild cats, he looked very well fed.
Catina now understood why the Marobis had left her staked like a lamb. She was their sacrificial slaughter.
Even knowing the cat would soon kill her, she could not help admiring the beauty of the beast. He pressed his nose to her hair and sniffed. Instinctively, she raised her face and sniffed at him. She found his musky cat smell rather comforting. It made her think of the wild cats at home she tended.
She was surprised when the panther’s warm rough tongue ran across her face. She nuzzled her head against his neck in response. She knew all it would take would be one snap of those massive jaws and her neck would be broken. But if she could establish a bond, perhaps, just perhaps, he wouldn’t kill her before her tracker could find and rescue her.
She thought the panther seemed quite intrigued with his lamb. At six feet, she was larger than most of the native women in these parts. Or perhaps her white skin or long silky blonde hair confused him.
“I’m not your average meal am I, big fellow?”
The cat appeared startled by her comment, but after a few more intense moments of scrutiny, he continued to sniff and wash her body with his large rough tongue.

Choose your preferred Book Store!
B&N, Apple, Kobo and more
Through
D2D
AMAZON
CAT REFUGE
ALIENS AMONG US
BOOK 1
About the Author
Liza lives in Denville, NJ with her dog Jess. Having an adventurous nature, she learned to fly small Cessnas in NJ, hang-glide in New Zealand, kayak in Pennsylvania, ski in New York, scuba dive with great white sharks in Australia, dig up dinosaur bones in Montana, sky dive in Indiana, and raft a class four river in Tasmania. She’s an avid gardener, amateur photographer, and dabbler in watercolors and graphic arts. Yet through her entire life, her first love has and always will be writing novels. She loves to create interesting characters, set them loose, and scribe what happens in a myriad of genres.

FOR MORE INFORMATION ABOUT