The Lost prequel to Public Secrets by Liza O'Connor

Jed, his dog Jaz, and my kittens
In the lost prequel to Public Secrets, Billy, based on my real-life creepy stalker fan, enters the house of a young female DJ and waits for her to come home. Only another woman arrives and in the dark Billy kills the wrong woman and then himself. The dead woman turned out to be the station engineer’s wife.

Here’s the real background to the story. I did have a phone stalker who threatened to kill me when I was a DJ, and I did have a crush on my station engineer, but nothing happened because he was married.

Still, I really liked Jed. Here’s an example why: One day, on my hour drive to work, I discovered my momma cat had moved her kittens to my car. Fortunately, they let me know they were beneath the front seat before I reached the radio station. (It was hot enough they would have died if left in the car.) So, when I got to the station, I put them in a cardboard box and left them in the snack room while I went on air. (The kittens were hungry and crying, so no way could they stay with me.) 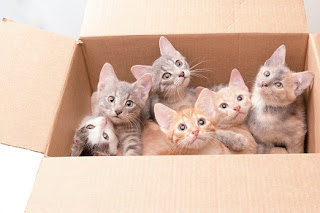 Once I got everything set up for my show, and put on a long record to start off my three-hour show, I hurried back to the snack room to see if I could find milk in the fridge for my starving kittens.

To my surprise, Jed is feeding my kittens milk from a saucer on the table. There were a couple of the kittens that wanted to explore rather than eat. Jaz, Jed’s fabulous shepherd, kept nudging them away from the table’s edge to prevent them from falling off the table.
Jed had a weird sense of humor. “I tried to feed them to Jaz, but the damn dog won’t eat them…too scrawny.”
I kissed his dog, Jaz, on the top of its head and ran back to work before my song ended. I really liked Jed. I thought his dry and often inappropriate sense of humor was funny. By the time my show ended three hours later, the kittens were back in my box, which was now lined with someone’s sweater. All the kittens were sound asleep with Jaz sleeping beside the box.

I interrogated Jed about where he got the sweater. He just shrugged his shoulders. When I pestered him further, he admitted it had been in the closet for several years. Then he said Jaz had eaten one or two of the kittens, no doubt to distract me from the sweater. Since I had already had done a headcount and knew they were all there, I just petted Jaz.

I have no idea what happened to the first story I wrote where Jed and I give into our feelings. (Something that never happened in reality) All that’s left of the first story is a paragraph in Public Secrets where my heroine shares a bit about her past with the FBI agent.

An Excerpt from Public Secrets

Luke sighed. “How old were you?”

“Were you having an affair?” Luke asked. He knew the answer, for he was very familiar with her background. But he was curious how honest she planned to be.

She shook her head. “It’s ironic. Angie had been accusing Jed of sleeping with me for months. Her accusations had practically driven him into my arms.

The reason I didn’t go home that night, the reason Billy killed her instead of me, was because I was with Jed for our first and only time. That infidelity saved my life but almost cost me my sanity.”

Luke frowned. He was uncertain whether she had spoken the truth, but unable to prove it a lie. The file suggested the affair had been going on for months, based entirely on second-hand speculation. However, the only night the investigator could actually verify the two had stayed in a hotel room together was the night of the murder.

“The reporters were horrible, stalking me day and night. I couldn’t stand it. I quit the station and moved to a new town, changed my name to Carla Simon and hid in my house, too afraid to go out in case I might be recognized.” 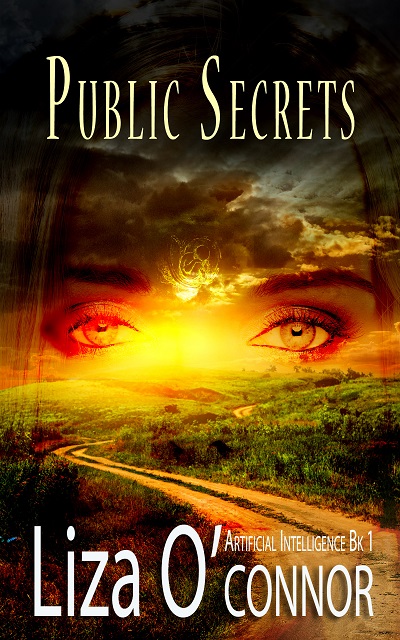 About Liza
Liza O’Connor was raised badly by feral cats, left the South/Midwest and wandered off to find nicer people on the east coast. There she worked for the meanest man on Wall Street, while her psychotic husband tried to kill her three times. (So much for finding nicer people.) Then one day she declared enough, got a better job, divorced her husband, and fell in love with her new life where people behaved nicely. But all those bad behaviors have given her lots of fodder for her books. Please buy these books, because otherwise, she’ll become grumpy and write troubled novels instead. They will likely traumatize you.


You have been warned.