A bit about the past….

Seven hundred years ago, Rainier was forced to marry an ungainly tall creature named Alise. Thus, the beginning of their marriage left them both angry and resentful, for neither liked the mate that they were forced, by the King, to marry. 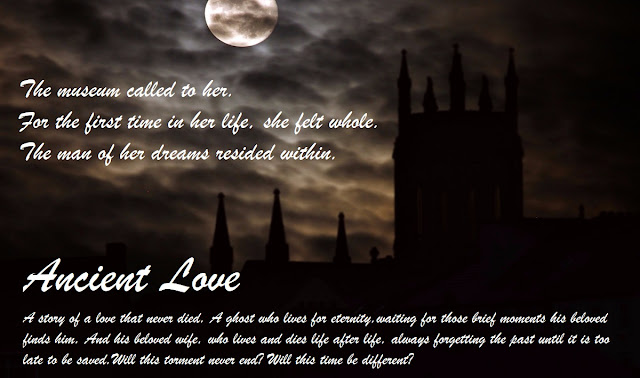 Soon Rainier discovered his unwanted wife to be intelligent, helpful, and much stronger than her tall, thin frame would suggest. He regretted having ever called her hideous because he now thought her the most beautiful woman he had ever seen.

Alise, likewise, had softened her view of Rainier. He was not arrogant, as she first assumed. In fact, he was kind, generous to his people, and had no trouble helping out when an extra hand was needed. He was, in fact, the finest Duke she had ever known.

That was not what King Edward had intended to happen! He had wanted the two to fight like cats and dogs, so when Rainier finally killed the shrew, Edward could have him hung and take his land.

Since his first plan wasn’t going to work, he concocted various schemes to get rid of Rainier, but they never worked. Upon seeing Alise in an enchanting blue gown, he decided to make her his mistress. Only the female would not cooperate, resulting in her death the night before her 39th birthday.  Rainer attacked within hours, but Edward’s soldiers lay in waiting and Rainier died…or should have done so. Instead, he became a ghost who tormented Edward through the remainder of his life.

The bond between Alise and Rainer refuses to break. He lives as a ghost waiting for her return. She lives one miserable human life after another. Her only chance for happiness is when she nears the ghost of Rainier. Only then will she remember her true love and experience true joy.

However, she always dies the night before her 39th birthday in a brutal fashion and there is nothing that Rainier can do to stop it!

WILL THIS TIME BE DIFFERENT? Alice, the wind whispered.
She suddenly stopped before a grand old building. There was something familiar about it. It seemed to beckon her to enter, promising her peace of mind. She desperately needed solace after the brutal critique she received from her art instructor today.
“Your work is pedantic and boring. It lacks soul! I must be honest with you, Ms. Dunn, what is missing cannot be taught or learned. You either have it or you don’t, and you, Ms. Dunn, do not have it. It is early in the session. Perhaps you should see if the school will provide you a partial refund. You are wasting your time and mine pursuing the arts. I’m sorry to be so blunt, but it must be said.”
He didn’t look sorry to be crushing her dreams. In fact, he looked pleased, as did most of the class who listened to her humiliating critique. A few looked embarrassed for her, one even looked sympathetic, but most seemed to find her expulsion amusing.
Why would someone find the destruction of another’s person’s hopes and aspirations amusing? What type of bleak soul would enjoy such a moment?
She entered the building and discovered it to be a museum. According to the leaflet she picked up, the museum’s location had begun as a seventeenth-century mansion built around the ruins of a twelfth-century castle. Many of the pieces within the museum came from the archeological digs about the ground and from the castle itself.
The seventeenth-century owner placed preservation over style, and thus, had his home built around the stone castle, incorporating its stone walls into the layout and structure of his home. The leaflet promised the viewer they’d never see another house so oddly built, nor so large of collection of the day to day tools, furniture, and accouterments of the past centuries in any other museum.
All this for only a two-pound admission.
Two pounds, Alice sighed. She’d have to go without lunch.
Her breakfast had consisted of the back slice of bread one of the kids at the hostel had thrown out with the plastic bag. She really should have lunch.
She turned to go, but she couldn’t. The place literally called to her soul…the one her instructor claimed she didn’t have.
Alice.