JC ANDRIJESKI shares her fried and stretched brain, plus two of her series & a new pic reveal

THE WORDS ARE ALL JC'S

I’m in the thick of editing/re-writing right now, about to re-launch and re-brand of one of my main series, so my brain’s a bit fried, I admit. 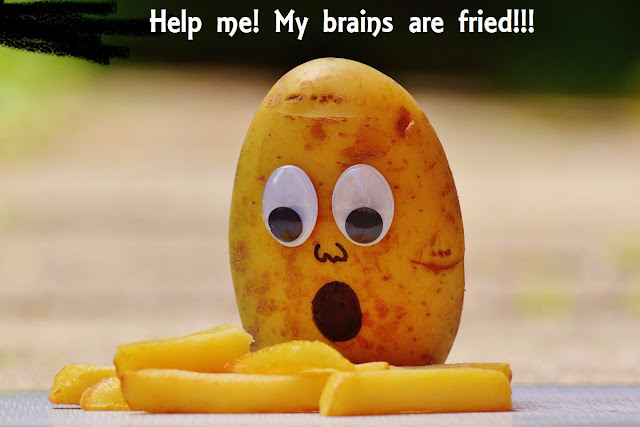 When I finish this rebranding project, I’ll be writing the last book in the same series arc, so I have mixed feelings, too, as these are characters I’ve completely fallen in love with. They’re like family to me, so saying goodbye will break my heart––which just goes to show some of the schizophrenia-type stuff writer’s brain causes at times.

Anyway, all of that is a long prelude to saying, my brain is stretched a bit thin right now. As a result, I asked my readers what would be a good thing to talk about on here.

The suggestion I got was to discuss the differences between the two central couples in each of my science fiction worlds: the QUENTIN BLACK world and the BRIDGE & SWORD world (previously titled “ALLIE’S WAR” - this is the one about to be re-launched), so that’s what I’m going to attempt to do, below.

These two worlds actually have some crossover, too, since both involve a fictional race of beings called “seers” who look like humans but are genetically different, born with highly-functional psychic abilities and different physiology. They are also highly sexual, emotionally volatile, and have relationships that tend to make them biologically dependent on their mates. 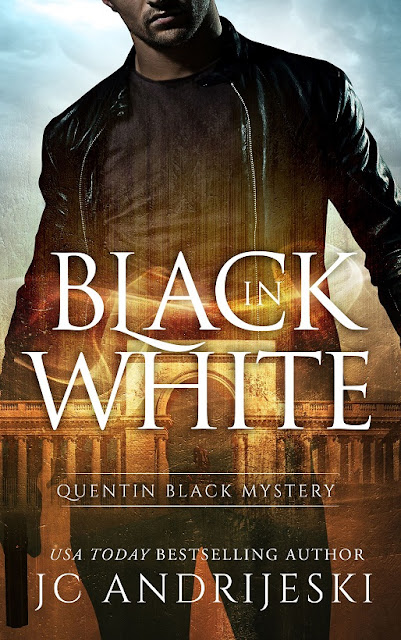 The QUENTIN BLACK world is a lot closer to our own, and stars psychic detective Quentin Black, who ended up in this world more or less by accident. He survives by impersonating a human, making money off his psychic ability on the stock market, and as a private detective and military contractor. His partner, Miri Fox, is a forensic psychologist who works for the cops. She first meets Black during a murder investigation, where he discovers she is like him. 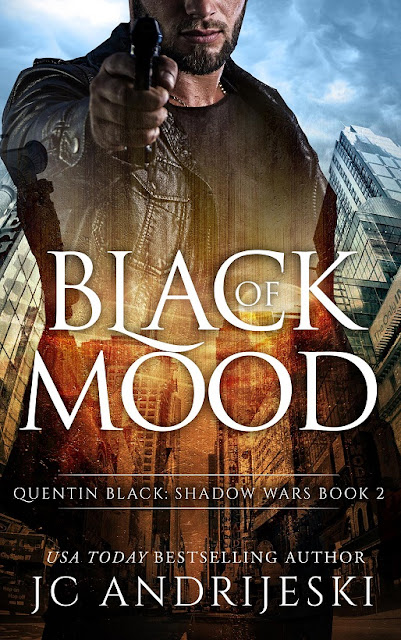 The BRIDGE & SWORD world is more of a true alternate history version of Earth, and an alternate dimension to the one that exists in the QUENTIN BLACK world. There, Allie Taylor grows up thinking she is human, only to be kidnapped by Dehgoies Revik, who informs her she’s a seer, like him, one hidden among humans and believed to be the reincarnation of a being meant to usher in the apocalypse.

So in some sense, there’s a similarity there, with Allie and Miri. Both grew up thinking they were human, only to find out they were something else.

To me, the similarities really stop there, though.

I’m noticing that a lot right now, having just completed a book in the QUENTIN BLACK world and now switching to the BRIDGE & SWORD world. The “voices” of Miri and Allie are pretty different for one. In some ways, they are almost opposites.

On the surface, Miri is a composed, mature woman with a scientist’s mind. A military vet and highly educated psychologist, she is inherently skeptical of Black and his claims about who and what he is. Yet, underneath that, Miri is a kind of hotbed of suppressed emotions and irrational feelings she’s been taught since she was a child to hide by her own seer father. The more she gets involved with Black, the more that side of her comes out––predatory, volatile, non-scientific, intense, intolerant of Black’s b.s. yet fiercely protective of him. The person she really is actually terrifies her on some level.

Allie, funnily enough, is almost the exact opposite of this. On the surface, she’s kind of a slacker when she first meets Revik. She’s a waitress and tattoo artist living in San Francisco, and apart from taking care of her grieving, alcoholic mother, she’s pretty adrift, in a “holding” pattern after her long-term musician boyfriend dumps her after cheating with a hot groupie.

Under that, however, Allie is solid steel. She’s one of those born leaders with the ability to strip every personal and emotional consideration from the equation to reach the goal she feels is “right” for everyone. She’s ruthless on some level––but she’s also got a big enough heart to be ripped apart by her own ability to do this. She’s the type of person who is born to make the seriously difficult decisions, including when it comes to Revik.

The mates of both of these woman suit them, but in very different ways.

Revik is like Allie in the sense that he can make the difficult decisions, but he’s less practical than she is, and more guided by emotion than mind, despite how intelligent he is. He’s more of an idealist than Allie, funnily enough, and will throw himself with (often self-destructive) abandon into causes he believes in––whether political, spiritual, romantic or family-oriented––with almost no consideration for how his actions will affect him personally. He will do anything, literally anything, for the people he loves. Maybe ironically, this makes him extremely dangerous, as he can’t always weigh the greater good, or see things in shades of gray.

Black is a different animal entirely, although he and Revik share a background of childhood trauma to a degree, as well as a military and soldiering orientation. Unlike Revik, however, who tried to redeem himself by embracing a more spiritual and idealistic existence, Black veered far, far away from spirituality and idealism, choosing to put his faith in his own ability to take care of himself–-in part by accumulating wealth as a buffer against anything that might try to take his freedom from him again. Like Allie, he has the ability to strip all emotional considerations from goals he wishes to attain (especially those that threaten his sense of safety / autonomy). Unlike Allie, however, Black often does this for selfish or trauma-related reasons, not out of some sense of the “greater good.” It can make him act in ways that are borderline sociopathic.

That being said, Black is a lot of bluster in many ways. A big kid, emotionally at least, he struggles with his newfound dependency on Miri, while at the same time doing everything he can to tie her to him in any way he can. Unlike Revik, he never knew love before he met his mate, not even with his family, so in some ways he has to learn how to stop thinking about himself and incorporate another person into his life and goals––if he can.

Anyway, that is Allie/Revik, and Black/Miri… my current thoughts on them, at least.

If you want to learn more about me or these books, check out my website at: http://jcandrijeski.com, or the links above, and thanks for reading along!

NOTE FROM LIZA: I CHECKED OUT THE WEBSITE IN THE ABOVE LINK AND IT IS SUPER COOL. BEST I'VE EVER SEEN. CHECK IT OUT IF YOU HAVEN'T DONE SO BEFORE!