The Adventures of Mari Shu: Book 3 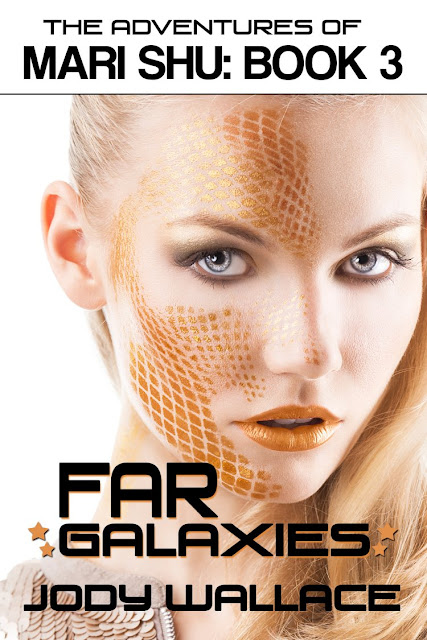 About the book: Mari Shu, a factory drudge in the year 4000-something, must choose how to protect her sisters, her purity, and her own conscience in a bleak futuristic society that’s been polluted by smog, rampant commercialism, tacky jumpsuits, sexual perversions, unjust socioeconomics, interstellar travel, and inconsistent use of the Oxford comma.

In this third exciting, universe-spanning adventure, will Mari Shu and her sweet sisters find love or mystery on the SS Rentaprise en route to the planet where they hope to start a new life…or will they fail before the ship ever arrives? Mari Shu has to battle aliens, sexual urges, evil computers, crash landings, and more before she ever gets her happy ending.

Warning: Book contains offensive material. Buttloads of boatloads of offensive, vulgar, disrespectful, and possibly triggering material. Sexual, political, economic, racial, physical, typographical, religious—really, trying to hit all the big ones. Please make sure to sign your correct name to the hate mail so we can give proper credit in the follow-up volume entitled, “The Hate Mails to Mari Shu.”

PREVIOUS ENTRIES IN THE SERIES (but they do stand alone)

Unsurprisingly, I’ve always loved science fiction. Books, movies, TV, from the good stuff to the bad stuff. But it was when I read The Hitchhiker’s Guide to the Galaxy in mumble-mumble year that I discovered just how very much I loved comic science fiction. While SF could be heady, introspective, adventurous, deep, whiz-bang, and mind-bending, it could also be whacked out and hilarious.

Combining that with a branching fiction structure – choose your own adventure – and romance and erotica seemed like a natural fit when I wanted a change of pace from the rest of my more sedate catalog of books. Branching fiction is actually growing genre with the increase of people reading ebooks, which enables clicking the links, easier than flipping pages in a paperback. I’ve seen books and apps with similar structures get pretty popular, with all sorts of game offerings that are basically just illustrated choose your own path books. And Mari Shu, of course, is a riff on the “Mary Sue” character of fanfic fame who is the most perfect lovely individual ever to grace the pages of non-canon stories and often an author stand-in, though I guarantee that Mari Shu is no stand-in for any author I know!

Thus the Mari Shu series was born. It’s more a labor of love than a commercial effort, but I do love writing it. I hope you enjoy this short introduction to the series and realize how many interesting offerings the world of branching fiction and apps has in store for you.

Mari Shu Three Million Even, a worker in a widget factory in the far flung future, did these things at the beginning of the story:

1) Received a pay cut from EvilCorp. Again. Because Evil.

2) Trudged home through an ugly urban landscape, since “trudging” is more dystopian, depressing and onerous than merely walking and certainly more evocative than skipping or lollygagging or something like that.

3) Got hit on by a fellow widgeter, a rare occurrence for poor Mari Shu with her unfashionably lush blond hair, big boobies and creamy, milky skin in a society that values dark, shimmering hair, orange skin and stockiness. She turned him down.

4) Mari Shu thought some stuffy stuff about how she’d vowed to her grandmother that she’d never become a sexxorer and her mom had been a sexxorer and women in her social class—the millioners—have sealed up vaginas and the author assured you that there was no reason to bother your pretty little heads about things like “menstruation” and “how did her mom have babies” and “stuff like that”.

5) She arrived at her flat on the seventy-seventh floor where her sisters, whom she supports, waited eagerly for her and their dinner.

6) In a very convenient way, her sisters revealed that they’d allowed their landlord Gerald Scumbag to vaginally sexxor them, putting them at risk for deportation to the Venusian penile colony (and yes, the author is hip to homonyms) since female millioners aren’t allowed to remove their vag seals unless they become registered sexxorers.

7) In a similarly convenient way, their Scumbag landlord raises their rent and Mari Shu realizes she’s got to figure out a new way to support herself and her sisters that doesn’t involve sexxoring, since that’s Book 1: Earthbound Passions. She opts to board an interstellar colony ship at the Relocation Commission, or RLC.

8) In book two, Mari Shu chooses the vessel traveling to nearby Mars, but in this book she makes another choice…a more mysterious and adventurous one. We’ll continue with the initial segment at the RLC, and if you already read Book 2 and have a fantastic memory, unlike the author who currently can’t find her car keys, you can JUMP AHEAD TO THE BIG DECISION…

Mari Shu fidgeted with her jumpsuit collar as she and her sisters stood in line at the Relocation Commission. She’d spent the last of her credits on goo tubes and a taxicraft to transport them to the RLC, positioned in the area that had been known as Florida in the 21st century. Now it was one of the least optimal sectors in the North American District due to the smells.

Unlike the Sexxoring Commission in the less smelly northern portion of their great district, the RLC boasted no neon archways, no flashing lights, no air purifiers, no hoverwalks, no portals for instant transportation from location to location in the vast complex. Mari Shu had visited the SXC many times as a child, dragged behind her mother when she attended the seminars and health inspections required of every sexxorer. On their own dime, of course.

The RLC, on the other hand, was as drab and featureless as any slum apartment complex. In fact, considering the breadth and height of the building, stretching into the sky further than her eyes could see through the brackish, blackish, looming smog, it wouldn’t have surprised Mari Shu to find out that it was a decommissioned apartment building.

Decommissioned as unsafe for human habitation—but fine for the RLC’s uses. 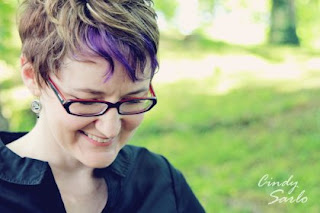 Jody Wallace writes sf/f romance, paranormal romance, and contemporary romance. After growing up in the South in a very rural area, she went to school a long time and ended up with a Master's Degree in Creative Writing. Her resume includes college English instructor, technical documents editor, market analyst, web designer, and general, all around pain in the butt. She resides in Tennessee with one husband, one Grandma, two children, six cats, and a lot of junk. You can find out more about Jody at: