(Liza thinks space towels are inherently funny)
Today, I've invited over an expert in Humor and Romance. As you know, 80% of readers think I am hilarious, and the other 20% thinks I'm not funny in the least. So I invited Tara Quan to share her take on humor.
Now behave and read quietly, please.

On Humor and Romance
I’d like to thank Liza for having me over today. We ran into each other on Facebook, and I’m very excited to check out her little spot on the Internet.
Writing a post apocalyptic romance lends itself to some dark themes, but I’m a firm believer in humor. No matter how dangerous the situation, I try to find ways for my characters to make each other laugh. Liking someone is, after all, the basis of loving someone, and no relationship would last without the occasional giggle and smile.
I’ve read countless books that have made my heart ache, that left me in tears as I follow characters down torturous paths. What keeps me reading, what makes me root for the happily ever after, are the moments when those same characters manage to bring a twinkle to each other’s eye.
After all, without a touch of humor, their romance wouldn’t be quite as fun.
And here's a bit of info about Tara's latest book:
Catching Red 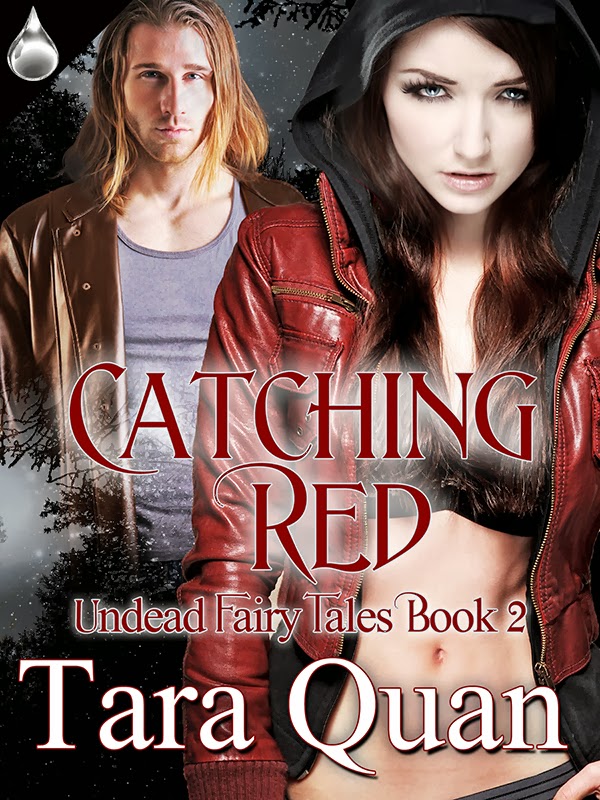 Scarlet “Red” Ryding is on a mission. To prevent mass suicide, she must fulfill her grandmother’s evil wishes and return posthaste. With knives in hand, she dives headfirst into an abandoned hospital full of zombies. But after getting trapped within, she is forced to accept help from the world’s most dangerous predator—a man.
Covert Agent Marcus Woodsman received strict instructions against interfering in the affairs of nomads. As a spy for the Federal Military Agency, his mandate is to observe and report. But when he finds a little redhead caught in the center of a brain-eater swarm, conscience compels him to put his ax to good use. By the time he realizes this smart-ass scout comes equipped with a world of trouble, it’s too late—he would do anything to keep her safe.
As Red and her Woodsman work together to survive undead, brave a snowstorm, and bring down an evil cult, they learn to laugh, love, and fight for happiness. The second book in Tara Quan’s Undead Fairy Tales series, Catching Red is a post-apocalyptic thriller with a happily ever after.

Scarlet woke to the delicious smell of charred venison and cooking fruit. The rusty feeling between her joints was gone. She rubbed her crusted eyes as she curled into a sitting position. For the first time in months, she felt energized and rested.
Her bed ended where the kitchen area began. Marcus stood in front of the wood-burning stove, his back facing her. Even with his neck bent and spine curved, his blond head grazed the low ceiling. He wrapped a thick cloth around his hand, lifted the cast-iron skillet, and turned in place. He plunked it down on the circular stone tray at the center of her small rickety table. Her first and only attempt at carpentry creaked but didn’t fall apart.
She lifted an eyebrow as she scrutinized the skillet’s contents—seared smoked venison covered with slices of dried apple. It was an interesting meal choice.
Perhaps in reaction to her quizzical expression, he turned his palms up and defended his creation. “The food store in your basement is a mess. This was all I could scrounge up.”
She frowned. “I packed and stacked everything in alphabetical order.”
His broad shoulders rose and fell. “Your system didn’t make any sense. You’ll have to explain it sometime. Either way, this beats the MREs I fed you during the snowstorm. Come on. Your breakfast is getting cold.”
She grabbed the worn quilt and wrapped it over her shoulders. She was about to lower her feet to the cold floor when she saw him shake his head.
He walked over to the foot of her bed. The length of his torso and arms easily spanned the small area separating the cottage’s sleeping and eating spaces. He leaned forward and grabbed the edge of the table with both hands. When he brought his elbows into his body, the piece of furniture with all its contents slid as if on wheels. It stopped a few inches away from the bottom edge of the mattress. He stepped around it, then pulled up the only chair, and sat.
Scooting over, she sniffed the food. The smell made her mouth water. “Why are you being so nice?”
“I’ve always been nice.” He used his knife to spear a piece of seared meat and raised it to his mouth.
Scooting over, she sniffed the food. “You only did it to get me to have sex with you.” 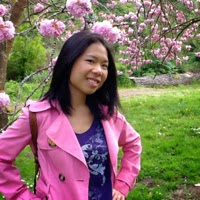 Tara Quan
Globetrotter, lover of languages, and romance author, Tara Quan has an addiction for crafting tales with a pinch of spice and a smidgen of kink. Inspired by her travels, Tara enjoys tossing her kick-ass heroines and alpha males into exotic contemporary locales, fantasy worlds, and post-apocalyptic futures. Armed with magical powers or conventional weapons, her characters are guaranteed a suspenseful and sensual ride, as well as their own happily ever after. Learn more at www.taraquan.com

Private message to Tara.  Do not read if you are not Tara
Tara, I'll be keeping you for three days because some of my readers are zombies and it takes them awhile to show up.
Posted by Liza O'Connor at 12:00 AM