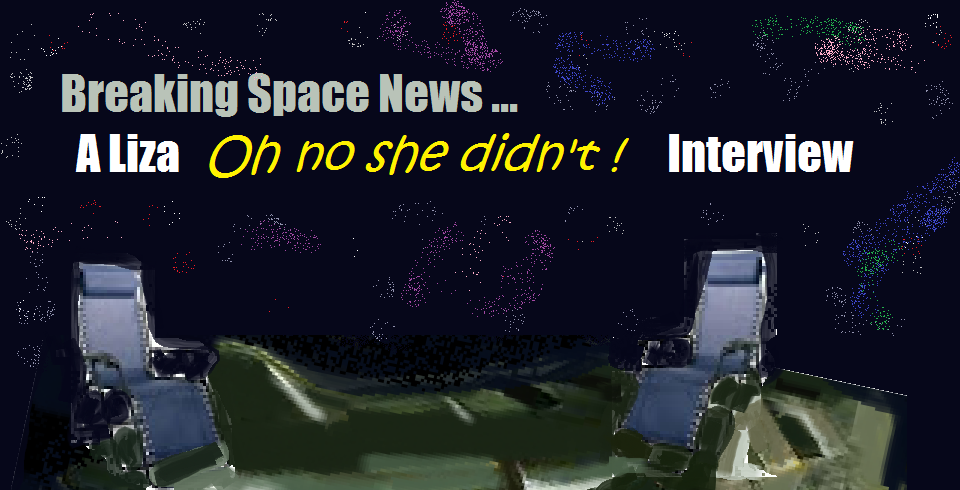 It's taken a very long time, but PK Hrezo has agreed to step up and let Breaking News report on our interview. They aren't very accurate and I have no control over them.

You Have Been Warned
even if you can't read said warning.

Liza: PK, Welcome. Grab an Oxygen tank and have a seat. I'm trying out my new Tardisuit. 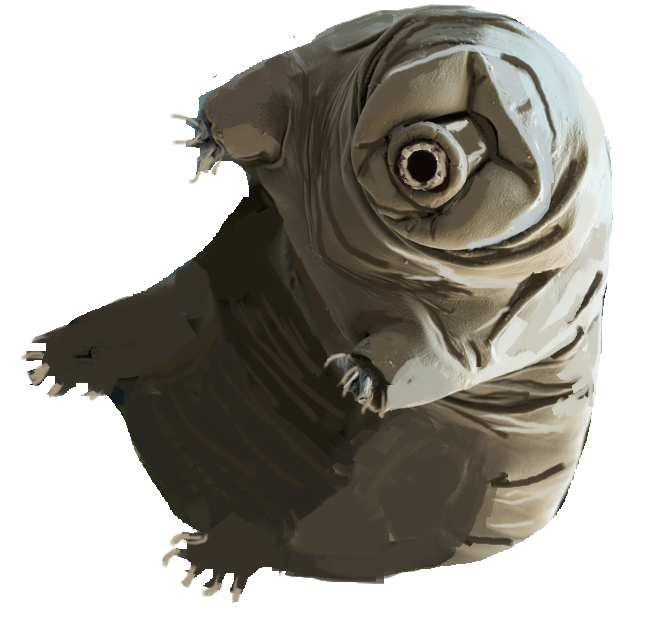 It's not as comfy as I hoped. Turns out there is a lot of equipment inside this suit. And while they managed to deal with the fact I only have 4 appendages instead of eight. They failed to make the legs come out the bottom where the composter resides.

PK: I teleported from my ship. I don't have a spacesuit.

Liza: No problem, I've a spare.

Liza: So let's begin the interview:
Describe your spaceship and how you came to own it…if you do own it.

PK: It’s shaped like an oval with transparent siding that ripples with iridescence when touched. Titanium tubing surrounds the vessel like bony fingers clutching a crystal. It doubles as a time machine, since space and time are relative, and although I don’t officially own it, I can borrow it any time I want since I’m very close with the owners at Butterman Time Travel, Inc.

BREAKING NEWS!!!!Butterman Time Travel  is being investigated by the SEC for misappropriation of its spaceships.
According to our source, CEO of BTT allows his mistresses to use their ships to time travel on the sly. The Intergalatic Customs Empire has put out an all points bulletin for PK Hrezo for crimes to be determined at a later date.

Liza: Oh don't listen to Breaking News. They always get facts wrong. I'm sure the CEO only has one mistress and as long as you wear that suit, no one will recognize you. So tell us something interesting about amoebas.

PK: As a child I grew up on a lake and the general rule was, “No diving.” This is because amoebas are known to be stirred up in the silt and mud at the lake bottom and can be thrust inside your nostrils where they will burrow into your brain and, oops… your dead!

Liza: And yet they seem so friendly... The little guy is laughing with pure joy. Speaking of which, do you think humor and romance have a place in Sci Fi?
PK: Absolutely! I incorporate both into my work. I consider my time travel series sci-fi romance. It’s heavy on humor with a sassy goth-glam eighteen year old time-craft pilot and a cocky but loveable boy band hottie as they butt heads on numerous occasions.

Liza: Sounds good. We'll learn more about it once we finish this interview. Right now, describe your best day ever.

PK: I was about twenty-four and went down to Costa Rica with friends. There we rented horses and hired a horse guide and rode through the rain forest to a beautiful grotto with a huge waterfall. We swam and frolicked, then as we made our way back to the ranch, it began to storm so we pulled off into this little overhang of a shack and sat on our horses in the middle of the rain forest and watched the rain come down. It was the most tropical setting ever.

Afterwards, we dipped in the hot springs at the base of the volcano where the natural pools are heated by the volcano, and as night fell, more stars than I’ve ever seen in my life appeared, right above the neon red lava that began to bubble and spurt from the volcano. We were giddy on nature itself. Best day ever.

Liza: That does sound nice. If you get arrested, cling to that memory.

PK: Hold on! You said they got everything wrong.

Liza: They do. But inexplicably, no matter how often they are found to misrepresent the news, people still react as if they are credible. But you're safe as long as you wear the suit. Humans can tell one tardigrade from another. So what event occurred in your life that has influenced your novels?

PK: Everything! Love, heartbreak, friendship, all of it. And going to lots of outdoor concerts as a new adult helped me authenticate the Woodstock scenes in Butterman Time Travel, Inc. Book 1.

Liza: What is your favorite part of writing?

Liza: Is there anything you don’t like about being a writer?

Liza: Ah, the author's curse. How does your family feel about your writing, your many coffee stains and your spreading self?

PK: Very supportive, but they could do without my scattered story brain when I’m in draft mode.

BREAKING NEWS!!!!
PK Hrezo has scattered her brain throughout the galaxy. We will greatly miss her fabulous sci fi time travel series.

Liza: Good. Maybe they will go home now. What part of your book took you most out of your comfort zone?

PK: The occasional cursing from my characters. I’ve never had characters that cursed before but these ones did and I couldn’t censor them, so I let it fly and it made me a tad uncomfortable. Not that I’m a prude, language doesn’t bother me, but I try not to use it because I don’t want my kids to pick it up.

Liza: Yes, you can prevent your children from picking up curse words if you put them in a bubble with no access to any media.

Breaking News: Before scattering her brain, PK placed her children into anti-sensory bubbles. Child Welfare Services have been notified.

Lisa: Ignore that. I'm sure your kids are fine. Cursing like pirates, but fine.  Who's your favorite character in the book & why?

PK: Definitely Bianca Butterman. She’s someone I’d want to hang out with. I love writing her sassy, but naïve personality. She’s not afraid to be who she is and I love that about her.

Liza: How would you describe your relationship with your muse?

PK: I can’t keep my muse at bay. I could really use a break because I’m up to my ears in story ideas but no time to flesh them all out!

Liza: If you met an alien from outer space, how would  you explain what you  (as an author) actually do.

PK: I word-vomit onto the page and call it creation.

Liza: Tell us the stupidest thing you’ve ever done.

PK: Swallowed live minnows on a dare. I told you I grew up on a lake. My brothers and I would dare each other to do stupid stuff and one day I had to catch a minnow and chuck down my throat. So gross.

Breaking News!  PK's strange recent behavior (such as agreeing to be interviewed by Liza O'Connor, whom Breaking News doesn't not find funny in the least) may be caused by Brain Amoebas that were in the live minnows PK ate when a child.

Liza: If you had to live on a deserted island with one author, who would it be?

Breaking breaking News!  The brain amoeba theory has been confirmed and has escalated to zombism. PK Hrezo plans to consume Stephen King's brain.

PK: Liza, this has to stop!

Liza: Breaking News has gotten out of control.

Liza: I've got an idea. Time travel back and change all the laws you've broken today so nothing you did is illegal. It may take a bit of time because you have gotten yourself in soooo much trouble, in so little time. You are truly gifted PK. I hope you survive this because I want to read all your books. 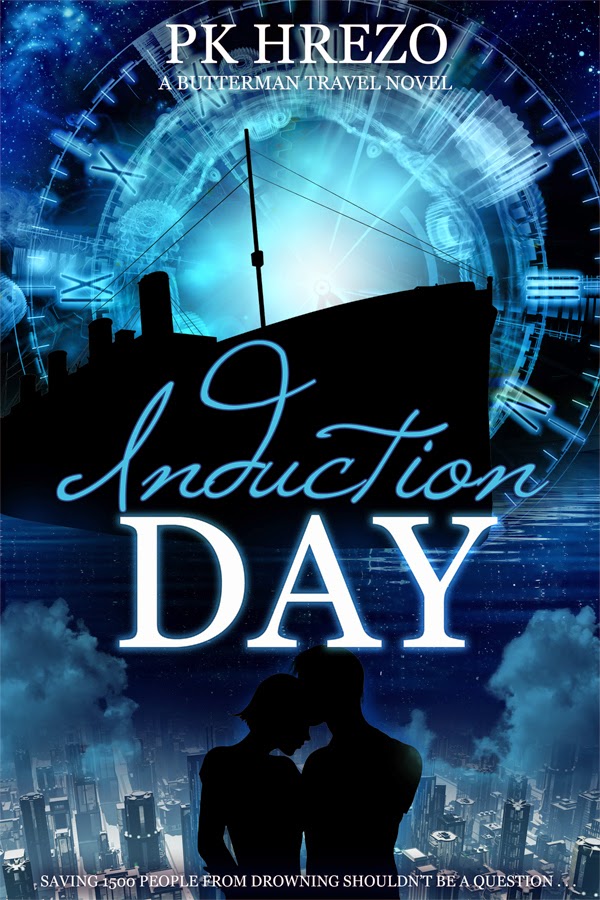 The year 2069 is coming to a close, and eighteen-year-old Bianca Butterman's time-craft license is finally official. She's ready for the Induction Day she’s waited for since she was a kid—the one that will secure her name on the Butterman family tree of time travelers. But ever since the media discovered Bianca is pop superstar Tristan Helms’ latest new honey, everything Bianca does or says becomes a target of criticism. Having her professional credibility topping the gossip sites across social media is an open invitation for the government to step in and regulate Bianca’s Induction. Now she will have to ask herself if saving 1500 people from drowning is worth losing everything she’s ever worked for, including the Butterman family biz.

Welcome to Butterman Travel, Incorporated; a full service agency designed to meet all your exclusive time travel needs. We’re a family owned and operated business with one hundred years of experience. A place where you can rest assured, safety and reliability always come first.

Anxious to attend some special event from the past? Or for a glimpse of what the future holds?

You’ve come to the right place. We’re a fully accredited operation, offering an array of services; including, but not limited to: customized travel plans, professionally piloted operations, and personal trip guides. *Terms and conditions do apply

Use our Web conferencing to contact our frontline reservation specialist, Bianca Butterman, who will handle all your inquiries in a professional and efficient manner, offering a tentative itinerary and free fare quote, so you can make the most of your time trip.

We look forward to serving you at Butterman Travel, Inc., where time is always in your hands.

Okay, this is weird. Why do I feel like a total prude around this chick who’s old enough to be my great, great, great grandma? And who’s got her collar buttoned up to her neck and the hem of her dress grazing her ankles in crew-enforced modesty.

But that thought is interrupted with something far less trivial—a fact that’s so morbid my mouth goes dry. I remember Adelaide’s fate aboard Titanic. She doesn’t survive.

Dread wells up inside me now, and even though this person has been long dead in my own timeline, she’s alive and energetic in hers. And perfectly clueless of what’s about to happen.

Book 1 is available for all venders here 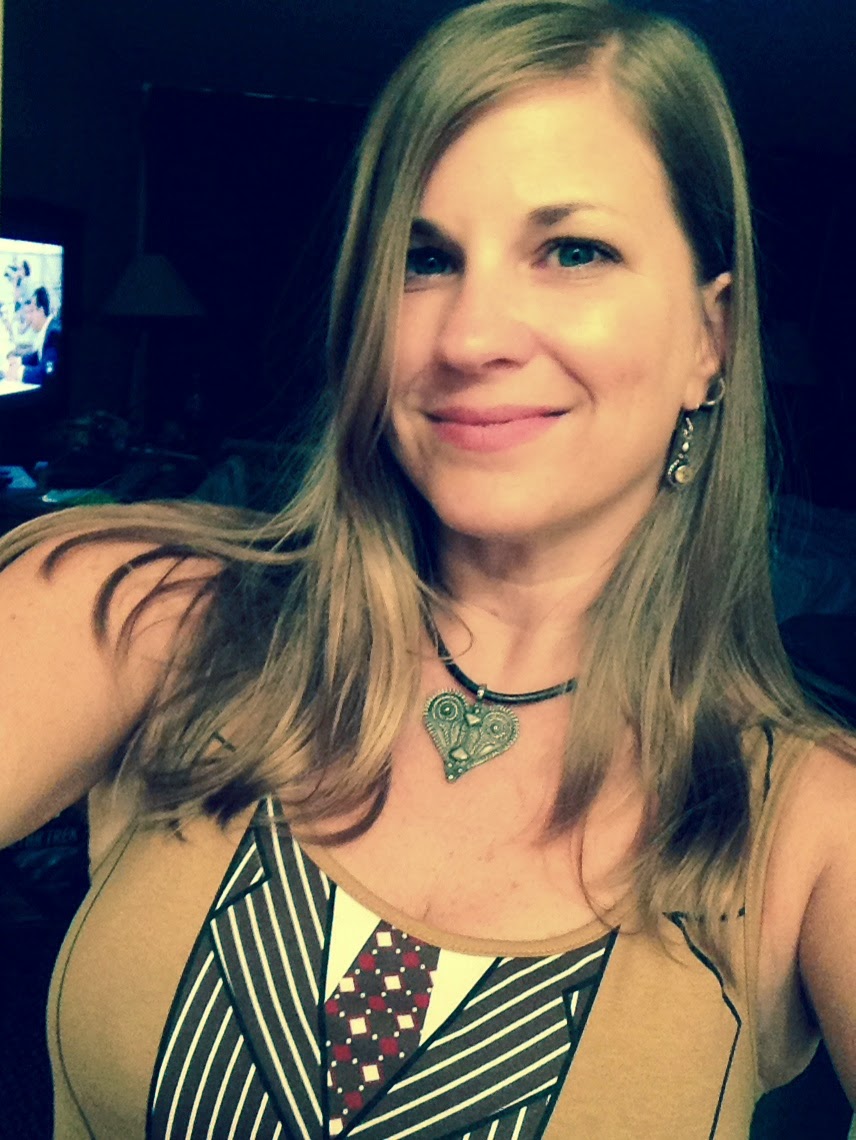 PK Hrezo is a native Floridian rarely found without her flip flops on. She shares her home with her firefighter husband, their two children, and big dog named Ripley. When not creating characters and their worlds, PK can be found at her other job of rearranging passenger’s itineraries for a major international airline. The only hobbies she loves more than traveling are reading, writing, and music, and when the four are combined she exists in total bliss.