Scouring the multiverses I've located an excellent box set of 11 Sci Fi Romances you must buy.  I also transported over one of the authors and extracted a very fine memory from author Greta van der Rol's brain about a conversation she had with her main character from The Iron Admiral: Conspiracy.

Nope, there are no lengths to what I'll do to entertain you.
I give you Greta:

I'm excited to tell you that our science fiction romance boxed set, Nebula Nights, is now available in a new and improved second edition. 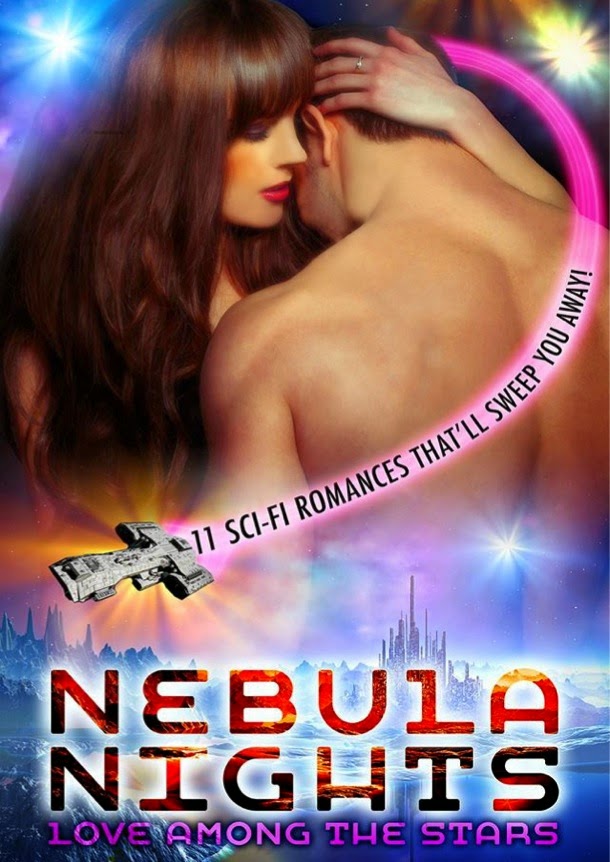 To celebrate, I thought I'd share with you an interview I had with Admiral Chaka Saahren, who is the hero of my book in the anthology, The Iron Admiral: Conspiracy. This interview was conducted before the events chronicled in the book. Saahren has rocketed to prominence after his decisive victory over a Ptorix fleet threatening Forenisi, a mainly human planet at the edge of the Confederacy.

Saahren's clerk escorts me into the admiral's office. Saahren stands when I enter. Dressed in the Fleet's black day uniform, he's tall, dark and imposing, his lips curved into a brief smile of welcome. I stop myself from drooling as he waves me to a seat. "So kind of you to see me," I manage.

He offers a head bow. "My pleasure. What can I tell you?"

I point at the decoration on his breast, a blue jewel surrounded by a spreading burst of silver rays. "Congratulations on the Confederacy star."

He shrugs. "I'm honored, of course, but I was just doing my job. I see it as recognition of the valor and dedication of all the crews of all my ships."
I get the feeling he means it. So often it's false modesty. "Do you think we're safe from the Ptorix, now?"

He considers. "Safe? We can hope. But there are many, many more Ptorix in the galaxy than humans, and although we coexist on some planets, we're so very different. It's inevitable we'll clash. Especially with someone as ambitious as Lord Governor Anxhou in charge of the adjoining Ptorix sector."

I don't really want to talk about politics, though. I want to know about him. I ask him why he moved from his home world to Malmos when he was twelve years old.

His eyes take on a faraway, introspective look. Eventually he says, "The planet had fallen into anarchy. Warlords had usurped power. My father was part of a revolt against the local tyrant. During the fighting I was badly injured, but I was lucky enough to come under the care of a specialist doctor from Malmos. He took me back to the capital with him to finish my treatment, and then he became my foster father, you might say."

"From there you went to the Fleet Academy."

He nods. "Yes. It was an opportunity I would not have had if I'd remained on my home world."

Again, that enigmatic half smile. "My career has always been important to me. I see that as a way of giving back, making life safer for millions of ordinary people. I don't see myself as a family man."

I throw the rumour out to see how he'll react. "There have been suggestions you're gay?"

He laughs. "I've also heard I'm impotent. Either way, they can think what they like."

"Even your own officers and crews?"

The grin fades and one black eyebrow arches. "I don't expect all my officers to like me. That's impossible. But they will obey orders."

That last is said very quietly. I have to stop myself from standing up and saluting. I toy with the idea of asking him out to dinner, but I think I'll be wasting my time. He shakes my hand after I stand to leave. Warm, strong fingers gripping firmly, not one of those condescending limp fish offerings people like me get from too many 'important' men.

As the door closes behind me I wonder if he'll ever give himself the time to fall in love. I've met a few like that. They swear it'll never happen… then they meet the right woman, and BAM.
Time will tell.

The Iron Admiral: Conspiracy is just one of the eleven full books you'll find in the Nebula Nights anthology. If you haven't bought your copy of Nebula Nights, here are the links to the new, improved version. And (ahem) if you enjoy it, do please leave a review.
Amazon All Romance  B&N iTunes Kobo 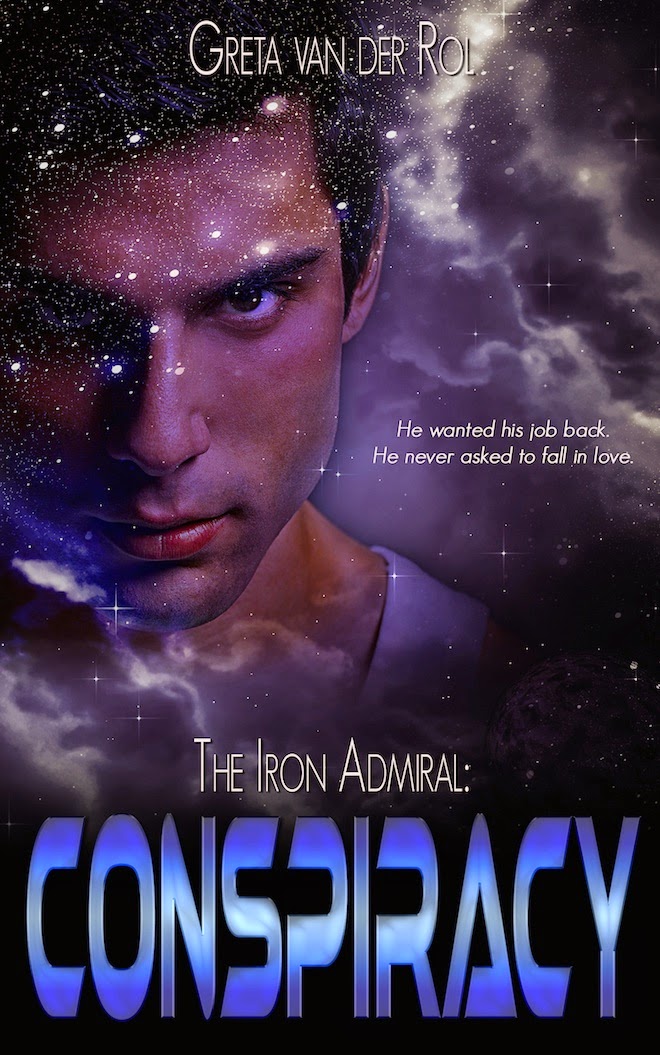 Greta van der Rol loves writing action-packed adventures with a side salad of romance. Most of her work is space opera, but she has written paranormal and historical fiction.

She lives not far from the coast in Queensland, Australia and enjoys photography and cooking when she isn't bent over the computer. She has a degree in history and a background in building information systems, both of which go a long way toward helping her in her writing endeavours. Find out more at her website, http://gretavanderrol.net/

Liza: Hmmmm. I think Greta has a secret crush on the Admiral. It's not as shocking as you might think. Authors often fall in love with their characters. It's an occupational hazard.