“So an alien race of unknown origin, strength, and power is coming our way. We’ve defeated them before but have no clue how we did it and we all died in the process.” Seth gave two thumbs up. 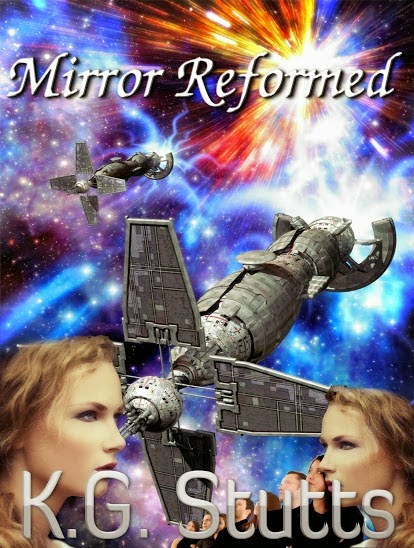 The ISC's most dangerous foe, the Synth, is threatening Earth. Mack, Maddie, and their team scramble to come up with a plan to defeat them once and for all. As the planet's safety is in jeopardy, the team will have to put it all on the line, or give their lives in the process.

“Because they’ve done it before, and this is the team that stopped them.”

The team stared blankly at their former commander, trying to comprehend his words. The statement echoed in Maddie’s mind, making her hands shake.

“Remember my warning. What I said is hard to believe, but it’s the absolute truth.” Charlie looked unabashed at the group’s disbelief.

“Most of you know the story of how the ISC was formed,” Elizabeth began.

“Right. A young Charlie created a communications device that reached the Isgurd,” Mack stated. “We formed our first alliance with them.”

“Correct. The rest of the story has been classified.”

“Rest of the story?” Maddie looked over at John who looked just as confused as she did.
Charlie pulled up a video on the monitor and pressed play. The screen came to life as a young boy wearing wire-rimmed glasses and sandy blond hair falling in his eyes smiled and cleared his throat.

“My name is Charles Westlake. I am thirteen years old and I’m from Charleston, South Carolina. I created an intergalactic communications device that made contact with an alien race known as the Isgurd. I have recently been visited by a group of people from the year 2015. They came here to prevent an aggressive alien race known as the Synth from killing me, stopping my meeting with the leader of the Isgurd, Balise, and taking over Earth. This group was led by Jackson Gray, but my main contacts were Maddie and John Brooks. The team successfully defeated the Synth here in 1965. This message is to be preserved in case the Synth returns.”

The team stared at the monitor long after the screen went black.

“How … how did all this happen?” Mack finally broke the silence. “Going back in time and fighting a race no one has heard of? I mean, Charlie, honestly—”

“Exactly, Maddie.” Charlie nodded. “We need to come up with a plan and fast.”

Maddie turned bright red when Mack turned and glared at her for the interruption. After a moment, though, Mack relaxed into a reassuring smile.

“How much time do we have?” Jackson asked.
“Judging by current speed, they will be here in four days,” Elizabeth stated.

“Charlie, you said we defeated them before.”
Maddie chewed on the inside of her cheek. Charlie nodded. “How?”

The former commander instantly broke eye contact, looking down at the floor. Even Elizabeth wouldn’t meet her gaze.

“None of us made it,” Seth replied.

“Do we have a plan?” Mack asked, shifting uncomfortably in her chair.

Elizabeth and Charlie exchanged glances before turning back to the group. The look on both of their faces made Maddie’s heart drop into her stomach.

“Nothing? You’ve got nothing?” David sputtered out the question.

“How did we do it before?” Chris asked.

“We’re … not sure,” Elizabeth admitted.

What a powerful conclusion to
KG Stutts’ Mirror Trilogy.

Their prior enemies have returned and plan to annihilate Earth.  The ISC team scrambles to go to war with the Synth, yet again. Problem is they have no idea how they’d beaten the aliens the first time around.

The task of protecting Earth, while overwhelming, is taken on by the brilliant scientists of ISC, Maddy being the brightest of them all. Unfortunately their initial weapon to destroy the Synth turns out to only strengthening the alien’s power. In the midst of battle, they must devise something better or lose everything.

I loved this book. However, the end made me cry like a baby. So keep tissues at your side. When the battle goes south, people you care for will die.

To be honest, I don’t like people I’ve befriended to die, even characters. I prefer the Star Trek method of red shirting everyone who will die so I know not to get attached to them.  KG Stutts chose her reality to have people sacrificing their lives to save others; mistakes to have dire consequences. More realistic, but hard on my heart.

Overall, the pace is fast, the writing excellent, and the detail to the weapons and battle were superbly done. So even though KG made me cry, I still give Mirror Reformed 5 stars.

Smashwords
Barnes and Noble
Or buy directly from
the Distinguished Press store
Visit the event https://www.facebook.com/events/1469418863323056/ to get a coupon to purchase this in the format of your preference Distinguished Press for $.99! That’s 80% off the regular price. 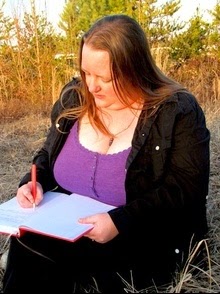 K.G. Stutts is the author of two sci-fi romance series as well as several romance stories. She has a degree in massage therapy.

When she's not weaving words, she enjoys reading, playing RPGs, hockey, wrestling, and football, and is a big sci-fi nerd.

Currently she resides in North Carolina, USA with her husband, Brad.