Liza O Reviews The Lady is Blue by Aurora Springer

Today, I'm reviewing a very fine book by Aurora Springer. It's called The Lady is Blue, book 1 of Atrapako on Eden.

My favorite line: "This is no way to treat an alien."

This book grabbed me with sharp alien claws from the very first and would not let me go. You’ll love the slow burning love story between Lucy, a female scientist and General Sa Kamizan of the scaly lizard creatures who are in desperate need of a new planet.

Unfortunately, the alien race believes they are in all ways superior to humans, except for one month in the year when they go into mating and lose rationality. A great deal of mysteries must be solved, but cluttering up the truth are the secret strategies that Lucy and the General play against one another, even as their feelings grow stronger. Both want to protect ‘their’ species first but over time, they discover great respect and friendship for one another.

I was captivated by this slow dance they played and could not put the book down while the many strands of truth unravel and reveal themselves.

I give this book 5 shiny new stars.

Book 1 The Lady is Blue
Want to know more, check below 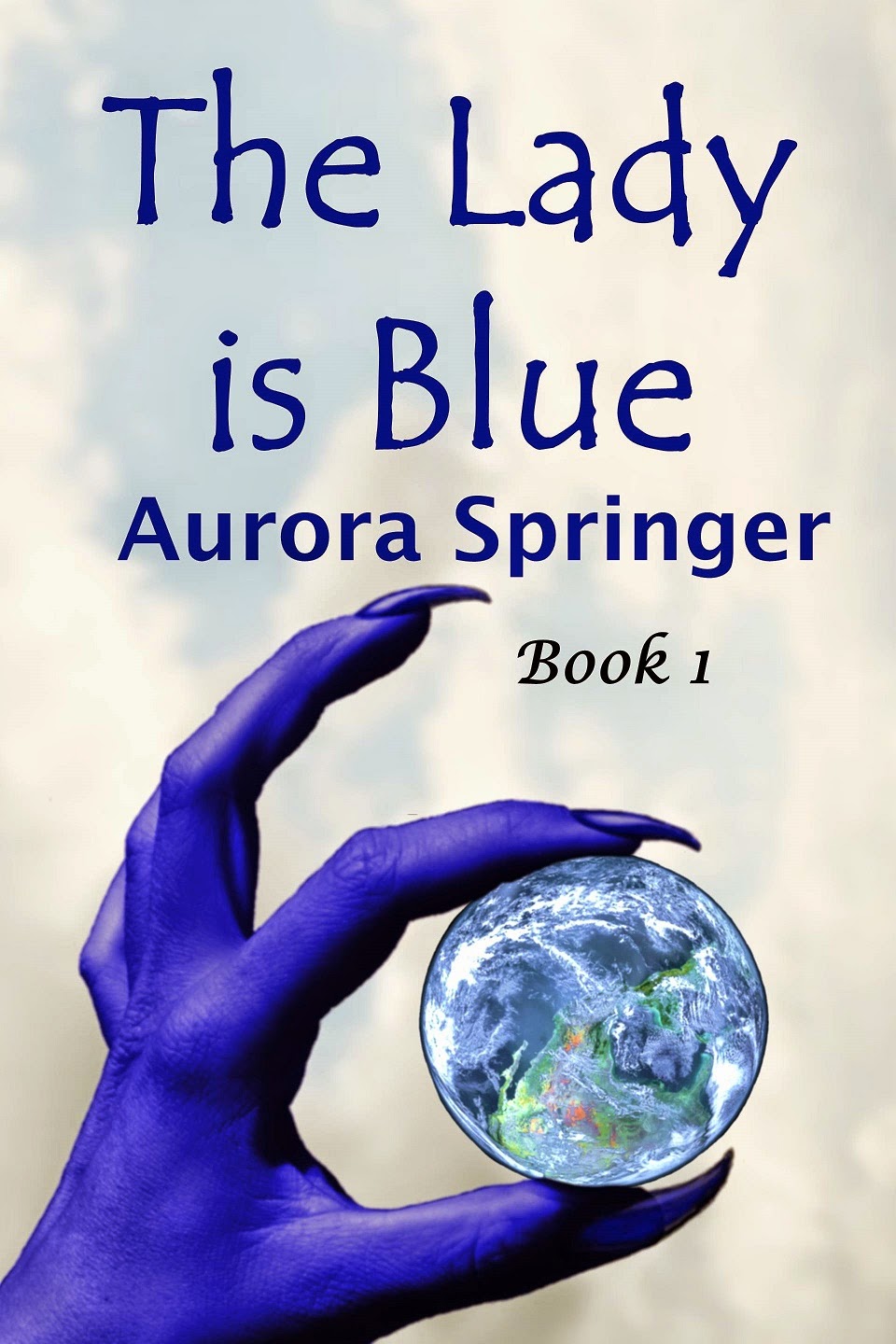 The Lady is Blue: What Color are your Scales?
Book 1 in the series Atrapako on Eden

Dr. Lucy Stannis emigrated from Terra expecting her fiancé to follow her to a new life on the small colony on the terraformed planet of Eden. He never left home and married someone else. After a few years, Lucy is bored and her current lover is too possessive. He insists she choose between him and the aliens. How can he be jealous of a sharp clawed alien covered in hard scales? She is a scientist and thrilled by the arrival of an alien spaceship.

Sa Kamizan Veedak led the Atrapako exiles on the hazardous five-year voyage from their home planet. His lover chose to abandon the space voyage and stay behind. Can he find solace in the beautiful human scientist he befriends on Eden? He must struggle to hide the Atrapako secret from Lucy while encouraging her affection until the time is right.

Conflict is inevitable. The aliens are not as peaceful and logical as they pretend. Nor are the humans as weak-willed and defenseless as they appear to the aliens. Also, Lucy is a secret agent in contact with the Terran Space Agency. Can she uncover the Atrapako secret in time to prevent slaughter? Must she choose between Sa Kamizan and the freedom of the colony on Eden?

Sa Kamizan sat on the edge of the bed. “You must tell me what happened, Lucy. How do you feel?” He gazed into her watery blue eyes.

She smiled, “My head aches. It’s like a terrific hangover. What happened?” Her voice sounded hoarse.

Sa Kamizan squeezed her hand and explained how he had found her unconscious. “Now it is your turn to explain, Lucy. What were you doing?”

Lucy gripped his arm for extra support. His face was close to her pale one and he whispered in her ear, “I’m glad you are alive!”

“So am I!” she breathed as his rough face brushed her cool cheek. Her free hand slid up to his scaled neck in a half embrace.

She started and gave a small cry of pain. Sa Kamizan drew away slowly and sat down. Lucy’s eyes followed him. He took her hand and she smiled gratefully.

Dr. Murti came over to the bed, “I see you have recovered, Lucy.” He held the diagnostic wand over her forehead. “You must stay here tomorrow and rest,” continued the doctor. “No working, only select visitors.”

The doctor glanced at Sa Kamizan and nodded, “I’d like to listen also.”

She began to explain in a halting voice. “I went for a walk. Along the corridors.”

“What were you looking for?” interrupted Sa Kamizan.

Lucy tugged at his hand, “What are you hiding?” she said reproachfully. He stared back in silence. “Well, we both have our secrets,” she added softly. “I saw a Red Atrapako in one corridor. Perhaps a guard?” she raised her eyebrows.

Sa Kamizan withdrew his hand from hers and leaned back. It was not clear who was being interrogated. He grinned at her. “You are tougher than you look, little Lucy!”

“Further on, I was surprised by a Red,” she said. He grabbed at me and missed. There was another one behind. He hit me. And, that is all I remember.” She searched the faces of her audience and lay back, looking exhausted.

“Lucy, could you identify your attackers?” asked Sa Kamizan.

She laughed, “The one I saw was big and red. It is difficult to distinguish individual Atrapako faces. They are hairless and lack expression.” He grunted in surprise.

Sa Kamizan noticed that the doctor was bleary eyed with fatigue. He was also tired and resigned to an awkward problem. “Thank you, Lucy!” He patted her outstretched hand. “I shall visit you tomorrow.” He strode out the door.

Three pairs of eyes followed him with varied degrees of relief.

Book 1 The Lady is Blue
Book 2 Dragons of Vkani

After a career in science, I have achieved my life-long ambition to publish novels. My published works include science fiction and fantasy with romance and a sprinkle of humor. I was born in the UK and live in Atlanta with my husband, a dog and two cats to sit on my laptop. My hobbies, besides reading and writing, include outdoor activities like watching wildlife, hiking and canoeing.