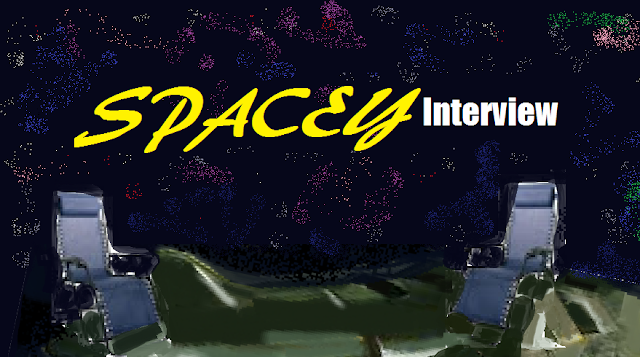 Interview with Victoria
from Cosmic Sutra
by Jessica E. Subject

Tell us the reason you decided to attend Thanh Academy?
I had studied Psychology in university, and thought it would be a good and practical experience to study this vocation on the other side of the universe, see the differences between the people of Earth, and those from multiple galaxies.

When did you first meet Kaye?
It was shortly after I arrived at Thanh. I was busy gawking around and ran right into her. I felt extremely bad, but at the time, she wanted nothing to do with me.

How has your relationship with Kaye changed your life?
At Thanh, she helped me to fit in, at least until I had to leave. But, she makes me feel like I can finally be me. She makes me complete.

What is your greatest fear?
Losing her. I don’t know what will happen when our studies are complete, whether she’ll go back home and leave me behind. This is still really new for both of us, so it’s something we’ll have to figure out.

What are your dream for the future?
To travel to different worlds with Kaye, and eventually find one to settle on, raise a family. 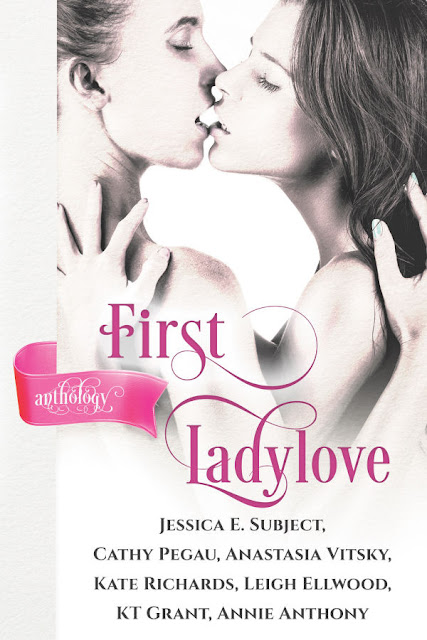 COSMIC SUTRA by Jessica E. Subject
Lesbian Sci-Fi Romance
When Victoria is offered a scholarship to attend Thanh Academy for her last year of university, she jumps at the opportunity. Nothing could be more practical in her psychology studies than to travel to the other side of the universe and live amongst the life forms she strives to learn from.
Upon her arrival, she is met with hostility. Convincing the other students she is not like those from Earth who came before her takes time, but eventually she is embraced by a small group of friends, including a sexy female alien she fantasizes about on a daily basis.
Based on past experience, will Victoria keep her lust hidden deep inside to prevent losing a friend? Or will she confess her feelings to Kaye and possibly find her one true love?
Available September 28th, 2015 as part of the First Lady Love anthology

All Romance | Amazon US | Amazon UK | Smashwords
Add to Goodreads
About the First Ladylove anthology
Seven stories by authors who love to write lesbian romance. The heroines may not be virgins but they never knew love before–at least with another woman. Time and space are no barrier to these ladies and their love. Come take a ride with Anastasia Vitsky, Cathy Pegau, Kate Richards, KT Grant, Annie Anthony, Leigh Ellwood and Jessica E. Subject and you’ll never look back!
Edited by Kate Richards
Includes the stories:
Dreams of Flying by Anastasia Vitsky
Cosmic Sutra by Jessica E. Subject
Centerfold by Kate Richards
Revelation by Cathy Pegau
Mile High Pleasures by KT Grant
Daring Destiny by Leigh Ellwood
Fixin’ Biscuits by Annie Anthony

Jessica E. Subject is the author of science fiction romance, mostly alien romances, ranging from sweet to super hot. Sometimes she dabbles in paranormal and contemporary as well, bringing to life a wide variety of characters. In her stories, you could not only meet a sexy alien or two, but also clones and androids. You may be transported to a dystopian world where rebels are fighting to live and love, or to another planet for a romantic rendezvous.
When Jessica is not reading, writing, or doing dreaded housework, she likes to get out and walk with her giant, hairy dog her family adopted from the local animal shelter.
Jessica lives in Ontario, Canada with her husband and two energetic children. And she loves to hear from her readers. You can find her at jessicasubject.com and on twitter @jsubject.
Website/Blog | Newsletter | Twitter | Facebook
Pinterest | Goodreads | Amazon | Authorgraph