And now some will say this is where I step into Sci-Fi verses reality. But who can say if I'm wrong or right.

I believe it once had life and one of those life forms was much like us, but far more advanced.

Here's how my scenario goes:
In case you haven't noticed, Mars is just a little further away from the sun than Earth.

Mars once had an atmosphere, but lost it several billion years ago due to asteroids and an isotope imbalance. Seriously, I would never make that up. Check it out here.

Perhaps our alien ancestors built a ship and left Mars when they realized the atmosphere was leaving.

We presently expect a human visit to Mars would arrive in 7-9 months. However, if they get get hit with CMEs (Coronel Mass Ejections) (Let's call those solar flares) neither the humans nor the equipment will probably survive.

I bring up radiation because 7 months of being radiated could alter the martians DNA. So by the time they landed on earth, they could have been jibbering monkeys.

However, let's suppose some of the Martians had better DNA that repaired itself faster, resulting in something different but similar to their original form. Sadly, it's taken a very long time for these new forms (let's call them humans) to become quasi intelligent again. (I know I'm being harsh, but we do a lot of really stupid things, so I can't call us highly intelligent. Although, I will designate the Octopus to be highly intelligent. Does that make you feel better? No? Well, get over yourself and read on.

Here's my hypothesis: The reason why we have so much trouble isolating the first 'human' is because what we really started with was a bunch of radiated Martians, some of which devolved while other evolved. And a great deal of them just died. If you look at the weather cycles 2-3 billion years ago, no 'human' could have survived. But what if the Martians were a stronger, better prepared group ready to survive the extreme weather changes from global warming to global freezing?

Could they be our ancestors? And not just ours, but all the primate ancestors, differentiated by the changes in DNA over billion of years. This might explain why our DNA is so very close to these other primates. We share 99% of the same genes with chimpanzees. Still, I don't think anyone is declaring us identical twins to chimps, so clearly that 1% makes a huge difference. But if radiation was to change DNA, despite the body's effort to 'fix' mistakes, a 1-4% change sounds reasonable.

This, of course, would require primates to exist much longer than the evidence indicates. But why would the small bones of a Martian survive for billions of years? (gravity is much less on Mars (.375%), so their bones would have been thinner). Perhaps the reason we can't find them is because they have become soil and nutrients by now.

And what if the recent findings that look like a Fantasy Park on Mars is actually the  original Sea World? 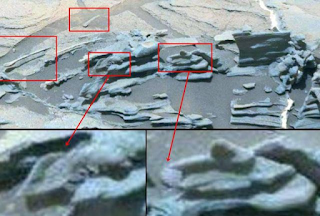 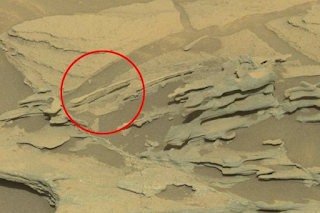 And with much less gravity, they could make really large 'floating' spoons to amuse the crowds. When they came to Earth, they had to make roller coasters instead, because gravity sucked hard here.

And thus concludes my ponderings for the day. Yes, I'm stepping off several cliffs with this what if.

But it's fun to let the imagination run wild.

Catch more of my wild imagination in my four book series, The Multiverses.
3 books are out and last one arrives Oct 1.

Book 1: The Gods of Probabilities

Email ThisBlogThis!Share to TwitterShare to FacebookShare to Pinterest
Labels: imagines, Liza O'Connor, Our ancestors were Martians