Spinning off The Big Uneasy Series and Project Enterprise… 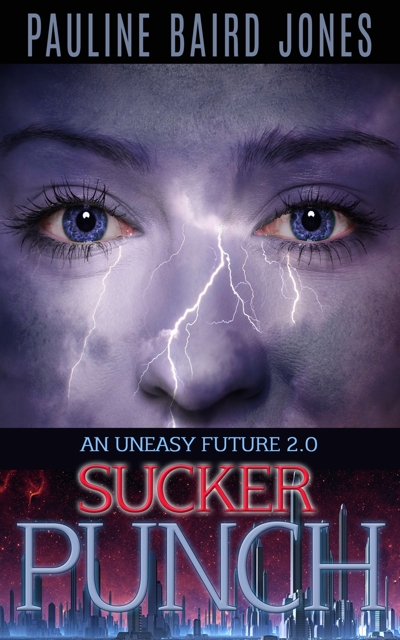 But there's no time for any follow-up kissing, much to Vi’s regret. They are hunting something very bad. Something that tried to kill them while they were dirt side during the storm.

And has now escaped up into New Orleans New.

It’s not business as usual, though there is some deja vu in there, when Vi and Joe get sent to a FEMA camp to check out a dead body.

Until that body turns into a trail that might lead to the evil it. Or to its next victim.

Just when Vi thinks things are crapeau enough, the MITSC (Men In Top Secret Color) show up and take over their case. Are they after Joe or the evil it?

Before they can find out, the evil it lures them into a trap.

“Is that…City Park?” Benson sounded a bit awed.
“It looks like it,” Vi admitted. “Circle it once, Joe. Let’s see if it’s all there.”
Joe altered course, bringing the skimmer around and dropping his air speed just enough to keep them in the air. Her first thought was that there was no power in the park. Not a shock. Not much of NON had power. But that meant the holo-bayous and river were offline. Also the holo-oak trees and some of the bushes. It changed the look of the Park to be missing such key landmarks—there was that word again. But “air marks” didn’t have the same meaning. And it sounded awkward. Besides, you couldn’t mark air, so it even failed as a metaphor. If there were any metaphors. Vi could admit to being bit vague on the metaphor rules.
“There’s the NOMA.” It helped that the New Orleans Museum of Art was both large and not a hologram. And she’d seen it from above almost every day. When the Park was where it was supposed to be, it was common to fly over it on the way to somewhere else, since it tended to float somewhat lower than other parts of the city because of its sheer mass. “Okay, there’s the stadiums, so it all looks to be here.” All except for the art and stuff, which had been evacuated prior to the storm. “Log it into the database, would you, Benson? And report that we’re on scene.” She looked at the panel, comparing their coordinates with where the disturbance had been reported. At the moment, her looting theory had lost fuel. There just wasn’t that much to loot left in the Park. She’d guess that even the tourist stuff had been shifted. It was possible looters didn’t know that the buildings were mostly empty. “Let’s do a quick fly by on our ‘disturbance’ before we set down.”
For some reason, the setup made her gut twitch. The coordinates put the problem around the carousel. But it wouldn’t have mattered where. Why kick up a fuss here? There were more buildings in that area, so maybe someone found something to loot. But what? And who reported it? It felt off. Wrong. Joe kept their air speed down, then kicked on tracking, looking for heat sigs. His tracker flared, then the skimmer screamed a warning that came too late.
“Incoming—” She and Joe said it at the same time, but hers was an incredulous question, while his was Joe-ish and matter-of-fact.
The skimmer rocked to its side before Joe righted it.
“Starboard engine is offline,” Vi reported, as required in the regs, even though Joe would know it by the change in steering control. That was almost a surgical strike. Vi pulled the description from her vid game play with the cousins. They liked to toy with her, bring her down in painful stages. Then have their character go head-to-head with hers.
The hit knocked them off course just enough that the second shot missed. Though its detonation rocked the skimmer.
Vi slammed their black box alarm. Joe was ready for the third shot. Dang, the boy was a decent pilot. She heard a scrape of metal on metal, then another boom that almost flipped them upside down.
“I will have to land,” Joe said, his voice steady, though his arm muscles bulged as he fought to control the damaged skimmer.
“Officers in trouble. I repeat, officers in trouble,” she snapped into communications, sending their location. “We are under fire from an unknown source.” She glanced at their two uniforms. Benson’s eyes were wide, almost fixed from shock. Jack, well, he didn’t seem to waste calories on having expressions. “You strapped in? You picked a crapeau day for a ride along with us.”
Though this crash should be better than their last one. Unless this crash was about the nasty something or other? Memo to self: when your gut thinks something is wrong, believe it. If you live long enough to read your memos later.
She checked her straps. Something about the nature of the shots bothered her, but she didn’t have time to think about it now.
“Try to land where we have some cover.” She studied the landscape. “There, if you can make it.” It was the pavilion, but there was one other structure between them and where the attack appeared to have come from. She elbowed the latch on the weapons locker built in to each exit hatch. She half turned and snapped at their passengers, “Check the weapons locker back there. We’ll want to move as soon as we touch down. Secure any extra power packs. If you don’t have pockets for them, pass them up.”
She shoved power packs in every pocket she could find, but didn’t remove the long gun yet. If the crash went badly, it would just beat her up more.
The ground rushed toward them, though their airspeed was slower than the last crash, which might be good. She didn’t have extensive experience in crashing.
There was standing water around the pavilion, but it couldn’t be that deep.
Joe banked the skimmer. It bucked and fought the turn, but came around enough to line them on a relatively flat stretch of ground.
The damaged port engine sputtered and died.
The last few feet down were a silent rush, followed by the thump of first contact.
The skimmer bounced up, then hit again, harder.
The next bounce was smaller, the next hit even harder.
There was a jerk and the skimmer spun, sliding sideways toward a bench.
She threw up her arm, because, you know, that would soften the impact— 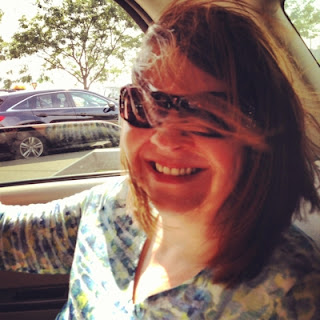 Pauline Baird Jones had a tough time with reality from the get-go. After “schooling” from four, yes FOUR brothers, she knew that some people needed love and others needed shooting (fictionally of course). Romantic suspense was the logical starting point, but there were more worlds to explore, more rules to break and minds to bend. She grabbed her pocket watch and time travel device and dove through the wormhole into the world of science fiction and even some Steampunk.

Now she wanders among the genres, trying a little of this and a lot of that, rampaging through her characters' lives like Godzilla because she does love her peril (when it's not happening to her). Never fear, she gives her characters happy endings. Well, the good characters. The bad ones get justice.