Welcome to Terranue. Prepare to be Eaten, baked, frozen, or pummeled to death. 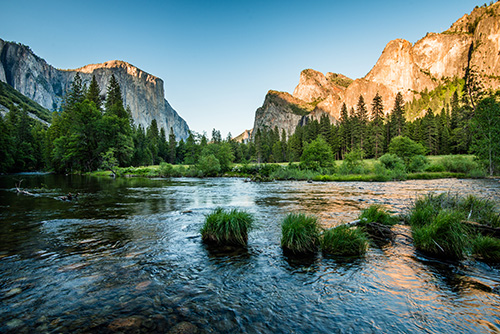 It’s a scenic wonderland during this season.
But…..
We do have T. Rexes, large bears the size of elephants and saber-tooth lions…
and the blue bulls in your valley would have killed you on sight if not for the blue bull you brought with you. He killed our former lunatic king and declared himself both messiah and king of Terranue.

But your biggest worry should be what lives in the ridge… 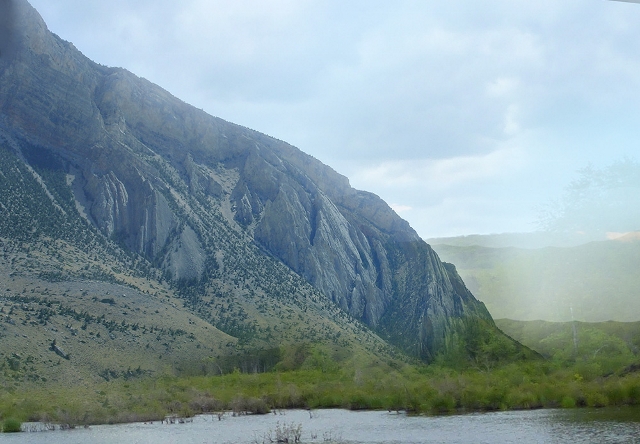 Your next biggest worry should be the three ‘trying’ seasons. Neither you nor your fragile homes will survive them. 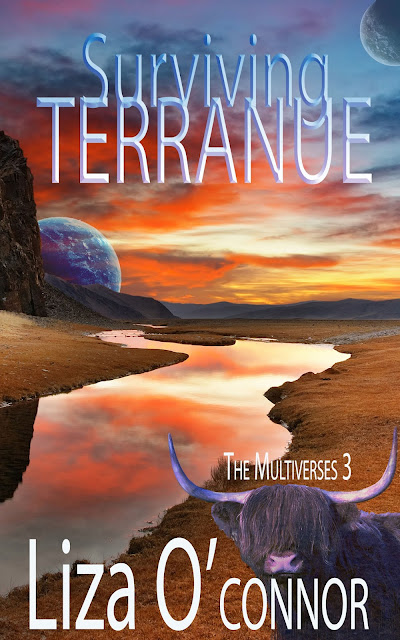 Surviving Terranue
By
Liza O’Connor
Blurb
Leading a colony of frightened people on a new world is rarely easy. The human colonists of Terranue have as their leader, Tamsarandem, the only Soul-bond of Three that has ever existed. Unfortunately, some perceive the innate kindness in the shaman’s choice of leaders as a weakness, thus, challenges begin. From the moment they arrive on the planet, self-survival instincts take hold among the colonists, putting the survival of the colony at risk.

Excerpt
Everyone wanted to be on the Improvement Committee, and those not invited were gravely offended since they had a great deal of things they wished improved.
Dmitri found sad irony in their complaints. They were unhappy with life presently, while he would give anything to keep life as it was now.
Over the next week, he was impressed with the men Brenner put on the committee. Dmitri shared everything he knew and brought a Sargon to answer further questions. This information only revealed their situation more precarious.
Healer Soy provided the first bad news. “For a full grown Sargon to be carried two miles, the winds probably rise to over two hundred miles an hour. Those shelters won’t withstand winds over fifty. Even if they did, any stone shrapnel flying through the air would tear them to pieces.”
Another man by the name of Johanson chimed in. “Before we ever face those winds, we’ve got to worry about the dry season. To dry that river three feet a day, we are probably looking at temperatures around a hundred and forty to a hundred and sixty degrees. Those shelters will cook us alive.”
“At that temp, those shelters will buckle,” Brenner said.
“Can we expand the caves?” Dmitri asked.
A muscular fellow named Rocky, who looked out of place among this erudite group, spoke up. “I spent most of my life as a miner, and that rock is solid.”
“Is that good or bad?”
“Pends. The harder to carve, the stronger our home. And it won’t collapse on top of you when the storm season arrives. It’ll protect us from heat and cold better too. I’d say it’s our best chance of surviving, but we’ll need a lot of dynamite to do it.”
Brenner frowned. “We don’t have dynamite. We have a case of ten thousand bullets, ten rifles, and five lasers.”
“Could we cut the stone with lasers?” Dmitri asked Rocky.

About Author
Liza is a multiple genre author of 16 novels. A Late Victorian Series, The Adventures of Xavier & Vic, plus a spinoff, A Right to Love, is an ongoing series.    A Long Road to Love is a humorous Contemporary Disaster Romance series of five books. She has two single books. One is a humorous, bad boys contemporary novel with ghosts, called Ghost Lover, the other is Untamed & Unabashed, a spinoff from Jane Austen’s Pride and Prejudice.

Now, she’s rolling out her Science fiction series (with romance & humor) called The Multiverses. The first four books are slotted for last half of 2015.  In addition she hopes, if she hasn’t dropped from exhaustion by then, to re-release a sometimes humorous/suspense thriller called Saving Casey