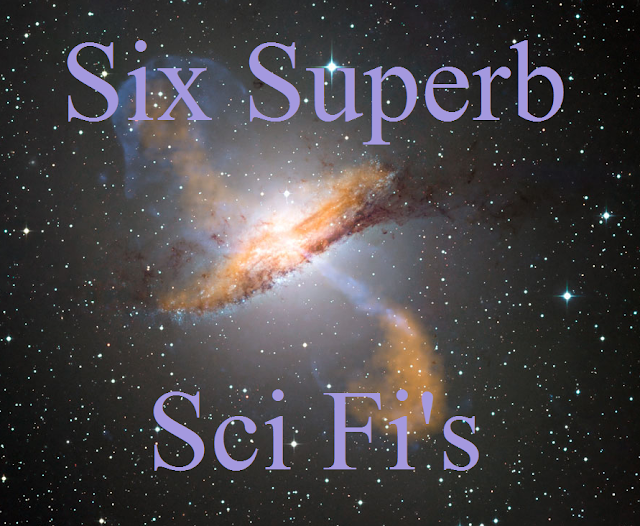 Today, I have gathered six superb sci-fi stories
to feed your hunger for excellent science fiction. They are all different. So check them out and see which calls out to you. 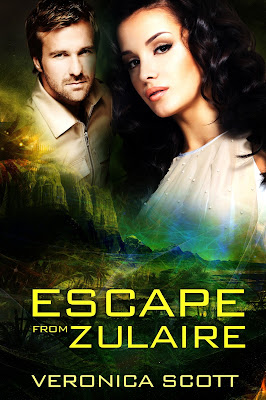 Andi Markriss hasn’t exactly enjoyed being the houseguest of the planetary high-lord, but her company sent her to represent them at a political wedding. When hotshot Sectors Special Forces Captain Tom Deverane barges in on the night of the biggest social event of the summer, Andi isn’t about to offend her high-ranking host on Deverane’s say-so—no matter how sexy he is, or how much he believes they need to leave now.

Deverane was thinking about how to spend his retirement bonus when HQ assigned him one last mission: rescue a civilian woman stranded on a planet on the verge of civil war. Someone has pulled some serious strings to get her plucked out of the hot zone. Deverane’s never met anyone so hard-headed—or so appealing. Suddenly his mission to protect this one woman has become more than just mere orders.

That mission proves more dangerous than he expected when rebel fighters attack the village and raze it to the ground. Deverane escapes with Andi, and on their hazardous journey through the wilderness, Andi finds herself fighting her uncomfortable attraction to the gallant and courageous captain. But Deverane’s not the type to settle down, and running for one’s life doesn’t leave much time to explore a romance.

Then Andi is captured by the rebel fighters, but Deverane has discovered that Zulaire’s so-called civil war is part of a terrifying alien race’s attempt to subjugate the entire Sector. If he pushes on to the capitol Andi will die. Deverane must decide whether to save the woman he loves, or sacrifice her to save Zulaire. 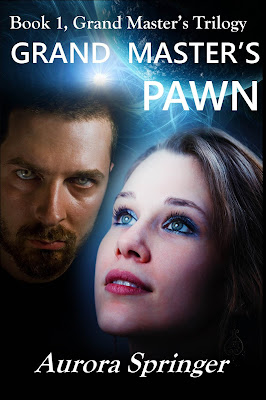 Who are the most powerful entities in the galaxy? The twelve Grand Masters claim that exalted status.

Twenty-two year old empath Violet Hunter hides her prohibited talent to follow her dream of exploring unknown planets as the pawn of a Grand Master. The Griffin Grand Master risks selecting her as his pawn, despite her father’s dire prophesy. Violet sees only his griffin avatar for instructions on her missions. She discovers the mysterious Grand Masters are suspects in the deadly epidemics sweeping the galaxy and the failure of the interplanetary portal web.

Violet hunts for the culprits, finding clues and strange allies in her missions. While seeking the truth, she does the unthinkable. She bargains with her obnoxious Grand Master and plunges into a world of vicious conflicts and an impossible love. Pursued by hostile aliens and Grand Masters, she escapes on a desperate search for allies to save the Griffin. 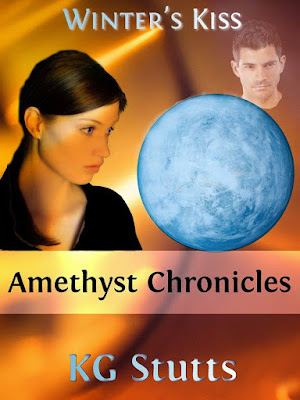 Amethyst is a team of genetically enhanced people which is Earth's greatest defense weapon. Leading the team of super soldiers is Ember Wilson, a tough woman with a huge chip on her shoulder. The team gets their name from the after effect of the Genesis Project which turned their eyes and even their blood purple.

After unpredictable weather has devastated Earth's crops and food sources, a scientist by the name of Dr. Clayton Rudo says he has the means to save with a weather machine. Only he freezes the West Coast and Washington, DC. Amethyst now is forced to work with an Air Force strike team to defeat Rudo. Tensions between Ember and Major Liam Ross rise as they butt heads. Can they work together before Earth is completely under ice? #DPPub

ANOTHER NIGHT, ANOTHER PLANET
by
Jessica Subject 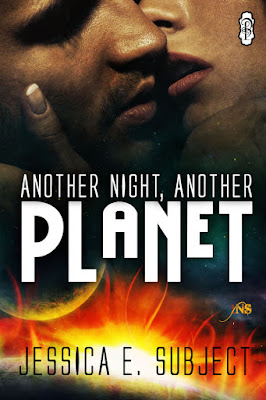 Limited by status…
Ava is a housekeeper aboard Star Spirit, a luxury cruise ship travelling between the Milky Way and the Belvarian System. Coming from a middle-class family on Earth, she is considered by passengers as nothing more than an object to be tossed away when they’re done with her.

Shunned because of his lineage…
Banned from several planets across the universe, Nate struggles to run his interstellar shipping business. But the DNA of an exterminated race runs through his blood, giving him a diluted form of their powers, and leaving him labeled as a terrorist.

Both searching for the one…
Through her 1Night Stand dating service, Madame Evangeline matches these two together for a celestial escape on the pleasure planet, Elatia.

Will Ava and Nate find what they’re looking for, or will their date be just another night on another planet? 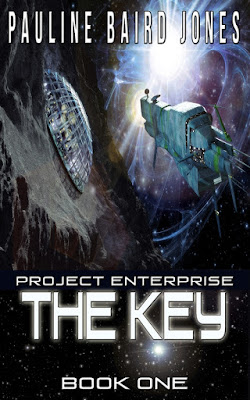 An Air Force pilot – the best of the best to be assigned to this mission – Sara isn’t afraid to travel far beyond the Milky Way on an assignment that takes her into a galaxy torn apart by a long and bitter warfare between the Dusan and the Gadi.

After she’s shot down and manages to land safely on an inhospitable planet, Sara encounters Kiernan Fyn – a seriously hot alien with a few secrets of his own – he’s a member of a resistance group called the Ojemba, lead by the mysterious and ruthless Kalian. Together they must avoid capture, but can they avoid their growing attraction to each other?

A mysterious, hidden city on the planet brings Sara closer to the answers she seeks – about her baffling abilities and her mother’s past. She has no idea she’s being pulled into the same danger her mother fled – the key to a secret left behind by a lost civilization, the Garradians.
The Dusan and the Gadi want the key. So do the Ojemba. They think Sara has it. They are willing to do anything to get it.

Sara will have to do anything to stop them…

WHEN DARK FALLS
by
Pippa Jay 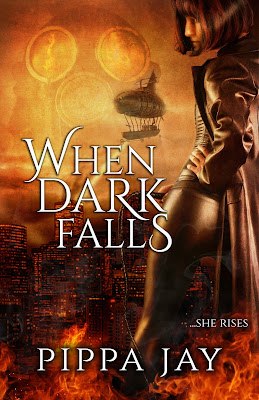 In a city where Dark Technologies Inc. now runs the show, Kadie Williams has more immediate concerns than the fall of Blaze, their guardian superhero. Almost every morning for the last few months she’s woken up with cuts and bruises on her body, and no idea how she got them. There are no nightmares. No evidence that she sleepwalks, or any sign of a break in. And nothing to tell her who’s been cleaning up after her. As just one of thousands of civilians conscripted to slave away in the labs of Professor Dark, she knew there'd be trouble ahead. But  she never expected it to be so bad, or so personal.

Desperate for answers, Kadie looks to the new defender of the night, the only person who can hinder the total domination of Professor Dark—Nocturnelle. The mysterious vigilante superhero came from nowhere with her cybernetic sidekick Shadow, set on putting an end to the brutality of Dark's regime. But as his laboratories work on a new secret super-weapon, Nocturnelle and Shadow may not be enough to save Nephopolis...or to save Kadie either.

Thanks for checking out these six fabulous Sci-fi authors and their very fine books.