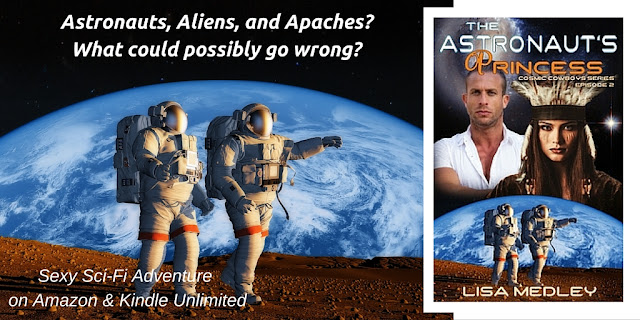 Brace for impact. The Astronaut’s Princess is landing Feb. 16. 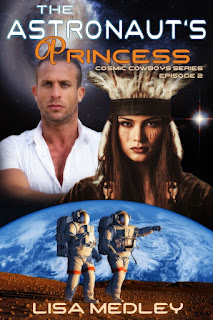 Amazon & Kindle Unlimited
http://amzn.to/1Ojd4JM
Blurb:
Astronauts, Aliens, and Apaches? What could possibly go wrong?
Working for a billionaire space entrepreneur has its perks:  a nice paycheck, free room and board, and all the space flight hours a guy could want. But everything has a price.  Astronaut Noah Wright has survived an alien attack, time travel and a wormhole, but the Apache princess he brought back through time may be the death of him.
Ela, only daughter of Chief Itza-Chu of the Mescalero Apaches, finds herself out of place and out of time. Everything she knows of her early 1800’s life has vanished. Her savior and protector, Noah, is kind, but he’s not her family and certainly not Apache. Her only wish is to get home, but returning through the wormhole that brought her to the future threatens more than her past, causing her to have to rediscover what home really is.

Excerpt
Noah sensed the tension the moment he walked through the sliding doors of the sick bay. The doors closed behind him with a whoosh, seemingly sucking the oxygen from the room as they sealed. The bay was in chaos. Broken glass and medical instruments lay scattered across the floor. The entire glass window of the ER room lay in shards before him. He raised his eyebrows, asking the question he already knew the answer to.

“Where is she? Is she injured?”

Dr. Franklin shook her head and motioned to the only closed door. “No, she’s fine. Pissed, but fine.”

“We cut a strand of her hair for further DNA testing. She took exception to it. Grabbed the scissors and nearly jabbed Curtis’ eye out with them.” Dr. Franklin swept a hand in front of her indicating the room. “Then she did this. She’s barricaded herself in her room. We can see from the video feed that she’s okay, but she’s been screaming for you for the past twenty minutes.”
Noah nodded. “Leave us.”

“I don’t think that’s a great idea. We would have sedated her, but we’d need a tranquilizer gun. She’s like a wild animal. She still has the scissors by the way.”

“It’s not your fault. I just don’t know what we’re going to do with her while you’re gone.” Dr. Franklin turned to her remaining team. “Everyone, out. Let the lion tamer work his magic.”

Noah watched Ela on the computer monitor through the video feed.

Dr. Franklin put a hand on his shoulder. “Good luck.”

The staff’s footsteps faded down the hallway as the doors closed slowly behind him. With everyone gone except him, the room was silent. Ela pressed her ear to the wall, trying to listen. Her face scrunched up, and her lips thinned into a grim line. He knew that look. She was curious and trying to determine what was happening outside her room. Her instincts were to be wary, but her curiosity won every time.

She didn’t. Instead, she began flinging the furniture and equipment away from the door, dismantling her barricade so he could enter. Several long minutes later, she backed away from the door and sat on the quilt-covered bed, arms crossed, and waited.

The transcom was helpful, but only when she used it.
The transcom’s universal software learned the user’s voice. Once a user had utilized the device long enough, it recognized dialects and characteristics. It worked with any Wi-Fi or satellite connected device, static or personal mobile units. High tech algorithms then translated from the speaker’s language into any language in one’s natural voice milliseconds after they started to speak. It was a bit off-putting at first, like the un-synced sound and picture of a television, but it was a million times better than pointing and grunting.
If only she’d use it more.

Noah took a deep breath, steeling himself against the confrontation to come. He crossed to her door and turned the handle, pushing against it with his shoulder, and swung the door open slowly. He hadn’t seen the scissors in her hands. That didn’t mean she didn’t have them at the ready.

He scanned the room quickly, left to right, but found her where he’d left her on the monitor, sitting on the bed, back straight, her expression fuming. For a quick second, he imagined cartoon steam rolling out of her ears and stifled a chuckle. It wouldn’t do to laugh at her, and he’d never be able to explain the reference to her anyway.

She ran to him, burying her face against his chest. His arms wrapped around her in automatic response. A tumble of words flew out of her, undecipherable even if she had used the transcom. When she quieted, he pushed back from her, lifting her chin to look into her eyes.

“What have you done?” he asked, unable to keep the disappointment from his voice.

She shrank a little under his hard gaze, casting her eyes to the floor briefly, the tone of his words clear even if the message wasn’t. When she looked up at him again, though, her resolve was evident. She’d had enough.

Janson would stroke if Noah took her off the base, but she wasn’t his property. Since her arrival, she’d been treated more like a science experiment than the refugee and survivor she was. It was time to do something about that. Janson couldn’t throw too big a fit. As far as the government knew, Ela didn’t exist. No birth certificate. No social security number. Nothing.

She’d quite literally fallen from space. No way would Janson bring attention to her in the media or with the government because doing so would expose his top-secret side project: time travel. The wormhole was unpredictable, but Janson had a team anchored to Amun, studying it right now. Noah prayed they never figured out how to open and close the damn thing. The ramifications were unimaginable. He, Cole, and Tessa would have kept their entire experience in the early 1800s New Mexico desert with Ela’s tribe and the alien that followed them through the wormhole a secret. But Ela’s very existence on their ship when they arrived home negated that opportunity.

Still, he could set this right. Or, at least more right than it was now. For his sake as much as for Ela’s.

Stepping closer to Ela, he extended his hand to her.
He’d never been to the Mescalero Reservation west of the base.

It was time to remedy that. 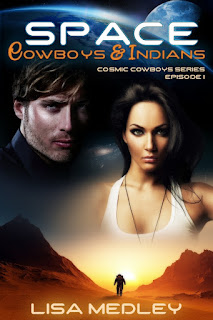 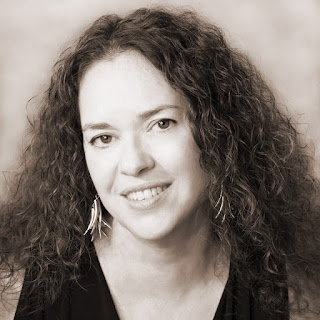 Lisa has always enjoyed reading about monsters in
love and now she writes about them, because monsters need love too.

She adores beasties of all sorts, fictional as well as real, and has a farm full of them in her Southwest Missouri home, including: one child, one husband, two dogs, two cats, a dozen hens, thousands of Italian bees, and a guinea pig.

She may or may not keep a complete zombie apocalypse bug-out bag in her trunk at all times, including a machete. Just. In. Case.