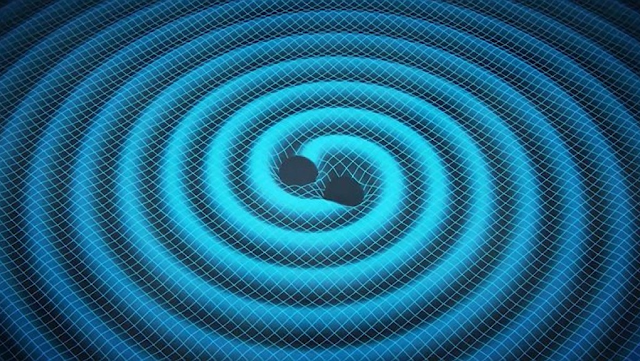 Back in September 14, 2015, scientist believed they finally had confirmation of gravitational waves.

'BULLOCKS', said grumpy disbelievers. "Einstein said we would never be able to prove they existed, and since he's the one who thought them up, he get's final say."

Fortunately, that's not how it works.

But it does make Einstein seem incredibly smart. He made up gravitational waves in order to make his math work. And in this case, it was very specific. The waves would look like these only when two black holes get swept away with each other and become one. (Rather like a marriage between two serial killers.) 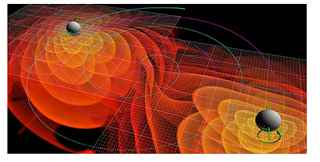 Honestly, Einstein was a bit disturbing when it came to his ladies....
He knocked up his fellow physicist student (female) Mileva Maric. Pissed his parent's off.

And thus began a very weird relationship... It seemed they were more comfortable writing each other, discussing Space and what not, throwing a few words of love amidst the precursors of the General theory of Relativity. (Mileva was a physicist too.)

Finally, they married and those were the most productive years of Einstein's life. It was his years with Mileva that he created the General Theory of Relativity. Then, according to Einstein, Mileva grew depressed and jealous. I have to ponder: were these symptoms caused by Einstein taking all the credit for the General Theory of Relativity and never mentioning her contributions? I wonder if the letters would say...

He wanted a divorce, but she refused, so he set up some rules, limited her responsibilities to housekeeping, cooking, and tending to his clothes. She was not to expect any sex because he preferred his cousin. Also, if he requested she stop talking to him, she must stop talking to him.

Forget that! Mileva moved out and took their two boys with her.

And Einstein's cousin (Elsa) and her daughter moved into his house...and bed.

Ah, it was good to have clean clothes and home cooked meals again. According to the letters left behind, he appears to have at various times desired to marry both his cousin and his niece. ??? That's what one of the sites said.

When Mileva divorced him in Feb. 1919 and he married his cousin a few months later and to properly celebrate the marriage he soon began an affair with his secretary. These were his less productive years.

This is no concrete proof that Mileva was part of his former brilliance, but his brilliance dimmed without her.

What was he doing instead of being brilliant? Letters prove he cheated on Elsa at least 6 times.  After they divorced, he went really wild. And mind you, they didn't even have Viagra back then.

SPACE REP: EXCUSE ME LIZA, BUT ISN'T THIS BLOG SUPPOSED TO BE ABOUT GRAVITATIONAL WAVES?

Yes, thanks for reminding me.

So we've two massive LIGO's in different states that isolated and measured the gravitational wave distortions which were then compared to the math predictions.

Here's how close Einstein, with possibly Mileva's input, came to reality. These are the data from the two sites in Washington and Louisiana:

Both sites, upon cleaning out the noise, match the math prediction quite well.

In fact, they match so well, it's probably why it was originally contested. Not even Einstein could be that good, could he?

Probably not. So consider the power of positive thinking. It wasn't terribly long ago that most people didn't believe in back holes. Now we not only believe, but we have isolated two black holes caught up together creating gravitational waves which miraculously agree with what Einstein calculated before we had equipment capable of detecting black holes or measuring gravitational waves.

Honestly, Einstein and Mileva could have made the whole thing up while describing their relationship: Two black holes creating massive waves. It sounds a great deal like their marriage.

Regardless, due to positive thinking and telescopes capable of finding blackholes and measuring small changes, we've created this reality through our determined observation of what we expected to see.

That observation changes reality is well-established. We just don't like to think about it. I admit, it gives me the heebee jeebees too.  Which is no doubt why I fixated on Einstein's sexual trysts instead. While those don't make sense either, they are totally believable. Happens all the time....well, not to me. But to other people.

Realty is flexible.
&
weird
&
If you really want to find something, you will.
Posted by Liza O'Connor at 12:00 AM