Today, I have the fabulous S.M. Schmitz over with her recent release. So I'm sharing my Review of Genesis Rising.

SM Schmitz dives into the pathos of a human created with selective DNA that makes him a perfect soldier, then ‘improved’ with chips in his body and brain that allows Parker, the scientist who created him, to control his thoughts. Drake is the first of his kind to survive the ‘modifications’ and is now to be field tested. Even upon waking for the first time, Drake gives hints of future non-compliance as he objects to being chained to the table and Parker’s declaration that he is not human. However, the chips in his head leave him no choice to do whatever he’s ordered to do, at least until the day he is ordered to do the unthinkable.

The novel is written in Drakes POV, (first person) which is perfect for this story, since his emotions are new and fresh. No one has ever experienced a life like Drakes. All of the three main characters are very different, well written and lovable in their own ways. The character of Parker is a bit soulless, but given what he’s done, soullessness suits him. Plenty of shock moments, shootings, destruction to entertain. However, my favorite part is when Drake truly falls in love, because that altered him in ways no chip in his head could control.
A most unique Love Story.
5 Stars 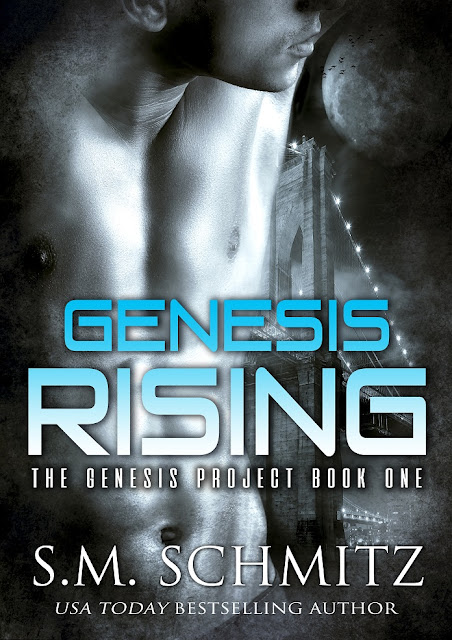 book one of The Genesis Project

When Drake awakens in an unfamiliar room with no memories, Dr. Mike Parker reveals the answer to Drake’s puzzling existence through a silent directive sent to the microchips in his brain intended to control his thoughts and behavior. The Genesis Project created him to be the perfect special operations soldier, but as the product of advanced genetic engineering, the lines are immediately drawn in his mind: he is not human. He is the property of the Project, incapable of free will, and he shouldn't have his own thoughts or reservations.

Five years later, those codes that made him believe he’s not really a man and that he’s not really human are tested when he meets Saige, the first woman who’s ever made him reconsider what it means to be human. Not only will he finally begin to question what he is, but he will discover that the transformative powers of falling in love are stronger than the fears that have kept him tethered to the Project for years.

But his love for her will have far more dangerous consequences than he could have imagined, and their only chance for survival may lie in Drake’s own ability to overcome the beliefs that have been so deeply ingrained within him.

S.M. Schmitz is a USA Today Bestselling Author, and has an M.A. in modern European history. She is a former world history instructor who now writes novels filled with fantasy and, sometimes, aliens.

Her novels are infused with the same humorous sarcasm that she employed frequently in the classroom, and as a native of Louisiana, she sets many of her scenes here. Like Dietrich in Resurrected, she is also convinced Louisiana has been cursed with mosquitoes much like Biblical Egypt with its locusts.

You can receive her post-apocalyptic novella, The Scavengers, for free by signing up for her mailing list.


Please visit her website, smschmitz.com, for more information about all of her science fiction and mythic fiction titles or follow her on Amazon or BookBub.
Posted by Liza O'Connor at 12:00 AM