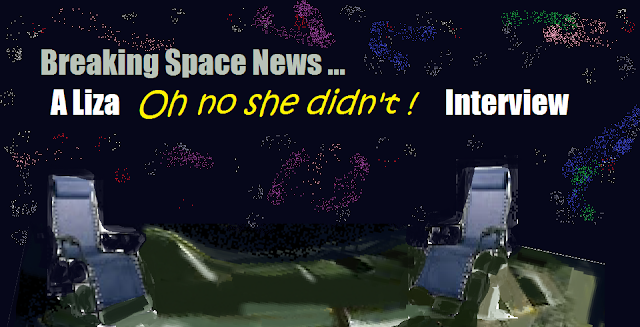 Today I'm pleased to have Maria Hammarblad for an interview. My affiliation with Breaking Space News does mean we'll probably have a few interruptions, but we'll see.

Liza: Maria, welcome. Let's see how far along we can get before Breaking News jumps in with their inaccurate reports. 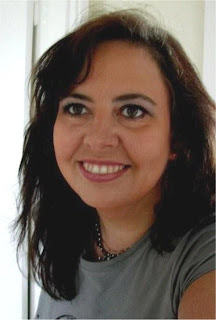 Maria: Sounds good to me.

Liza: As you know, I require my subjects to answer questions in six categories so we can evaluate them as a well rounded person/alien.

Imagination questions:
Liza: Are you alien or human?

Maria: I am pretty sure I’m alien. People who get to know me seem to agree. At my last job one of my colleagues kept a list in his desk drawer where he wrote down all evidence of me being non-human. It was funny, but a bit embarrassing when we had visitors and he showed it to everyone but me…

Liza: So why did you come to earth? And why are you still here?

Maria: It’s a horrible mistake. I wasn’t supposed to be on Earth, but I ended up here anyway. I don’t have the means to get home on my own and my own species never came back to pick me up. I used to think they forgot about me, but now I’ve decided that I’m supposed to learn something from my time here. It would be easier if I could figure out what, but one can’t have everything.

Liza: Why do aliens keep visiting Earth? Are we really that interesting?

Maria: Well, yes. Humans are masters of independent thought, for better and for worse. This fascinates other species, especially the ones with hive minds. Humans are the bad boys on the block; infinitely intriguing!

Verifiable proof exists that Maria Hammarblad is an alien, possibly from a hive colony. Since Maria's particles were highly entangled, when one chose to pop over to Earth to check out the largest Ice Hotel in the universe, all the other particles decided to go along for the ride. 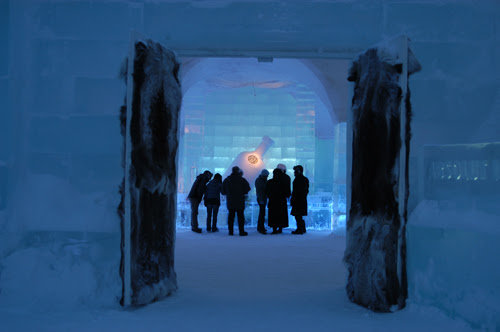 Word of Advice: Don't book in Summer.
Upon outstaying her welcome--Hotel melts in the summer, Maria discovered her ship had lost its stationary orbit and crashed to earth, in what's now called Area 52.

Unable to reclaim her ship, Maria had no choice but to make her home on Earth.

Liza: There they are. For a moment I thought they'd gone on strike.

Maria: Umm, I... That's not what I said at all, it's not true. Where do these people do their research?

Liza: Let's move on to the next category:

Scientific Questions
Liza: Go investigate amoebas and find the most interesting to tell us about.

Authentic picture of amoebe. Not doctored.
Human brains are clearly yummy. Don’t worry – I’m a vegetarian – I mean that human brains are yummy to amoebas. I wouldn’t eat either the brain or the amoeba. Gimme some broccoli and I’m happy. Or chocolate…

Maria Hammarblad, alien scientist extradorinaire has discovered why Clowns are so terrifying. They come from a brain eating amoebe. 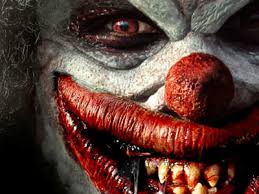 Liza: Do you believe in Multiverses? (also known as parallel universes)?

Maria: Definitely. There’s a parallel universe where I’m a hit man, one where I took the crazy scientist route, and one where I’m a pilot. Whatever I might be doing in all the others I’m sure it’s interesting. *fluffs hair*

BREAKING NEWS--WE QUIT!!!
Maria Hammarblad is too forthcoming. Nothing left to dig up.

Liza: Do you think humor and romance have a place in Sci Fi?

Maria: Just joking. Both humor and romance are important parts of life and incorporating them makes stories more entertaining.

Liza: Next 2 topics: Real life & Writing  -  due to time constraints these answers were cut, but they were very interesting and I encourage you to ask Maria to write to you personally and share them with you.

Liza:  Tell us the stupidest thing you’ve ever done. (Do not say asking for this interview.)

Maria: I accidentally destroyed a car wash, and that was pretty stupid. I had a mid-80s GMC Jimmy. The car was raised for off road driving and had huge off road tires. Well, it was dirty and I didn’t want to go through the trouble of hand washing it, because it was gigantic.

The local gas station had banners about their brand new no-brush car wash. I went in and asked the woman behind the counter, “Do you think my car would fit the new car wash?”

She said, “Oh yes, it pressure washes all sorts of cars. The big mail trucks, ya know. Just drive right in.”

I drove right in. The car wash started and a large piece of machinery rolled towards the car. I thought, “This looks tight.”

Going back inside to say, “You know your new car wash… My car didn’t fit there” was one of the most embarrassing things I’ve ever had to do, but I was grateful I asked before driving in. The car wash was closed for almost two months. I did not return to that gas station for years.

Liza: That sounds like something I'd do. Last question: If you had to live on a deserted island with one author, who would it be?

Maria: You, of course. You are resourceful and extremely entertaining! =D

Liza: That sounds like fun. By the time they rescued us, we will have civilized the local rodents and taught them the fundamentals of Quantum Physics.

Maria: They might not even have to rescue us. We'd build a helicopter out of a palm tree and the rodents would help us power it. We'd probably have to feed them, or at least promise to feed them upon the return to civilization...

Liza: Wow, this was fun. So glad you stopped by. Why did you stop by.

Maria: To talk about Operation Earth.

Liza: Just for the record, this looks a bit frightening knowing you really are an alien.

Seven billion people on Earth go about their daily lives, and no one is prepared when a global EMP slows the world to a crawl. With all our technology incapacitated, everything changes. Within days alien soldiers line the streets, and life will never be the same. Rachael struggles to adapt to the new order, doing her best to keep herself and her cat alive.

On a ship far above the planet surface, Peter just got his new Earth name, and can’t even remember his identity from the last world he visited. It’s another day on the job, one more world on a never-ending list. That is, until Rachael bumps into him, dropping exotic objects all around his feet. His culture taught him females should be obeyed and protected, but he never had an urge to leave himself at a woman’s mercy until now.

Rachael’s neighbor Ryan hounds her to join a brewing resistance movement and make a stand against the newcomers. She still befriends Peter, enthralled by his enigmatic personality and hypnotic golden eyes. Would falling in love with an alien be treason against humanity? When the rebellion gains momentum and open conflict with the newcomers is a fact, Rachael’s personal insurrection might be her doom, or bring salvation to us all.

Liza: Man, am I glad you remembered to mention your book because this sounds really good. Any chance you have an excerpt:

Far above the Earth, a nearly endless line of men dressed in identical black uniforms moved through a long corridor towards a number of reprogramming chambers. They all stared forward, keeping their eyes on the neck of the person ahead.

Not a sound could be heard except for the sound of the men's boots on the floor of the ship's interior.

A thick, waist-high tentacle stretched up from the floor. One of the men held his wrist above it, just like the person before him had done, and the person behind him would do. The voice of the ship echoed in his mind.

His name would be Peter. Such an unfamiliar word, and difficult to say. No matter. If the ship chose it, this was who he would be.
Bu, Amerika diye bilinen ülkede en yaygın olarak kullanılan 23. isimdir.

Interesting. Peter was the twenty-third most common male name in a country known as America. That word was also hard to say, but as soon as the new brain-tip was installed, it would be second nature. Not a thing to look forward to, but a necessary step.

He had carried so many names during the years, known and forgotten so many languages he could barely remember his own. Sometimes he tried to think about it, but fighting the information in the brain-tips made his head hurt.

This wasn’t a time to get philosophical. It was a time to comply. The queue moved forward. Ten steps, thirty, a hundred. It would be his turn to enter the chamber soon. The memories of the last world visited, Ka'thwuk, would be gone and his mind would be filled with awareness of Earth.

He stepped into the reprogramming chamber, obediently following the line.

Could he have stayed home? Found a chosen to share his life? No way to know and a futile line of thought.

A tentacle brushed over his hair, and he shuddered. At least he didn't have to connect with the ship. Being a man had many disadvantages, but this was a definite upside.
The tentacle uncovered his old implant and ripped it out, sending blazing pain through his being. Excessive training kept him on his feet, even as his legs threatened to buckle. Then the ship thrust the new brain-tip in, and his stomach flipped over as new and unwanted knowledge forced its way into his mind.

Liza: Okay, I'll stop complaining about my old jobs. Peter has it much worse.

So here are the buy links:

And if you want to legally stalk Maria, here's here links:

Maria and I hope you had fun on this very long journey through blogdom. Leave a message and tell us what was your favorite part.
Posted by Liza O'Connor at 12:00 AM