Space Rep: Hold on, you're interviewing devices used to harness the wind and convert it into a more useful source of power? 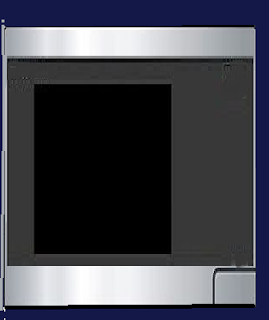 Space Rep: What's it about?

Liza: No clue. Let's transport it over and find out. *waits and waits* Space Rep, you haven't been playing with the equipment again have you?

Space Rep: I just tightened up the time continuum a bit.

Space Rep: *Jumps up* Oh, look at the time. I have a meeting to attend.

Liza: *frowns at her annoying companion running off* You know, peeps. If you would just sign up for the email version of this blog, I might be able to get a better Space Rep. I'm not even sure we're going to have an interview now. Poor Windmills could be anywhere. Space rule #1: Never muck with the Time Continuum. 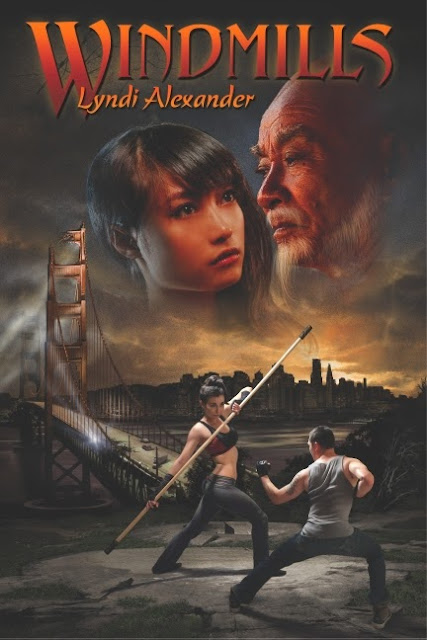 Book: Finally! I thought I would never escape the bedeviled machine.

Book: Binders! A space ape speaks to me!

Liza: Yes, that's my special gift. So what happened to you?

Book: My author placed me in what looked like a microwave. I feared her mind has weakened. Next thing I know I'm reliving my life, starting back to when I was a seedling pine tree.

Liza: Sorry about that, but you are here now, safe and sound. You have a beautiful cover by the way. May I call you Wind for short?

Windmills: I'm rather fond of my full name, and thank you for noticing my outer beauty which reflects my inner being.

Liza: Can you tell me about yourself, I am most curious.

Windmills: My story is of Lin Kwan, a young Chinese girl caught in the middle of world-changing events after a terrorist attack wipes out much of the Caucasian population of the world.

Liza: So this is Earth sometime in the future?

Windmills: In the near future. America has been attacked by a poisonous virus let loose by terrorist.

Liza: Darn it. I probably don't have a house anymore. And how will my fish survive?

Windmills: While this is a story of survival, my pages do not discuss your fish. I focus on Kwan’s traumatic voyage to a decimated America, accompanied by her sensei Li Zhong.

Windmills: A sensei is an honored master of martial arts who teaches students.
The world she finds in San Francisco would surely tear the heart from a lesser soul, but she’s determined to complete the task her father has set for her.

Liza: Do we get to know what that task is?

Windmills: Her father has asked her to leave the relative safety of Hong Kong to come to the devastated United States, bringing Chinese herbs to help him develop a cure for the plague

Liza: So what happens where she arrives in San Fran?

Windmills: She finds nurse’s aide Valery Paz, a Latina teen who’s survived the virus that killed her whole family, and who now works on the black market caring for patients who can’t come to the hospitals.

Liza: Guarding them from what?

Windmills: The streets are lawless, patrolled by roving gangs, and San, believing he has nothing else to live for, puts his life on the line every night keeping safe those who struggle to remain alive.

Liza: Sounds like a real hero. Hopefully he and Kwan can get together--

Windmills: If they live long enough to do so.
Gangs aren’t the only menace to peace and peace of mind.

Liza: What else is going on?

Windmills: A man known only as Gabriel preaches his message of hate and white supremacy, backed up by the evidence of the terror attack.

Liza: I have absolutely no tolerance for intolerance.

Windmills: That's not all. Kwan has her own problems, as a Chinese spy tracks her to the United States, determined to stop her from giving her father the medicines she’s brought all the way from China–even if it means killing them both.
Liza: Wow! May I peek beneath your covers and read a bit?

Windmills: Just a bit. This is where Kwan and sensei Zhong get ready to leave Hong Kong:

Li Zhong surveyed the docks out of habit, checking for possible threat. He’d worried that his inquiries had triggered some alarm on behalf of his former masters, even though no one had approached him openly. Then, he chided himself for being too paranoid. Even in a crowd this size, no one seemed to be particularly interested in them. Why should they be? An old man and a boy taking the ferry across the harbor. Hardly remarkable. Which is just how I want it.

They boarded the ferry without difficulty, Kwan rushing onto the upper level that provided a better view, taking a seat close to the rail, her pack next to her feet. He hurried to keep up with her puppy-like enthusiasm. The wind blew warm across the water, ripe with the smell of salt air. It felt good to be going somewhere for a purpose.

He wiped his brow on his sleeve and counted the beats of his racing heart, willing it to slow down. You’re getting to be an old man, my friend. His lips clamped together, he stared at the steel-and-glass buildings of the city as the ferry crossed the harbor, using that concentration to calm himself. Kwan needed him.

He had let that thought drive him though the last two months as the details of this grand mission came together. Determined to make this voyage, she would have gone by herself if he had not accompanied her. The idealism of the young—How long had it been since he’d believed that right would succeed in this life, just because it should? Reality was often quite different. What was moral, or right, often surrendered to a less-noble imperative.
Sometimes, it was a financial cause, but more often a political agenda. Like the intent of those misguided souls who’d launched the SH.

While anti-American proponents around the world celebrated the initial attack, the terrorists had not only killed their chosen target but themselves and a major percentage of the non-white population of the world. Sloppy work. That’s what happened when you let amateurs run the show.

Another reason why his presence here was necessary. He could only pray that his aging heart would allow him to continue until the journey’s end. The doctors, both Western and Eastern, had warned him of his limited life expectancy. An old stab wound had never quite healed, the legacy of an assassination attempt years before. But Kwan didn’t know this. And he wouldn’t tell her.

Liza: Excellent. Here are the buy links for Windmills.

Liza: Would you like to say anything else before I return you to Lyndi? 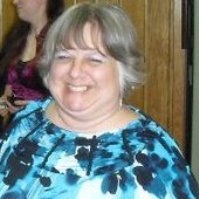 Lyndi Alexander dreamed for many years of being a spaceship captain, but settled instead for inspired excursions into fictional places with fascinating companions from her imagination that she likes to share with others. She has been a published writer for over thirty years, including seven years as a reporter and editor at a newspaper in Homestead, Florida. Her list of publications is eclectic, from science fiction to romance to horror, from tech reporting to television reviews. Lyndi is married to an absent-minded computer geek. Together, they have a dozen computers, seven children and a full house in northwestern Pennsylvania.

Liza: You can legally stalk Lyndi here:
http://lyndialexander.wordpress.com
Please leave a comment.
Posted by Liza O'Connor at 12:00 AM