Quantum Physics- It's all about Relationships 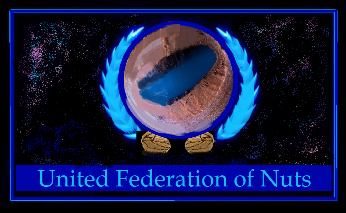 Full disclosure: I'm a nut, not a scientist. However, I read Science articles and frankly, I'm not sure that's a good thing.

Our Physicists are worried, which has me worried.

The more we know, the less our world makes sense.

Last month, in order to correct this truism, some scientists suggested we just declare the damn cat dead and move on. And forget waves. There are no waves. Just particles. If we'll just stop paying attention to waves and ambiguously live/dead cats, the math will be so much easier.

This month, out comes an article pointing out the problems with particles. We like to imagine these subatomic particles being little round balls, located in a specific spot.  Think again. Whatever they are, they aren't that.

Particles do not exist in one place at one time. And they don't roll about like billiard balls.

I believe, but don't quote me on this, they behave like the frenetic thoughts in my head...which is highly unstable and rather frightening.

Nor do they always stay in my head. When I least expect it, one will pop into the food I'm eating and make it taste like crap.

Fortunately, there's something to be said about safety in numbers. If one particle that should be in your body, let's say in your heart suddenly decides to go check out the merging galaxies of NG227 and IC 2163 you won't even notice you're short a particle.

While the particle will have a great time watching the galaxies merge into something that looks like a turquoise-eyed monster.  (I have not doctored that image at all. This is really two galaxies merging and I'm thinking it is going to get ugly for the aliens and planets involved.)

Back to the particles:
Maybe more than one is running off and you want to count how many you have because the idea that your body particles are hopping off on their own disturbs you sufficiently to give you OCD.

You're  in trouble, because you CANNOT COUNT PARTICLES (that's because the little buggers exist everywhere and nowhere at the same time.)  Want proof? Create a closed vacuum which technically should not have any particles in it.  Then sweep a geiger counter over it, and it'll goes off.

Particles are like cockroaches. They are everywhere, but the moment you pull out a can of Raid, they are nowhere.

So in come the force field scientists, insisting particles are simply ripples in a field.

Great, so exactly what are these fields? And how do you (notice I said YOU, because no way am I going to do this) mathematically display them?  To manage the insanely complex math involved, theorists place 'operators' in place of real values. Thus, when all is done, we have a layer of operators lying between reality (whatever the hell that is) and theory.  And they are naturally up for interpretation, which is no doubt why the damn cat is both dead and alive.

At this point in the article, I neared having a brain aneurism. Finally, the author admitted neither theory worked and suggested we consider a Structural Realism theory which I translate to say:

Great, we've reduced life, the universe and everything to 'feelings' instead of the number 42.

HOWEVER, THIS IS GREAT NEW FOR SCI-FI ROMANCE WRITERS.

In the end, everything comes down to it's relationship with other things.

And on that note I'm going to check on my cat, Schroder.

If your brain hasn't exploded, leave a comment.
And if you want to read the actual article Liza poorly represents, buy the August edition of Scientific American. (Sorry, they lock up their jewels so they can remain in business.)
Posted by Liza O'Connor at 12:00 AM