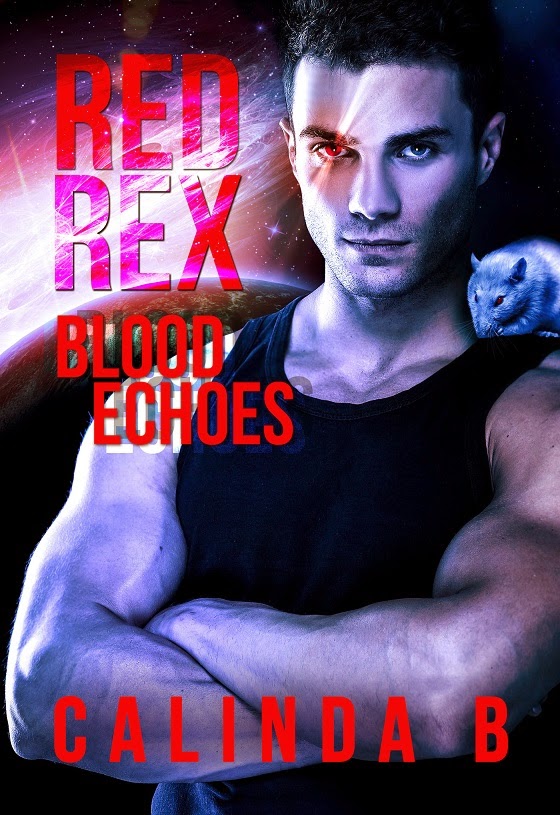 “Your true name is Red Rex. The baddest of badasses, an alpha warrior beyond compare…” Or, at least, that’s what he’s been told.

Eighteen year old Gaige Dupond has his life all mapped out. Lose his virginity to Emily. Get married. Become a pro soccer player and travel the world.

His father, a pure-bred Deltarc from another planet, whose race is growing extinct on planet Earth, has other plans—either confirm that he truly takes after his warrior father, and not his dearly departed empath mother, or snuff out his existence.

All plans go awry, however, when the dangerous red darkness in Gaige is awakened like a beam of hell flickering from his right eye. Pursued by a vicious Deltarc bounty hunter, Deltarc tracking hounds and his father’s wicked minions, he loses his home, his life, all that he holds dear in pursuit of the truth. In his quest to find his mother, victim to a corrupt cryopreservation project in outer space, and right the wrongs inflicted on him, he finds something far darker—his own sinister motivations and the need to feed on something other than human food. His only companion, a lab rat refugee named Sojourn, Gaige knows he’ll never be loved—not in the way he’d always envisioned. Will he find the revenge he’s seeking, or will he become an evil replica of his father? That’s the last thing he’d ever wish on himself, but it may be his only option for survival.

Gaige jetted toward the ferry as the passenger gate creaked open. A throng of bodies speed-walked from the giant boat, along the gangway, eager to get home from a long day’s work. As Gaige and the hounds raced toward them, they screamed and parted like Moses and the Red Sea.

People ran everywhere to get away from the vicious animals and the bizarre young man whose right eye glowed red like a flashlight. Beneath his torn t-shirt, a faint glimmer shone from the triangle tattoos. Gaige darted between bodies, trying to throw the hounds off track.

He vaulted off the end of the ramp, falling to the ferry’s waiting lot several yards below, landing in a bed of tomatoes in the back of a delivery truck. He rolled onto the asphalt, covered with red juice.

Onlookers screamed and shouted, the frenzied dogs above snapping and snarling. A couple of the mad mutts leapt over the railing. One landed hard, his legs snapping like twigs. He howled and tried to drag his body after Gaige. The other died instantly.

Gaige hustled along the harbor, past the curio store, the oyster bar, the fast food joint, and aquarium. The tracking hounds and their owner now far behind. “You okay, little buddy? Still with me?” he said between chuffing breaths. “Sojourn?” A chill spread along his spine. “Little buddy?” He ducked into an alley and leaned over his knees, breathing hard. He tucked his tomato covered hand into his pocket, feeling around for the small creature. His fingers curled around a very still furry form. “Oh, no!” He pulled out the lifeless body of his new friend, Sojourn the refugee rat.

He tenderly picked off several tomato seeds stuck to the white fur. A big, fat tear spilled from his eyes and dropped on the rat. Then, another. Soon, he sobbed with the grief and rage he’d suppressed for two weeks, and his sorrow over losing his new friend.

Anger built in his gut at what his father had done to him—his life had been destroyed. It fueled the red inside, dark and deadly. His hand began to glow crimson, illuminating the rat like a red x-ray, revealing organs and bones. “Stop making me kill!”

The rodent’s body, moist from tears, shuddered and it blinked. Blinked again. His whiskers gave a twitch or two. He got to his feet on Gaige’s palm, yawning. What happened? I don’t feel so good. Like I’ve been on a long, long journey.

Gaige blinked as well. He wiped his tear stained cheeks with the back of his hand. “I…I killed you. At least, I think I did.”

Why aren’t I dead then? He sat back on his haunches and peered at Gaige through small, pink eyes. Why are you all red? He looked at his own body, swathed in crimson light. Why am I all red?

The rodent appeared to frown, his small face furrowed in concentration. A few seconds later, the frown disappeared. Cool. So, you’re saying you made me dead when the dogs were after you?

I don’t like dogs. Let’s go get us some pooch.

Who doesn’t love a good read, chock full of mythical, fantastical worlds, love and lots of juicy sex?I sure do. Reading allows me time to let my imagination wander and escape from the world into a place where anything can happen and usually does! It allows me to discover new landscapes and unexplored territory. It lets me explore the sexy world inside and outside my head.

Lately, I’ve discovered that writing serves the same purpose, only better! When I write, I am in charge of the story…or at least I think I am. More like, me and the characters inside my head collaborate on the scenes. Those characters can often come up with a better story line than I could. (I’m kidding! I’m not schizophrenic, really! Just an active imagination….). It also serves as a means of healing as I find that I re-write some of my own personal history, and work through judgements and issues through the act of story telling.

Onto the bio….
The Fun Part: Calinda B was told early on that she should be a writer. She heard frequent praise for her writing, as well as her sense of humor. Scoffing at such admonitions and praise, she went on to pursue her life of adventure, chock full of the things that make up a well-rounded adventurous life: music (yup, she was a singer in a rock and roll band), dance (even performed hip hop in Russia), rock climbing (ever hung from a rock wall a few stories up? Yikes!), fire walking (taught high-ranking Moscow fire officials how to walk the coals), kayaking, scuba diving (she’s in love with sharks), travel, and falling in love again and again.

Living in the beautiful Pacific Northwest with the love of her life and her two cats, she has now chosen to put fingers to keyboard and write – when she’s not in pursuit of another adventure!
The Daily Grind: College educated and life-experienced, Calinda B has worked in the world of computers and technology for a long time. Before that she worked in the world of health and fitness, as well as art. Throughout her career she has relied on her writing abilities to write articles, ad copy and web content.