Today, I've got  Jenna Bennett discussing the Non-asskicking heroines and why they need to exist as well. 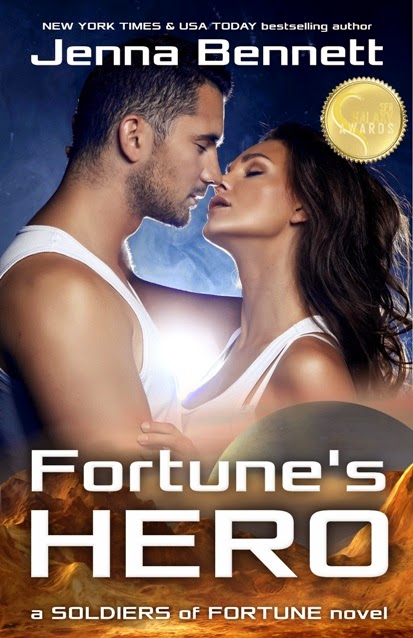 Once upon a time, just after the original release of Fortune’s Hero back in 2012, the heroine in that book was featured on a list of non-kickbutt heroines in science fiction romance.

Yes, you read that correctly. NON-kickbutt.

Elsa Brandeis is a doctor. A medical doctor. Quite good at what she does. Good enough to be chosen by the venerable Doctor Sterling to be his most favored assistant, thus making her second in command to the chief of medicine—AKA chief torturer—in the penal colony on the moon Marica-3.

She’s also, according to Quinn Conlan, the hero of Fortune’s Hero, “tight-assed, militant, and frigid,” as well as quite beautiful.

What she isn’t, is kickbutt. She’s a doctor. A scientist. Brainy and cerebral, mostly uninterested in what goes on outside the lab. She dresses in lab coats and ugly sack-like dresses in dull colors, along with lace-up shoes and what Quinn calls “granny-wear”—white synthetic underthings. There isn’t a silver bikini anywhere in the book, let alone a pair of thigh-high boots.

She doesn’t carry a weapon, and wouldn’t know how to use one if she did. She certainly wouldn’t have any idea how to pilot a spaceship or save the world. Not unless the world was dying of bubonic plague. That she might be able to do something about.

I didn’t make her this way because I have anything against kickbutt heroines, in SFR or anywhere else. I quite enjoy them, in their place.

I do think, however, that there’s a tendency to think that every heroine in the future will be—or should be—kickbutt. Soldier. Mercenary. Galactic bounty hunter.

And it makes sense, in a way. It’s the future, after all, and women won’t have to abide by outdated gender roles. We’ll have the freedom to be all that we can be, in the future. We’ll be equal. Anything men can do, we can do too, and better. At least in the pages of a book.

Nothing wrong with a woman who wants to kick butt and restore order to the universe. If that’s what blows her skirt up—pun totally intended—more power to her. Someone has to do it, and it might as well be a woman. And I do sincerely hope—and like the idea of—societies in the future wherein women really are equal, in all ways that matter.

But women are not all kickbutt, any more than all men are. Some of us don’t want to be. Some of us want to be doctors instead. Or nurses. Or accountants. Or writers.

And there’s nothing wrong with that. A lot of the time, when traveling through space and settling new worlds, I suspect doctors and nurses will be a lot more useful than fighters. With a few exceptions—wildlife and wild-eyed aliens—the planets probably won’t fight back much of the time. Not in a way that a kickbutt heroine could deal with.

A doctor, on the other hand... a doctor could be very useful. Or a nurse. A geologist. Or a biologist. Someone has to examine all the flora and fauna and decide what’s edible and what’s not, right?

Or how about an architect? New worlds have to be settled, after all, and buildings have to be built. Someone has to design them.

And farmers... don’t get me started on farmers. Everyone has to eat. The food has to come from somewhere, and that means someone will have to farm the land. I’d hate to try to settle a new world without a few farmers in the party. And a few doctors and nurses. 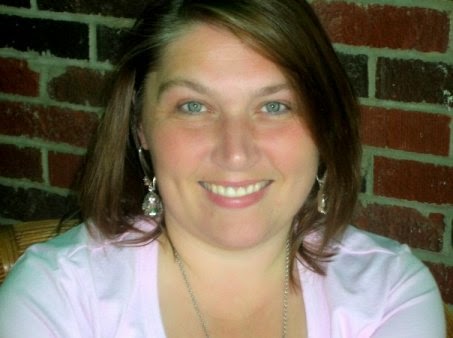 New York Times and USA Today bestselling author Jenna Bennett writes the Do It Yourself home renovation mysteries for Berkley Prime Crime and the Cutthroat Business mysteries for her own gratification. She also writes a variety of romance for a change of pace, including the award-winning Soldiers of Fortune science fiction romance series. For more information, please visit Jenna’s website, www.jennabennett.com