I have Jason Webeloff over
with 11 mind-bending sci-fi shorts which will sell for only
99 cents when it launches Nov 30th.
AND
he's giving away a $15 GC to one lucky person who enters the rafflecopter. 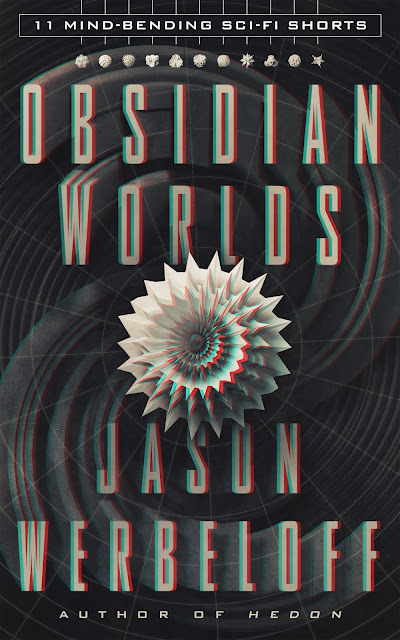 Jason Werbeloff’s short stories have been downloaded over 20,000 times. Obsidian Worlds brings together his 11 best-selling sci-fi shorts into a mind-bending philosophical anthology.

In Your Averaged Joe, a man’s headache is large enough to hold the multiverse. Q46F is an obsessive-compulsive android who finds love in a zombie-embroiled apocalypse. The end of the world isn’t all that bad – The Experience Machine will fulfil your every desire (and some you hadn’t considered). A sex bot dares to dream of freedom in Dinner with Flexi. But mind what you eat, because The Photons in the Cheese Are Lost. Don’t fret though: The Cryo Killer guarantees that your death will be painless, or your money back when you’re thawed. Unless, that is, you’re The Man with Two Legs.

Plug into Obsidian Worlds for these and other immersive stories, including the hilarious Time-Traveling Chicken Sexer. Your brain will never be the same again.

(from The Cryo Killer):

“Inesa and Paul, good to meet you. Who referred you?”

Paul’s hands are working. Picking at each other. At the cuticles.

“Ah yes, I was sorry to hear about his passing.”

“I think,” she lowers her voice, “that it was professionally done. Heart attack, I hear.”

I lean forward. “You’d like a similar package, ma’am?”

Paul speaks up for the first time. “Is it quick?”

If I had a penny for every time a client asked me that question. “Painless,” I say, “or your money back.”

“Excellent,” says Inesa, beaming. “You’ve been doing this a while?”

“Best in the business,” says Janet, striding over to us. She places a hand on my shoulder. “You’re safe with Barker.”

“So, you’re wanting the double package?”

Inesa squeezes her husband’s arm. Every carat on her ring finger catches the sunlight. His nod is miniscule.

“Yes,” she replies after a moment.

“Those are difficult.” I lean back in my chair, weighing the ring out of the corner of my eye. “Coroner looks closely at doubles. Need a plausible cause of death. Right now all I have in stock are gas leaks and home invasions. Invasions can get messy – brings down the property value. I suggest the gas leak. Although …” I glance at Paul. “Home invasions are on the rise.”

Paul scratches the skin over his knuckles. His lips have taken on a bluish tinge. I’ve seen all manner of manners displayed in the chairs on the other side of my desk. Clients respond to their impending deaths in all sorts of ways. Paul’s reaction isn’t unique.

Paul nods, a quick jerk up and down. “When’ll it happen?” He can’t meet my gaze.

“I could probably fit you in next week. Any preferences?”

“I’m writing an exam on Tuesday,” says Inesa. She looks to Paul, “And I’m sure you’d like to finalize that merger?”

“Late next week?” she asks.

“Could do Friday next.”

“But …” Paul is fading to a paler blue by the minute. Droplets dot his forehead. “I just can’t live with the thought of this hanging over me for the next ten days. I just …” He swallows. “I just can’t.”

I reach out a hand and touch the man’s shoulder. His golf shirt is saturated. “Not to worry, sir. A memory wipe is included. You’ll never know you were here.” I offer him my warmest smile. Janet calls it the Big Daddy. “In fact, you may’ve been here before, and you wouldn’t know.”

Paul eyeballs me. “Have we been here before?”

For me, the 11 shorts read more like a moments of the future, one reality tranforming into yet a worse reality at every stage. It was rather like the dark joke: A man noticed a bum sitting on the park bench, down in his luck and said, "Cheer up, things could be worse." So he cheered up and sure enough, things got worse.

I can’t say I actually enjoyed every stories, (some were too disturbing), but they are well written and compelling, so I read them all. The positioning of the stories didn’t seem random to me, but rather moving out to stranger and bleaker dystopian worlds where we go from technological advancements to mutations, the future constantly changing in ever more horrific manners.

For a mixture of horror, dystopia, and Sci-Fi, well written and cleverly assembled,
I give Obsidian Worlds 5 stars. 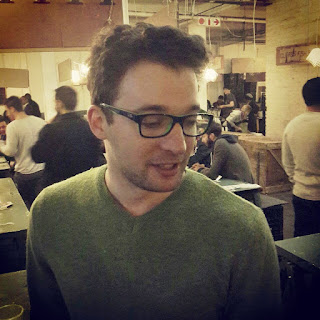 Jason Werbeloff is a novelist and philosopher. He loves chocolate and his Labrador, Sunny.
He's interested in the nature of social groups, personal identity, freedom, and the nature of the mind. His passion is translating philosophical debate around these topics into works of science fiction, while gorging himself on chocolate.

Newsletter – subscribe to get 'The Solace Pill' free, as well as VIP access to Werbeloff's latest fiction.
http://smarturl.it/werbeloff

Website - read about the author, and the philosophy behind his fiction.
http://www.jasonwerbeloff.com/