Space X knows for us to survive as a human race, we'll need to be able to leave earth in short order. Not all of us, but enough to sustain life on a colony we will have already established, presumably on Mars and the Moon.

Why should we bother? Because Earth is not a stable environment and will most likely kill us in the next 5 to 200 years. It's a simple as that.


How will the Earth do that? Pick your choice. There are so many ways that I'm astounded this isn't the number one issue on everyone's radar. But since most of these catastrophes are out of our control, I guess life is a bit more fun if you ignore reality.


However,  I would like to point out ignoring our future doesn't make the danger go away. It just means we'll be unprepared.


Fortunately, Space X and others aren't ignoring the problems. But going off planet is no easy task.

As we know, the first attempts (costing $60 million a piece) failed. 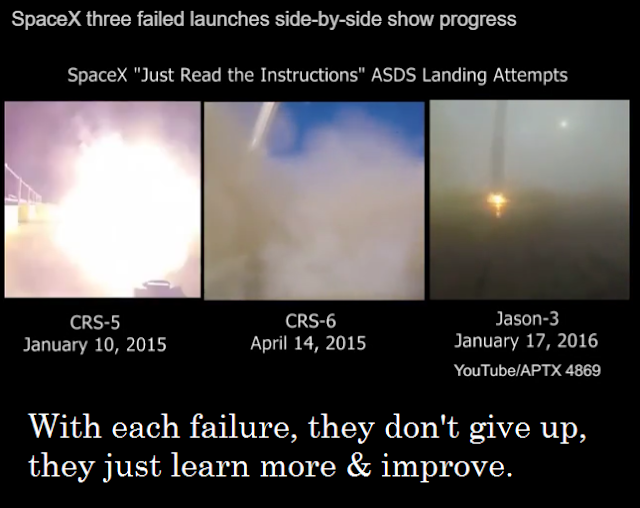 The CEO would have been tossed and the effort scrapped in a normal for-profit company. But this is a pro-living company and they keep trying because they clearly believe the survival of humans is important.

Not surprisingly their president & COO is a woman! Meet Gwyenne Shotwell: 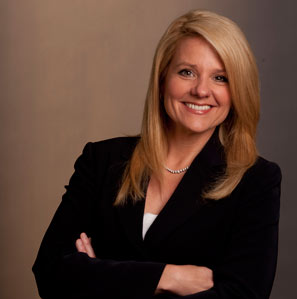 Nor did they slow down their attempts. They know time is NOT on our side.

In March 2016, they launched and landed the booster on a landing pad successfully.


So why did they keep trying to land on a wobbly ship if they could land so well on land? Most missions will put the landing area somewhere in an ocean. So landing on a boat is critical to the long-term viability of spaceflight.

The costs of spaceflights will become untenable if we cannot lower the cost.
And how much does this lower the cost?
Cost of building a new booster every time: $60 million/booster.
Cost of refurbishing and refueling a booster: Less than $500 thousand.

How many times can they use a booster? We don't know yet. But even if it can only be reused once, that still cuts the cost 50% aka $30 million. 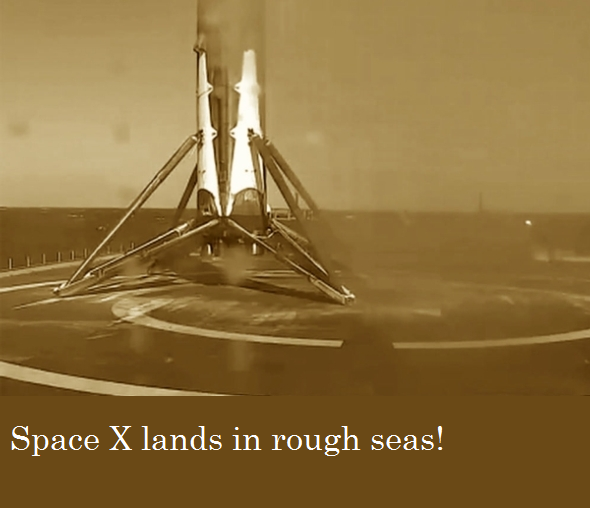 This doesn't mean they won't have further failures. The things that can go wrong in a space flight is mind-boggling large. But given their determination, we will be able to set up a colony on the moon and on Mars. And eventually, we might be able to travel further in space by using AIs. And they might be able to save the last of the humans and take them to a new world where we can start again.

And in case you are curious, here are a few ways we might die.
1) A large Asteroids hits earth
2) Massive Volcanic eruptions
3) Methane poisoning due to rising ocean temps. (Methane hangs on the  cold ocean floor)
4) Magnetic poles flipping causes our electromagnetic shield to falter during high solar flares, which gives us cancer and fries our electrical grid, which means no electricity, no manufacturing, no clean water to drink, and all digital data is lost or unattainable so you've no money.

The multiple North and south poles disrupts all food transport that requires navigational input so we are on our own.

5) Massive fires due to weather changes causes temp to rise higher, causing more fires than we can deal with.

6) Once the atmosphere grows heavy with CO2 and Methane, the sun can no longer penetrate the toxic covering around Earth and the next ice age begins.

I'm pretty sure there are more ways we could die, but since some of these are almost certain to happen during this century we are pretty well locked into annihilation.

I, for one, am grateful that someone is looking for ways to save the human race. I do hope they select super-smart, brave, honorable young people to go, because the last thing we need is a lunatic with orange flamboyant comb-over to bully his way onto a ship.

No, what we need are the best of the best to go forth and restart the human race. It won't be easy, but like those working for SpaceX, they need to do it so humans will carry on. And this time, maybe we can be a bit nicer.

Liza write several genres, one of which is Sci-Fi. Presently, she has two Sci-Fi Series available for your reading pleasure: The Artificial Intelligence Series (Public Secrets & Birth of Adam) and the humorous and serious Multiverses Series (The God's of Probabilities, Surviving Outbound, Surviving Terranue, and Surviving Sojourn). 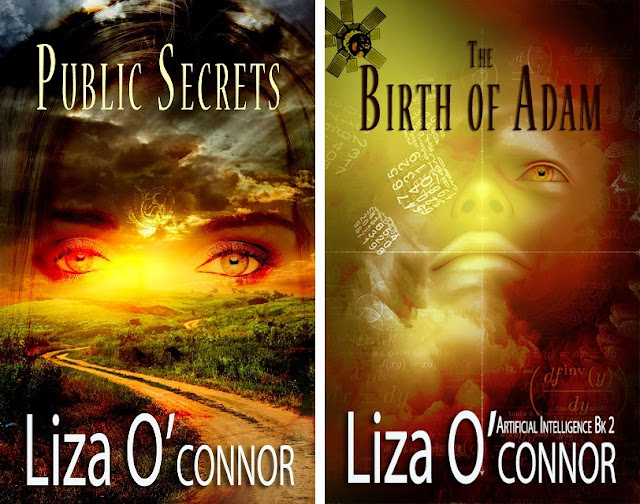