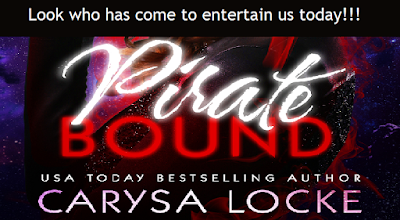 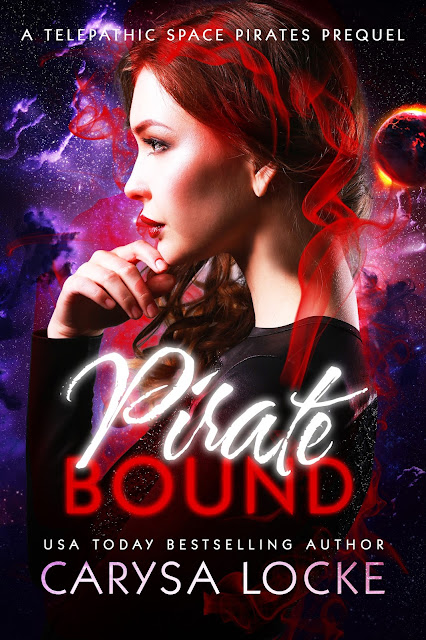 Sanah would do anything to protect her little sister, even if it means taking refuge with ruthless pirates. But the psychically Talented pirates terrorizing Commonwealth space are not quite the monsters she has been led to believe. When Sanah's empathic gift shows her the truth behind the stories, she is no longer certain who the villains are in her world.

A race on the verge of extinction…

Dem’s only goal is to protect his people, especially since a deadly bio-weapon decimated their population. Only a handful of women survived, and every day is a fight to rebuild. With Sanah’s empathy and her sister’s rare ability to heal, they could be the salvation Dem and his people have been looking for.

A dangerous secret that could destroy everything…

But how can Sanah trust Dem with her life? Especially when he’d kill her if he knew the truth.

Sanah turned to Dem as soon as they were alone. Before she could say anything, his hand was at her face, touching her cheek. The words died before she could form them. His hand slid from her face, down her arm, and she shivered.

“Are you all right?” he asked.

Sanah didn’t know how to respond; she didn’t even know if she could speak. Dem’s hand on her arm was distracting in ways she hadn’t anticipated.

He was always so carefully controlled; she’d had no idea what lay beneath the surface, not until this moment. The surge of fierce protectiveness might have been something he’d feel regarding any woman on this ship, given the circumstances and his duties. But she didn’t think so. There were layers to the feeling. If she closed her eyes, they moved through her like heated milk with honey, warming her and making her feel…safe and comforted.

An odd response, given the individual emotions in question; it was hard to delineate and assimilate them while his hand was still on her, but she tried.

First, there was that protective top layer, edged with tightly controlled violence. The echoes of it still filled the area, coating the floor, walls, and support beams with fear, rage, and…an implacable coldness.

Beneath that was an intense longing. Lust. Need. Want. A powerful trinity that made it perfectly clear just how intensely Dem desired her. Once discovered, it spilled over everything else, threading through her until her body warmed in response. The intense attraction that both of them had ignored since the moment of their meeting wasn’t going to be so easy to push aside in the future.

But that wasn’t the final layer. Beneath that were other things. Admiration. Caring. Respect. Pride. Affection. Fear. Uncertainty. Dem genuinely liked her. He didn’t know how to handle it, or what to do about it, but he liked her, and he wanted her.

Author Bio:
Carysa Locke is the pseudonym for writing team Carysa Locke and MaLea Holt, two best friends who have been creating imaginary worlds together for more than twenty years. Carysa is a high school English teacher, and MaLea helps support families with special needs children. You might say, they work as super heroes in their day jobs!