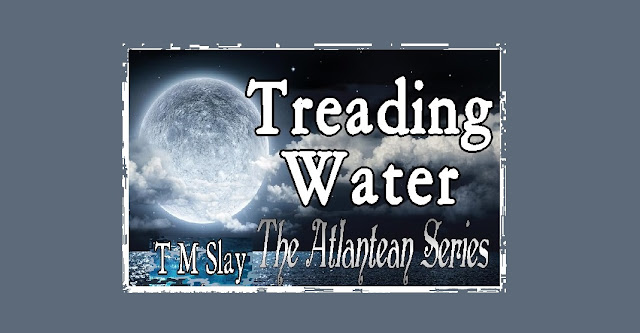 My grandmother has always told me that every legend, every nightmare, every story started with some shred, some bit, some thread of truth in it. Somewhere, in the beginning, or a very long time ago, there was a...something....someone...who started it all; and of course as everything does, those threads grew.

Sometimes, they would be added to and woven into other things until the end result would be a huge tapestry the world would agree on. Other times, those threads would split and the tapestries would be colored depending on the cultures who housed them. Yet, even more often...the threads would start in the same place, but through the eyes of different perspectives, being told differently until no one really knew which person was telling the truth, and which one was a drunken, or traumatized victim of some nameless monster.

The fun thing about being a writer is three-fold in these threads.

First, we get to decide whether to use an existing thread or create of our own. Take for example Star Wars, such a tale was definitely a thread all it's own. Wait, or was it? The idea of sentient beings from another place was no new idea. However the plot, the creatures, the entire world building; yes, definitely a brand new thread. Whereas so many of our paranormal romances that we know and love all derive from an existing thread somewhere. Werewolves, vampires, shifters...they all have a history, we've just put a bit of a twist in the romance department, but we definitely use the existing story.

Secondly, once we have our thread we get to mold it. Most of us start from the existing moment wherever we create our world. However, the fun of it is will we move our existing moment into the future? Will we create a story full of science fiction or shall I say science fact to-be? Or move through the trips and turns in a flashing sequence of back and forth memories of a puzzled adult trying to mend the pieces of a broken childhood? I bet we can all name at least three of these such books which were our favorites growing up, no matter what genre they were in. Especially considering so many of the genre's we have today are subsets of what used to be one giant block of books. Today, as readers, we get to be picky, and as a reader, it's something I'm very happy about.

Okay, back on track. Thirdly, the other direction our thread can go is backwards. Back to the beginning. We can unravel the tapestry and reweave a new one. Bring something completely new to the table; introduce the world to a whole new viewpoint of what the world thought they knew about those monsters.

This third one, is what I chose to do with my Atlantean Series. I decided The Ancient City of Atlantis is one such place, and the people who resided there are one such people. There are innumerable stories, tales, imaginings, and legends about Atlantis...so I chose to introduce you to one of my own. In the Atlantean Series, I get to twist and weave a brand new tapestry for you, one where evil isn't as obvious as one might think, and the good are driven by just as many demons as the rest of us are. I guess you could say, that even though they aren't human by creation, they are human in the ways that make us all human. Life.
Of all the tales of The City of Atlantis, only one is true...

After the creation of Earth, God saw that Man was destroying the land, raping it and taking from it what he wanted, leaving the land to die. This was not acceptable, and God decided to save the waters of Earth. He created a race of Women called Atlanteans, and they would hold sway over all the waters of Earth. Every daughter born would sing for her true mate, a song only he could hear. When her human mate would come to her side, at Atlantis, he would make his decision to be with her in her life, or she would abandon her life in Atlantis for his home land. Each becoming either human or Atlantean in order to live fully with their mate. It was this way for thousands of years. Until one day, when the Prophetess to the Queen turned bitter and spiteful after hundreds of years of calling for her mate. Being in her ancient years, unmated, drove the Prophetess mad, and in a moment of desperation, she tried to seduce the King. Shocked and betrayed the King immediately told his Queen, for fear the Prophetess would turn the Queen against him. The Queen acted swiftly, and harshly, banishing the Prophetess for all eternity. Anger and hurt, bile and bitterness rose from within the Prophetess, and when she spoke, the only words which left her heart-hardened lips were the following curse. In that single moment, every volcano exploded, worlds shifted, and Atlantis sank, leaving only the young Atlanteans who were unmated alive. 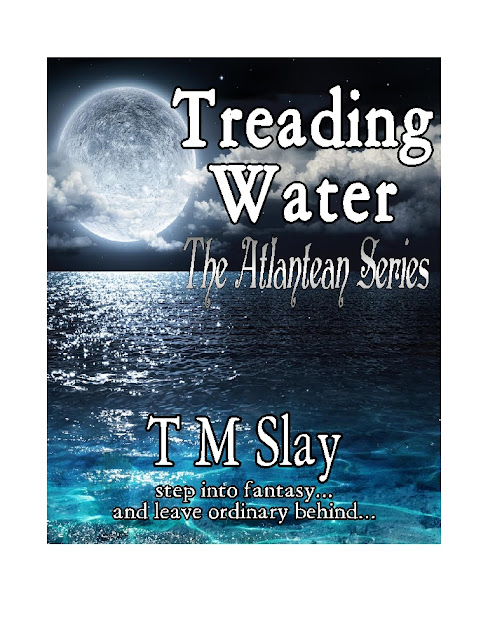 THE CURSE OF ATLANTIS

All these hearts so full of love


Songs on your lips and words on your tongue
Stone you will turn, each couple and pair
Leaving only the young ones
Alone their grief to bear
Every seven years, those left will get their turn
To sing for the love, that their hearts always yearn
But with each passing time that no one appears
Your heart too will harden and eyes spring forth stone tears
When your heart turns complete and solid as mine
You will belong with me for the rest of your time
From Full to New Moon, two weeks will be all
Until your lovely song becomes only a Siren's call.

If this particular beginning of a new tapestry speaks to you, then you should be certain to grab Treading Water, the first book of this wonderful new series. Treading Water will be released by all vendors in ebook an paperback May 25, 20017.

Until then, get your fix with updates via newsletter, FB, Twitter, you name it. Just check out my links below, and step into fantasy...and leave ordinary behind...