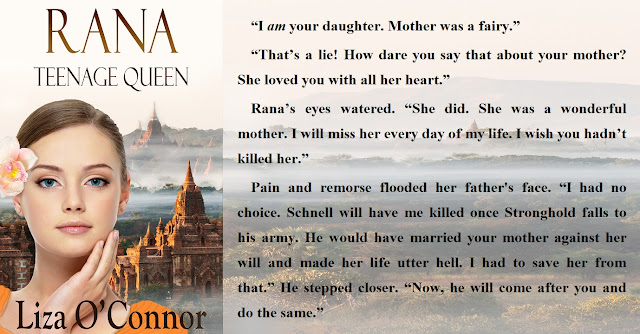 
New Facts from Liza:
When I wrote this novel, I considered it Sci-Fi. That's because Rana lives on a planet that is not earth. Her people evolved there and thrived for many centuries. As their number grew, most of her people remained kind and loving. However some were mean and with their innate powers, they were dangerous. So they were cast out the village and never thought of again.

However, the evil ones did not go quietly. Instead, they cast a spell that prevented the males' seed from providing children. Over the years, the good people realized children were becoming rare, but they could not find the cause nor a cure.

When humans escaped their planet Earth after it became non-viable, they moved to a new planet that they named Hope. Over time, the new planet acquired too many worthless rich who had no skills whatsoever, so a group of craftsmen, scientist, miners and other useful occupations left Hope, now called Hopeless by all who lived there, and landed on Rana's planet, which the name Hope, determined this time they would get it right. However, due to a preference to have only male children, there were few women on their ship.

Thus, the fairies...yes, Rana and her kind are a species called fairies, decided to take advantage of the humans need for females. The taller female fairies tucked away their wings, presented themselves as humans, and took human males as their mates.

The Power of ‘Return’
While Rana has a plethora of spells to make her strong, one of her favorite spells is one that requires no potions nor sprinkling of substances. It is simply stating the word ‘Return’. It is so powerful, that she need only whisper it and whatever was being sent her way would reverse and go back to the sender, only a hundred times more potent.

Thus, when General Hack declared the tower had been overrun by the enemy and ordered his men to fire upon it, sending a massive quantity of arrows into the tower, killing her father, she orders the arrows to ‘return’, then realizing her soldiers had only followed the general’s order, she amended her order, “All to General Hack.” And soon after, the general became a pin-cushion ball of arrows. 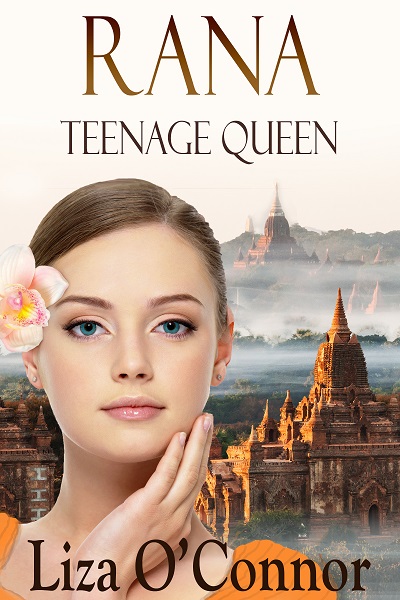 Rana is only sixteen when she becomes queen. Her first challenge is to quell an internal coup while a massive army storms the gates of her castle. Her enemies believe her to be a child, but she has powers they’ve never suspected. She also has great dreams for her people, and she will do whatever is necessary to make them happen, even marrying a prince she does not want.

EXCERPT
Rana finally got a chance to meet the general’s daughter on the journey back to Stronghold. She, Cara, and Lilth shared the iron carriage.
Cara soon fell asleep, her head in Rana’s lap. Rana’s hand absentmindedly stroked the girl’s hair.
“Is she your pet?” Lilth asked.
“What? No! She’s my maid.”
“You treat her like a spoiled pet.”
“She is very young. Too young for her job, but she has been a great comfort to me during this last month. Thus, I treat her with love and kindness.”
Lilth stared out a window slate. “You treat her better than her mother did, I imagine. With such a soft heart, I wonder how you’ve accomplished so much.” She then faced Rana. “Nor do I understand how Mother failed to defeat you.”
“God protects me.”
She snorted. “There is no God. You know that as well as I. Your power comes from fairy magic. We both know that.”
“Your mother was a fairy?” Rana asked.
“As am I. As are you. Only you seem far more powerful than me, even though I am three years older. I don’t understand why.”
“What sort of things did your mother teach you?”
“Thousands of ways to kill a person.”
Rana felt sorry for the girl. “My mother taught me to be one with God. To help Him heal sickness, grow plants, and protect oneself from harm. My strength comes from God.”
“Yet, you murdered my brothers.”
“No. I simply returned their gift. Had they sent me gold coins, they would be rich now.”