Tessa McFionn shares how she came to love Sci Fi 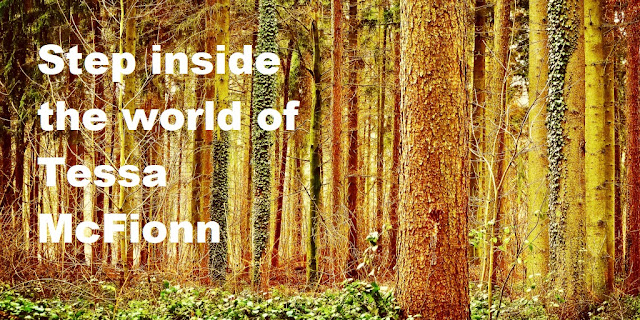 For as long as I can remember, I’ve been in love with any unreal. Let me quantify that statement. When I was a little kid, riding a dinosaur to school…okay, so maybe I’m not that old. But I do predate the internet and even the home computer. So, we did things the old fashion way in my house: we read. Every room in our house had a bookcase. Except for the bathroom.

And my mother read to me. Each night, she’d come into mine and my brother’s room and read. We discovered the world of The Hobbit and followed The Yearling.

Hell, we even experienced terror in Jaws and Dracula. No Dr. Seuss before bedtime for me. Mom figured we were smart enough to read those things on our own. Yes, don’t freak out. I did read Dr. Seuss. In fact, my favorite was The Sleep Book. I actually checked it out so many times in Kindergarten, my mom thought I’d bought it somewhere.

The stories that held my interest from start to finish were the fantasy stories. 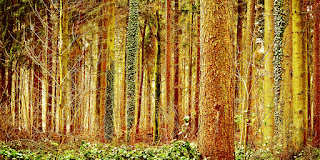 I loved the idea of being surrounded by thick forests, or a galaxy of stars.

Running through the stone hallways of an ancient castle, battling side by side with d’Artagnan or Robin Hood. That was how I built my dreams, pretending to be a part of the latest adventure story that Mom shared with me.

Another giant guiding factor for me was Disney. I know, it sounds at odds with Jaws. But I’ve always been a Disney kid and it all started them with Fantasia. Surprise! I saw Snow White and the rest of those, but nothing captured my imagination as much as seeing Leopold Stokowski make the sun rise to the sounds of Bach’s Toccata and Fugue in D Minor. From that moment on, I was hooked. Add in Mickey as the Sorcerer’s Apprentice, dancing hippos, and the devilish Chernabog, and my brain fired on overdrive. 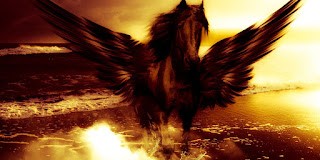 I imagined having my own Pegasus to fly me to school every morning, even though I lived about two blocks away.

My taste for the strange had begun. From there, I delved into science fiction, devouring Heinlein, Asimov, Clark, and Bradbury. 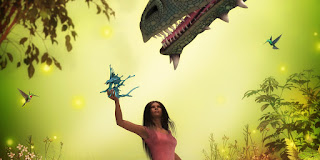 Fantasy was feed with the Dragonriders of Pern, the Incarnations of Immortality, and everything by Terry Brooks. And I would be remiss if I didn’t mention the comic books and the vampires, not necessarily in that order, but nevertheless.

With those ethereal concepts swirling in my mind, I began writing. Seriously writing. I honestly believe all authors begin writing at extremely young ages. School newspapers, elementary school assignments. Practice toward a brighter world. So, once I began writing, paranormal romance with strong Alpha superheroes filled every story. 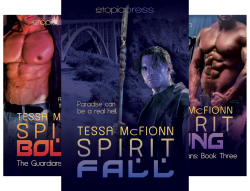 The Guardian Warriors series is now three books in with a fourth about to join the ranks. I love my boys, even the snarky ones who hide from me. 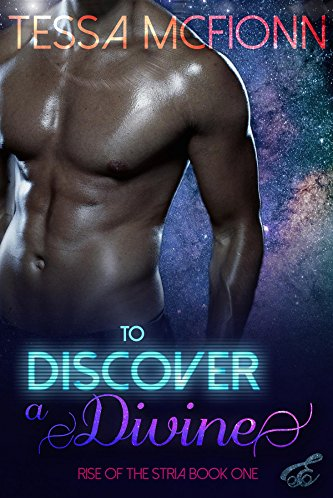 Then, I took the chance to write a sci-fi opera. I was finally ready to travel through the galaxy and prove that love is the strongest force in the universe. The first book in what I hope to be a long line of sci-fi novels, To Discover a Divine, hit the shelves in March and I couldn’t be happier. I almost feel that all the readings I’ve done since I was a little kid, with the
AMAZON
blanket tucked under my chin, has led to this new series. All the crazy worlds and the endless possibilities of characters. Nothing quite like creating planets full of wonderful races and species, and throwing love into the mix.

BIO:
Tessa McFionn is a very native Californian and has called Southern California home for most of her life, growing up in San Diego and attending college in Northern California and Orange County, only to return to San Diego to work as a teacher. Insatiably curious and imaginative, she loves to learn and discover, making her wicked knowledge of trivial facts an unwelcomed guest at many Trivial Pursuit boards. She also finds her artistic soul fed through her passions for theatre, dance and music, as well as regular trips to The Happiest Place on Earth with friends and family. Currently, she is President Elect of RWA San Diego Chapter.