I was a 9-1-1 dispatcher for the Glendale Police Department and to keep from going totally bonkers – I mean people have no idea of what a real emergency is. Take this for an example: I answered, “9-1-1 emergency, what’s your emergency?” And this hysterical woman yelled, “My bird is in a tree.” Sometimes I really couldn’t help myself, so I said, “Birds have a tendency to do that, ma’am.” The woman screeched, “No! You don’t understand. My pet parakeet is in the tree. I’ve just got to get him down.” Like I said, not a clue. “I’m sorry ma’am, but we don’t get birds out of trees.” The woman then cried, “But… What about my husband? He’s up there, too.” See what I had to deal with? To keep from hitting myself repeatedly in the head with my phone, I took up writing. Most of my ideas come to me in my sleep. Scary? Huh?

My current book is Shenanigans, a paranormal romance. Kandi finds out trying to rescue a little Yorkie from a dog fighting ring isn’t as easy as she thought. A zany romp ensues. 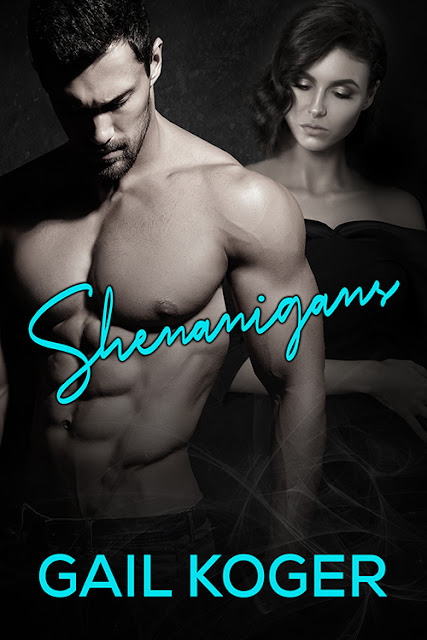 Kandi Cain inherited her Dr. Doolittle abilities from her grandmother and became a psychic pet detective. To her dismay, she just acquired the power to communicate with the spirit world, but dead people give her the willies.

Just when Kandi thought her life couldn’t get more complicated, the neighbor from hell moved in next door. The nasty guy’s name is Dutch Callaghan. How can someone so gorgeous be such a dick? Kandi could chalk some of it up to his job. Dutch is a Phoenix PD homicide cop.

Kandi’s current case is rescuing a Yorkie from a brutal dog fighting ring.  Little does she know her dog napping suspect is involved in a series of brutal murders.  Disguised as an elderly nun, Kandi rescues the Yorkie and, in the process, blows the hell out of Dutch’s undercover operation.

Kandi now finds herself a person of interest in her client’s murder and her sexy-as-hell, pain-in-the-butt neighbor is in hot pursuit of the Ninja Nun. Is Dutch about to slap the cuffs on? Only time will tell.

“I know you’re the Ninja Nun,” Dutch rumbled in my ear.

Doing my best clueless impression, I stared up at him. “Are you talking to me?”

“Yes.” The word was a snarl.
I tapped a finger against my face. “Do I know you?”

“Oh, now I remember. You’re the cranky bastard that lives next door to me. Forget your tuxedo?”

“No, I don’t, and my name is Kandi, not sister. Go away before I call security.”

Dutch leaned down until his nose touched mine. “I don’t know how you did it, but you sic’d those damn pigeons on me.”

“Are you off your meds?”

“You also assaulted me, and that, sweetheart, is a class 1 felony.”

I gave Dutch a disbelieving look. “When and where did this horrible assault occur?

“Today at the warehouse.”

“I’m in no mood to play games,” Dutch snapped.

“Me either. I don’t know what you’re talking about and I’ve never laid a hand on you.”

“True,” Dutch nodded. “You kicked me in the stomach. Repeatedly.”

“Teensy-weensy me, beat you up?  Please. You outweigh me by sixty pounds.”

Dutch pulled out a set of cuffs. “You’re under arrest.”

Dutch twitched and pulled his gun. “Bite me, you little rug rat, and I’ll shoot your ass.”

My temper flared to life. No one threatened my Tinkerbell. I stepped in front of the Yorkie and poked Dutch in the chest. “Back the hell off.  Only a dickless pussy threatens an itty-bitty dog.”

Chaos erupted as people ran screaming in every direction.

Two security guards tackled Dutch, knocking him to the ground.

I watched as they wrestled. Damn, someone was having a really bad day.

Gail Koger does it once again!  What exactly does she do? She writes wacky, bizarre, funny, delightful, craziness with fabulous characters that you’ve never seen before.  Stories so good that you’ll want to read them many times.

Shenanigans is a superb addition to her playful madness. This one is not sci-fi. Instead, it is a paranormal earth story that I absolutely adore. Honestly, it’s my favorite so far. And there is a book 2 coming. I CANNOT WAIT!!!

Shenanigans is about a young, smart-ass woman, named Kandi Cain, who can talk to animals. Given her talents, naturally, she opens a Pet Detective Agency.  Her father is former mafia, her mother thinks she’s an elf and celebrates Christmas every day.

Kandi starts out disliking her new neighbor because he’s a jerk, obnoxious, and a cop. (The latter being a potential problem, given everything she does is not entirely legal.)

It doesn’t take long for the two to clash into serious trouble, while each tries to do their job. And as much as I love Kandi, I warmed to Dutch, the bad-ass cop, soon as well. While intent upon arresting Kandi, he discovers much that he likes about her. She is adorable, what with talking to animals, and having pigeons and chickens poop on people whom she doesn’t like.

SHENANIGANS has been released and to celebrate I'm giving away this awesome fired glass pendant. How do you win it? It's easy. Go to my Facebook page to enter: https://www.facebook.com/Colettiwarlordbooks/