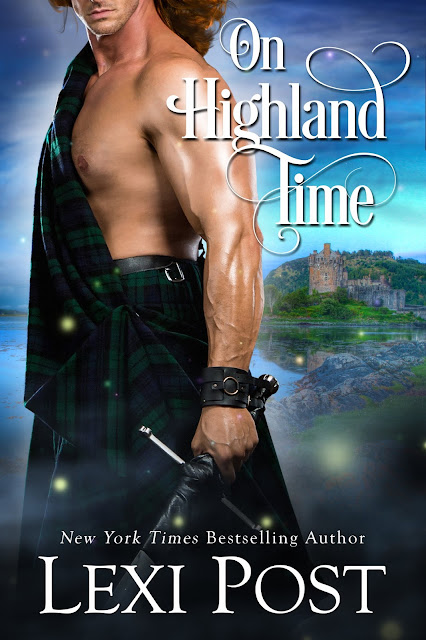 Time Travel with a Twist

As if writing a time travel story isn’t hard enough, I had to add a couple twists to it. At least that’s what I did in On Highland Time. Not only does Diana Montgomery go back to 1306 Scotland, but she goes there because it is part of her job. Yes, she is an agent of Time Weavers, Inc., a secret agency that weaves history back together after a Disruptor has changed it.
But that isn’t the only twist. Nope, I had to make it even more complicated. Diana goes back in time because she has a genetic ability to do so. Humans are starting to evolve and a handful of females have discovered they can travel through the Timestream. So all Diana needs to do is think about when and where she wants to be and she goes there.
And still that’s not all. In addition to her time travel ability, she has another, seemingly mild ability to calm people. This comes in handy a few unexpected times in Scotland. Usually, she only uses it to calm one of her fellow agents who is plagued by nightmares. All the people on the TWI staff have some unique ability. Zania the seamstress, can create clothing that is made from the original materials. Old Arthur, the researcher, can download all his information by staring into an agent’s eyes. Even Javier, the women’s trainer, can sense muscle messages before a person moves.
Yet even with all this, TWI still has no idea who the Disruptors are or what they want. Luckily, while Diana is on Highland time, she discovers a piece of the puzzle. The only problem is, she also falls in love with a Laird who must die in order for history to right itself.
I hope you enjoy On Highland Time and all its twists and turns. Enjoy the ride, I mean read 😊
Always, Lexi
www.lexipostbooks.com 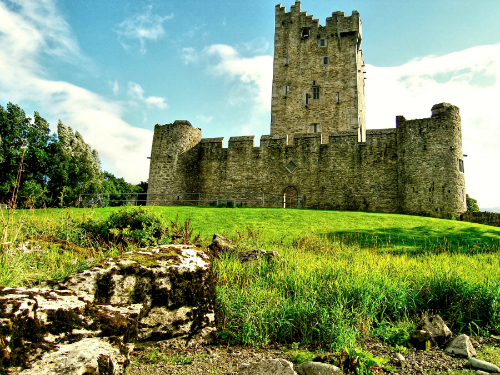 BCC:
For fans of sexy Scottish Highlanders who know how to treat a woman like a lady.
When someone changes history, affecting the future, Diana Montgomery, the most experienced agent of Time Weavers, Inc., travels back to 1306 Scotland to change it back. Her mission, to find the culprit and ensure a minor clan chief dies in battle as he originally had. 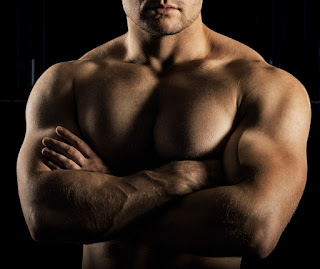 Diana is well-prepared to infiltrate the small MacPherson clan. What she’s not prepared for is Torr MacPherson, the ruggedly handsome warrior with a kind heart and a steadfast loyalty—the Laird she’s supposed to ensure dies.

Don't miss the rafflecopter at the bottom of the page.

Excerpt:
Torr appeared to grow larger before her eyes. He straightened to his full height and looked down at her, his eyes hard. “I was protecting my king and what is mine.”
She swallowed, his stare clearly indicating he considered her his. She broke eye contact and looked past him to find the two men, Beth, Braigh, and Mairi watching them. Once again, she was the center of attention. Not the right place for a TWI agent.
Medieval. She needed to think like a medieval woman. What would Mairi do in this case? Actually, the poor woman might very well faint.
Though it rubbed her all ways but the right way, she kept her gaze lowered. “I’m sorry that helping Ian angered you. I will refrain from doing so again.”
She heard Torr sigh. “That is not what upset me.”
Daring to look at him, she hoped her gaze wasn’t too direct. “Then why were you angry?”
He folded his arms across his chest, usually a common defensive gesture, but one she had begun to believe was his thinking stance. “I did not like seeing ye in the arms of another.”
That was blunt and to the point. “But aren’t you in the arms of another woman every few nights?”
He looked away and dropped his arms before quickly changing the subject. “I believe food awaits us.”
“So it does.” She let her irritation spill into her tone of voice. His double standard grated on her nerves, but that was according to her own time. She had to stop letting him get to her. Crouching down, she picked up her shoes and walked barefoot to the blanket, completely ignoring the hulk strolling beside her.
When she sat on the blanket, Douglas caught her eye and shook his head.
Oh, go have dinner with Medusa! She took a deep breath to regain some balance.
Torr lowered his large body next to her. Holding out his hand, he offered her a chunk of bread and a square of cheese. Reluctantly, she accepted it. Crossing her legs beneath her, she took a bite. The sharp cheese woke her taste buds and refocused her thoughts.
He didn’t say a word as he ate his mutton and bread.
She appreciated the silence and the food, casting furtive glances at him. The man would definitely be considered “eye candy” in her age. Broad shoulders with large muscles in his arms, developed pectorals, and abs women sighed over. While she had only seen a glimpse of his thighs, she could tell by the bulge of his calves that they, too, would be solid strength. He was no cover model with his crooked nose, red-tinged hair, and pure maleness, but he was striking in his own way. Even more than his giant build, there was a purpose to him that forewarned he was a force to be reckoned with. She just couldn’t see him dying in battle.
“Here.” Torr held out a wooden cup.
She tentatively took a sip to find it was water. It enhanced the aftertaste of the cheese, one of the few food items she found palatable. She handed the cup back. “Thank you.”
His large hand covered hers but didn’t let go. She looked up at him. His deep blue eyes crinkled at the corners. “Ye have no need to fear me, lass.”
Maybe not physically, but definitely emotionally. She liked this big, kind-hearted man, far too much. His feelings for her, though only interest and lust, were not good. Better to keep him at arm’s length. She grinned. “I know.”
His brow rose and arrogance revealed itself once again. “Ye do? Well then, ye also know my bed is waiting for you.”
She swallowed the thrill of excitement that ran through her chest and instead focused on her modern irritation over his lifestyle. Though she tempered it, she wasn’t above a little sarcasm. “Which night?”
He scowled, his face taking on harsh lines.
Holy Hamlet, he looked mean when he did that.
“Lass, you test my patience.”
“Laird, you test mine.” She raised her chin just a fraction.
He scowled harder. Then his face relaxed, and he chuckled. “I think ye will fit into this clan very well.”
The idea of being a welcome part of the clan scared the hell out of her. Since her parents’ death, she’d created her own clan, so to speak. She couldn’t become attached to another, especially not in 1306. She needed to put distance between herself and this laird.

Lexi Post Bio:
Lexi Post is a New York Times and USA Today best-selling author of romance inspired by the classics. She spent years in higher education taking and teaching courses about the classical literature she loved. From Edgar Allan Poe's short story “The Masque of the Red Death” to Tolstoy’s War and Peace, she's read, studied, and taught wonderful classics.
But Lexi's first love is romance novels so she married her two first loves, romance and the classics. From hot paranormals to sizzling cowboys to hunks from out of this world, Lexi provides a sensuous experience with a “whole lotta story.”
Lexi is living her own happily ever after with her husband and her cat in Florida. She makes her own ice cream every weekend, loves bright colors, and you will never see her without a hat.
Website
Lexi Post Updates
Facebook
Twitter
Instagram
Amazon Author Page
BookBub
D2D
Goodreads
Instagram
Blog
Pinterest
Email

Email ThisBlogThis!Share to TwitterShare to FacebookShare to Pinterest
Labels: Lexi Post, On Highland Time, Time Travel with a twist