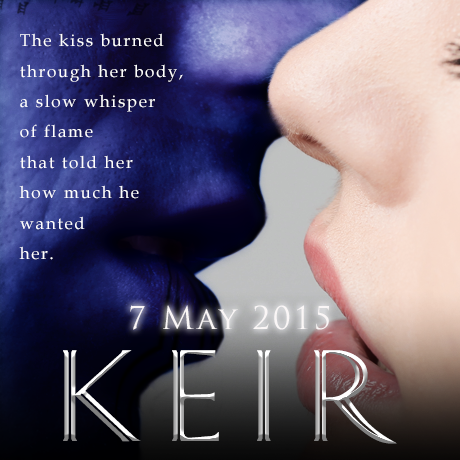 Hi, my name is Pippa Jay, author of scifi and the supernatural with a romantic soul. Y'know, it still feels a little odd saying that? My debut novel came out in May 2012, but it was a while before I felt brave enough to say it to a total stranger when they asked me what I do. Then she asked me, "What do you write?"
"Science fiction romance."
"Oh, you mean like Twilight?"
*long pause*
"Er, no, not like Twilight at all."
Moving swiftly on...
I write mostly scifi, usually with romance woven through it. If you're wondering what science fiction romance is, think Star Wars (Han and Leia), Avatar and John Carter. Maybe even Farscape and the revamped Doctor Who? But I try to keep my stories tech light and avoid too many unpronounceable names, focusing mainly on my characters. I love to write tortured souls, and the more I can torture them, the happier I am! Bwah-ha-haaaa!
I also live in the glorious and historical town of Colchester in the UK - Britain's oldest recorded market town - with my husband of 20 years and our three little monsters. Colchester Zoo, the nearby coastline of East Anglia and the town's Roman and medieval past have all had their influence on my writing. My debut novel Keir starts in a setting probably more suited to a fantasy, based on my love for the medieval period and local landmarks like the Layer Marney Towers. But my characters are soon swept away to other worlds, including the tropical planet Metraxi, and the island paradise of Kasha-Asor (both based on hot, lazy days at the local beach). Yep, we do get hot days even in the UK!
And now I’m hoping to sweep readers away again with the re-release of my first book baby in time to celebrate what would have been its third book birthday (if not for the sixteen months it’s spent in edits due to the rights reverting to me in January 2014). It’s also my third anniversary as a published author. I feel I’ve come full circle. 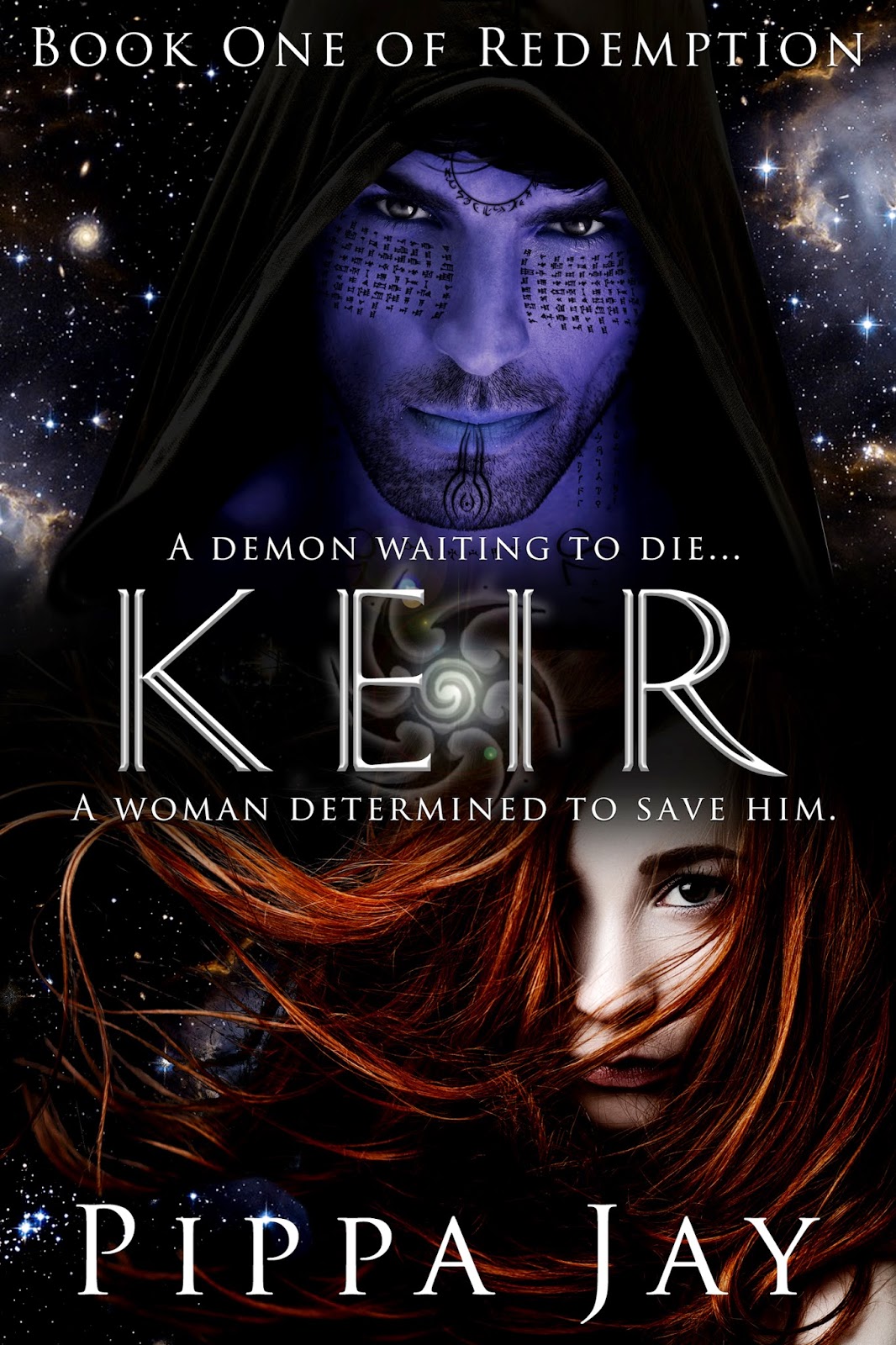 A demon waiting to die...

An outcast reviled for his discolored skin and rumors of black magic, Keirlan de Corizi sees no hope for redemption. Imprisoned beneath the palace that was once his home, the legendary ‘Blue Demon of Adalucian’ waits for death to finally free him of his curse. But salvation comes in an unexpected guise.

A woman determined to save him.

Able to cross space and time with a wave of her hand, Tarquin Secker has spent eternity on a hopeless quest. Drawn by a compulsion she can’t explain, she risks her apparent immortality to save Keir, and offers him sanctuary on her home-world, Lyagnius. But Quin has secrets of her own.

When Keir mistakenly unleashes the dormant alien powers within him and earns exile from Lyagnius, Quin chooses to stand by him. Can he master his newfound abilities in time to save Quin from the darkness that seeks to possess her?

Amidst the noise and flashes, the sound of movement drew his gaze aside. Quin had stepped out onto the adjoining balcony to lean nonchalantly on the ledge and admire the show.

The light display forgotten, Keir immersed himself deeper in the shadows and watched her instead. Like his first sight of her in the Adalucien prison cell, it struck him how small she was, and how different to anyone he had ever known. Quin had unbound her hair, which now formed a wild red halo around her face. Her formal robes had been exchanged for a short, black slip that ended mid-thigh, and a long-sleeved robe of black lace.

The gentle curves of her slim figure showed through the fabric. His eyes strayed to the white skin of her legs, like fine marble shaped and smoothed. What would it feel like to touch? Cool like stone? Or warm like velvet, soft as silk?

Unease tightened his muscles, and he tried to drag his gaze away. A Salusian woman would never expose herself like that. Never show so much skin and be so uncaring about it.

But then, Quin is not Salusian. And she does not know I am here. I should not be looking.

Even as he thought it, even as he berated himself for it, his gaze drifted back. A smile arched her lips as she watched the skies, as enchanted as a child. A stronger gust of wind brushed the hair back from her face and folded the satin cloth of her outfit around her figure.

Sudden elation overwhelmed him, combined with the heat T’rill had inspired. Desire wrapped tight arms around his body. The heady mix stole his breath. No. Shame burned his skin. Quin was his friend, the first he had ever had, and the only person to show him kindness in more years than he could count. Yet at that moment he wanted more. For the first time in remembrance, he wanted to touch and be touched in return. To hold her and have her return his embrace freely, with more than a friend’s affection. To feel her white skin under his fingertips. To brush the hair from her face as the breeze did now, and run his fingers through it.

His thoughts dishonored her gift of friendship to him. 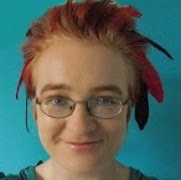 Pippa Jay is a dedicated member of the Science Fiction Romance Brigade and Broad Universe, blogging at Spacefreighters Lounge, Adventures in Scifi, and Romancing the Genres. Her works include YA and adult stories crossing a multitude of subgenres from scifi to the paranormal, often with romance, and she’s one of eight authors included in a science fiction romance anthology—Tales from the SFR Brigade. She’s also a double SFR Galaxy Award winner, been a finalist in the Heart of Denver RWA Aspen Gold Contest (3rd place), the EPIC eBook awards, and the GCC RWA Silken Sands Star Awards (2nd place).