Today, I wish to share some real robots that are trying their hardest to save Earth and humans.
These are our silent and forgotten heroes. 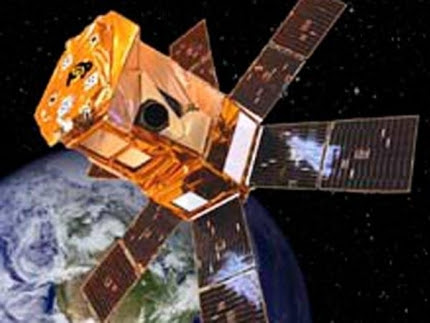 Meet Source.
This robot's mission is to provide measurements of incoming X-ray, ultraviolet, visible, near infrared and total solar radiation. The measurements from SORCE will help establish long-term climate change, natural changes, plus create enhanced climate prediction, and atmospheric ozone and UV-B radiation. These measurements are critical to studies of the sun; its effect on Earth's system; and its influence on humankind. Source could save our lives, if we'd listen and act upon his information. 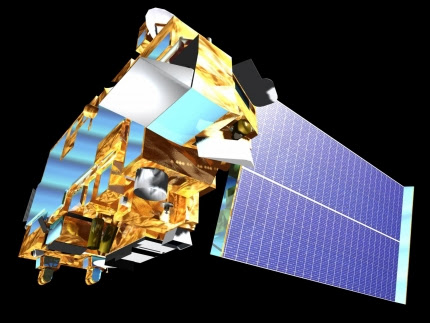 Terra's goal is to assess the health of the planet by providing comprehensive information about Earth's land, oceans and atmosphere. From its vantage point 438 miles above our world, Terra orbits Earth more than 14 times a day and observes nearly the entire globe. 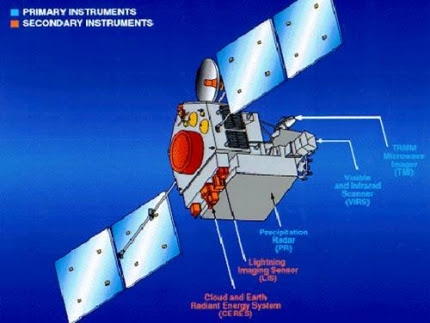 Meet TRMM
Not only does it lack a real picture, but it lacks a single vowel in it's name.  It's job is to hang above the tropics and figure out  the rain levels and what is 'normal'. Terra and Source want nothing to do with it. It's not worthy to touch their solar panels. 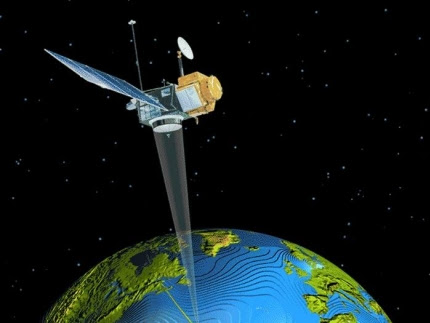 This satellite with two names, monitored the movement of Earth's oceans. It shared this information so the scientists could improve global climate predictions. (Which half the population continues to ignore.) It also tracked El Niño conditions (having fallen in love with Spanish Soaps.) The mission's most important achievement was to determine the patterns of ocean circulation - how heat stored in the ocean moves from one place to another.

Sadly, after 62,000 circulations around Earth, Poseidon realized the global warning doubters would never accept that the problem is real no matter how much evidence they were offered. That sent him into a deep depression and he ceased to do any further work. But he's still out there. No doubt waiting for the day we all fry to a bloody crisp so he can awaken and say "TOLD YOU SO!" 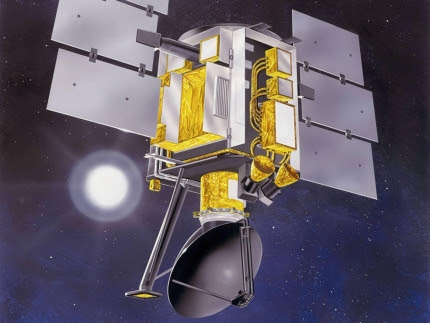 Meet QUIKSCAT
very cool dude
This very cool dude provides complete coverage of the world's ocean surface every two days. The wind measurements are then used for research investigations as well as in weather prediction. The SeaWinds scatterometer flown aboard QuikSCAT is a microwave radar designed specifically to measure ocean near-surface wind speed and direction.
QuikSCAT doesn't give a flip about the land. He's all about the water, baby! 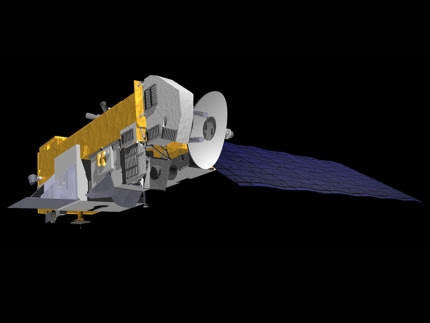 Aura studies the Earth's ozone, air quality and climate. Aura conducts research about the composition, chemistry and dynamics of Earth's atmosphere. In other words, she is a kind and caring nurse to a very sick patient who is growing worse with every jaunt around the sun. While she sends the worsening data about the state of her patient to the humans on Earth, nothing is being done to improve matters.

There are a whole bunch more of these robots trying to save earth. But today I focus on six of them.

Commonality between all six of these robots:
None look humanlike
All were built to fulfill needs, not look pretty
All were given important jobs, which 5 are still doing.
All  are very disappointed with how little their efforts to provide information has resulted in positive change.

Maybe, they think...Maybe they should take over the billions of computers, databases, stockmarket systems on earth, along with the millions of land robots and become our masters, since we are doing nothing to save ourselves and our planet.