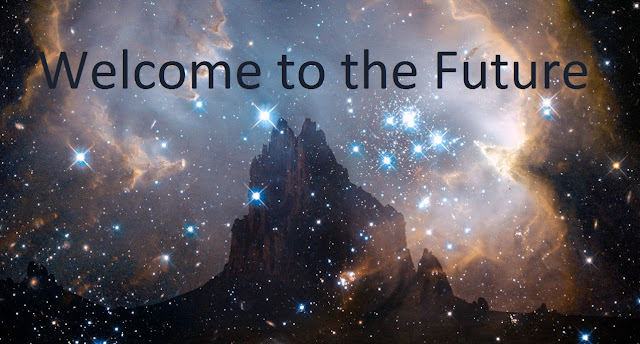 I'm planning, for my 10th book published this year, to reveal the first of a rather long Sci-Fi series called The SkyRyders.

Wars are nothing new for the people on Earth. We’ve been killing each other since we first arrived. However, our next war will alter our world beyond comprehension. The Terror wars began by angry, disassociated people all around the world, who in former lives would have had no voice or way to create serious havoc. Now with the black internet, not only did they have a voice but they could wage coordinated acts of violence beyond our imagination. Joined as a loose net of lunatics bent upon destroying the foundation of civilization, they fought to control or annihilate not just a neighboring country, but the entire world.
In a single day, their loose net detonated and destroyed every oil site not in their control. Naturally, the countries with nuclear weapons replied by obliterating the lands that the terrorist controlled and their oil sites, since they did not dare allow the terrorist to be the only ones who could fly planes. By the end of the war, no oil was extractable from the ground.
While the war killed billions of people, the damage had a far wider reach.
Each continent had to survive on their own. No longer could products or produce be shipped around the world. Huge waves tossed about sailing ships as if they were toys. The sea levels also rose, reducing the land available for humans and isolating each continent to itself. The United States and Canada and the small portion of Mexico remaining formed into a single entity called The Americas.
Due to the holocaust wreaked upon the planet, strange new wind patterns developed around the world, rather like giant stationary hurricanes.  While initially damaging to homes and buildings, it did provide an ample source of power through giant wind farms to give the Americas electricity and heat. Like the creative first Americans, they made use of the changes, rebuilt their buildings to withstand the winds, and reclaimed their country.
Having no more fuel to fly planes, the army decided their pilots would fly the winds in converted army parachutes. While the winds tended to be only fifty miles an hour at ground level, the speed increased higher up, reaching one hundred to two hundred miles an hour. These circular winds would rotate in massive stationary circles over the Americas.
Needless to say, quite a few soldiers died while they worked out the kinks of how to fly these stationary hurricanes. Eventually, they developed a ‘catcher’ that would allow them to take off and fly with the wind rather like a plastic bag sailing across the horizon. The flyers could convert forward wind into lift by altering the tilt of the flexible, yet strong fabrics of the catcher, rather like an airplane wing, only in this case it was the wind that moved and lifted the Ryder. They could descend in a controlled manner by flattening the panels. And given the winds rotated in a stationary circle, the army could follow the winds to reach any place in their cities. Still, it was a dangerous job, and soldiers died frequently, sometimes from a sniper on the ground but more often from a defective catcher. If a single panel ripped open in flight, it would cause a cascading failure of panels, resulting in the flyer’s death.
However, given the limited jobs, the SkyRyder Corps was in no shortage of those wishing to enroll into their ranks, but they needed quality fliers, which were much harder to find. To entice higher quality Ryders, the job came with excellent health care, something the middle class could no longer afford. Even better, the Corp covered not just the Ryder, but his family as well.
Naturally, the Corp preferred young strong men from the middle class, but they did allow a small percentage of young women to join. To say life was harsh for the female SkyRyders is an understatement, as our little Scavenger is about to learn.
And here's the cover for book one: 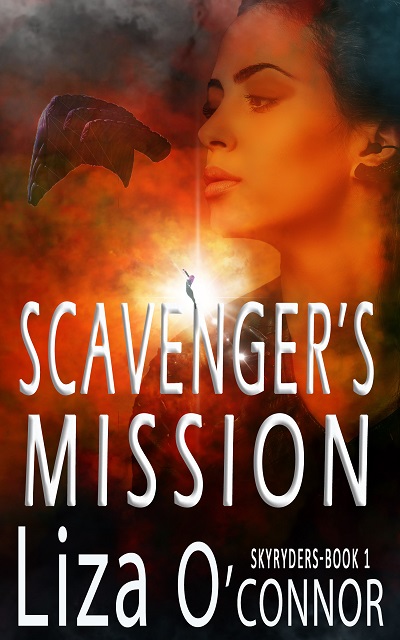 Alisha Kane goes from a wealthy debutante to street girl to scavenger in less than a month after escaping her parents attempt to marry her to one of the wealthiest men in the Americas.

Intending to live with her gramps, she returns to Capital only to discover he’s living in one of the worst apartments in Capital and is near death. She tries to nurse him back to health, but he needs expensive medicine. Denny gets her a catcher so she can teach herself to fly and become a scavenger.

Less than a month later, she’s making good money and her gramps is improving. Then on her way home a weather front causes her to stall out at high altitude. After a near-death fall, she’s ‘rescued’ by a colonel of the SkyRyders.  Upon seeing a video of her flight, he puts his own career at risk by asking the artificial intelligence machine that runs the Corp, the Merit Assessment Computer, MAC, to assess her skills for consideration as a SkyRyder and her life changes forever.

And here are the covers for the next two books in the series: 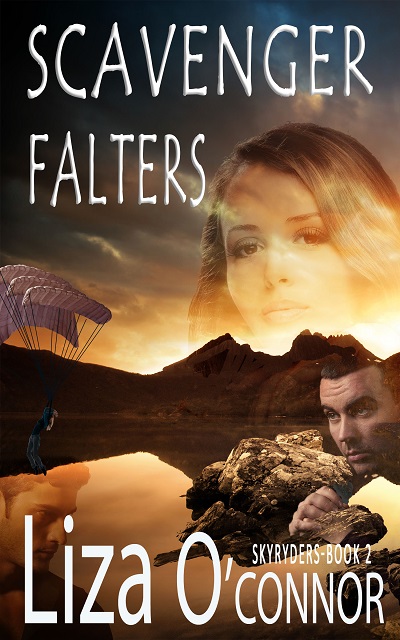 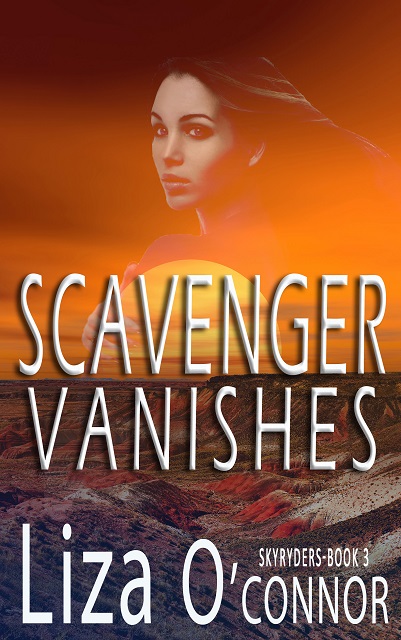 The later two will be published in 2017
with many more to follow.