Hi everyone!  I’m Dena Garson. I’m a newbie to the world of sci-fi romance - as an author, anyway. I’ve always loved sci-fi. My father introduced me to Doctor Who during the Tom Baker years and I was instantly mesmerized. Tin foil walls and all! After beginning my writing career, it was only a matter of time before a sci-fi book popped out of my head and landed on the page. The idea of travelling to far away planets is too much for me to resist. And if I can make up what they find when they get there, even better!

I hope you’ll enjoy Rege and Amethe’s race across galaxies. 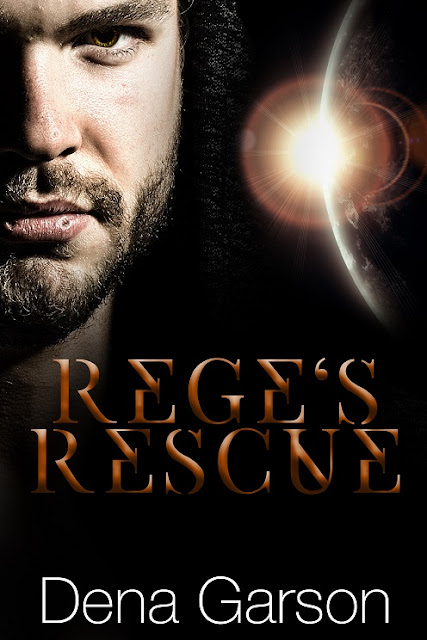 Rege Rovnitov battled his way out of the darkest hell hole in the charted universe to become the best tracker in four galaxies. Fighting injustice, he and his brotherhood have spent their lives with one foot on the shady side of the law. When the daughter of one of his allies is abducted by slavers, he offers his skills to bring her home. On such a dark and dangerous mission, he never expected to find a woman full of goodness and light.

After years in the spotlight as an interstellar songbird, Amethe Madigan only wants to regain a normal life. Her plans are upended when a band of slavers take her captive and drag her to the galactic port known as Sin City. With Rege’s help, she narrowly escapes being sold to the highest bidder, or worse, turned over to whoever ordered her kidnapping. As they race across galaxies evading her mysterious abductor’s attempts to possess her, she makes the mistake of falling in love with a man whose idea of a normal life is anything but safe.

Rege promised to rescue Amethe but she could be his salvation from a dark and lonely existence. In the end it won’t matter who saved whom. Where love is concerned, it’s winner takes all. 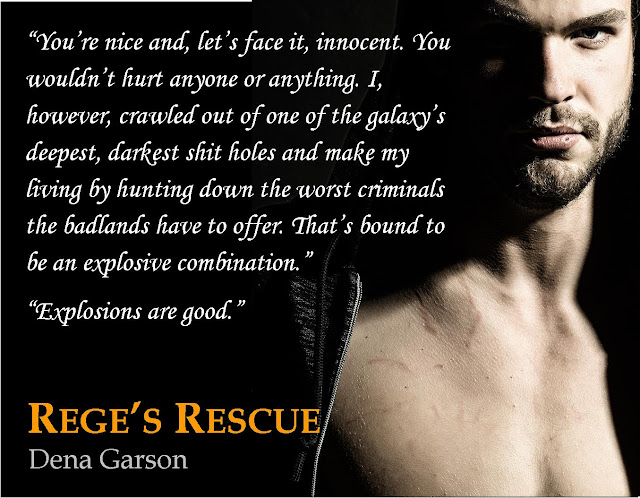 Rege Rovnitov’s instincts went on high alert as soon as his boot crossed the shop’s threshold.

Even over the heavy scent of leather, he detected burned ozone. A weapon had been fired. Debris scattered on the floor and countertop said there had been a struggle.

He pulled his own weapon from its holster at his back and edged farther into Tauxir’s store. There were no patrons inside and he hadn’t seen anyone leaving. This part of the city drew rough clientele, but Tauxir had a solid reputation for being an honest businessman as well as being a man you didn’t want to fuck with.

Whoever decided to take something of Tauxir’s must have a death wish.

Rege grinned. Maybe this day wouldn’t be a waste after all.

Using all of his senses to piece together what had happened he moved deeper into the store.

A roar followed by a crash came from the backroom. He leapt over an overturned stool and cleared the last steps to the doorway in one bound. Yanking the curtain aside, he leveled his gun’s laser sight on the first thing that moved.

His entrance was met by one pissed off and bloodied leatherworker. Tauxir held a similar gun and Rege suspected Tauxir’s laser was aimed right at his heart.

“You okay?” Rege asked without relaxing his stance.

Tauxir’s jaw flexed as if still debating whether or not to fire. “No,” he finally ground out between clenched teeth.

Rege glanced around the room to make sure there were no threats. “What happened?”

Rege also lowered his weapon but didn’t holster it.
“What did they want with you?”

Son of a bitch. Tauxir’s daughter. “They took her?”

He nodded once then pulled a wicked knife from underneath his worktable and pushed it into a sheath.

“How long has she been back?”

“Two nights.” Tauxir strapped the knife to his thigh then grabbed two more and slipped those in their respective places.

Rege pushed the button on the communicator wrapped around his ear. “Call Bolan.”

Tauxir half limped, half dragged himself toward the stairs. Thinking he might need help getting upstairs, Rege closed in.

Tauxir leaned against the wall and slid a concealed panel aside. He entered a code which activated a small door at their feet below the stairs. Even from where he stood, Rege could see the impressive collection of weapons.

“Grab Vordol and Malir and get to Tauxir’s. We’ve got a situation.”

“Be there in ten.” No complaints, no unnecessary questions. That was the beauty of the brotherhood. Always there for each other no matter what.

“Not your problem,” Tauxir said gruffly without looking up from his stash of weapons.

“You’re a brother. If you’ve got a problem, we all have a problem. You know that.”

He finally looked up. “I retired from the Brotherhood more than a decade ago. I’m not about to bring my problems to any of your doors. The Brotherhood has enough to deal with.”

Rege crossed the room and put one hand on Tauxir’s shoulder. “You may not run missions any more but you contribute to the cause as much as any of us.”

Tauxir snorted. “What? By passing info?” He pulled a high powered gun from the stash that Rege would have given his right nut to possess.

“Your intel has saved hundreds of lives. And more than one Brother owes you his life or limb because of your armor.”

“Doesn’t make this your problem.” He pulled several clips from a drawer inside the secret space then stood. “I’ll bring my daughter home.” Even as he said it, he swayed and crumpled to one knee.

Rege reached to help him but Tauxir brushed him off. Knowing how obstinate Tauxir could be he grabbed a handful of Tauxir’s shirt and dragged him to a nearby chair.

“We don’t have time for stubbornness. Tell me what you know and I’ll track them.”

Tauxir shook off his grip and tried to stand. “I’m going.”

Rege pushed him back into the chair. “I’m the best tracker around and you’re in no shape to chase after anyone. Based on the angle of your leg, I’m betting it’s broke. Now tell me what you know.”

“She’s my daughter.” Tauxir tried to shove him away and stand but he only succeeded in proving Rege’s point.

“Enough! You’re being hard headed and wasting precious time. Tell me what you saw.”

Tauxir hung his head. “There were three. They took what coins I had in the lockbox and a few pieces of merchandise. They tried to make it look random, but they were looking for her.” Anger and frustration burned in his eyes. “They knew Amethe was here.” He shook his head. “She fought them. So did I but as soon as they put a laser blade against her throat I was done.”

“You did what you had to do.” Rege tried to reassure him but knew his words would mean little. “What did they look like?”

“All three of them were big. One thinner than the other two but still packed a solid punch.” Tauxir absently rubbed a place on his chin. “One had the mark of the slavers on his neck. The other had one on the top of his hand. Based on the leader’s accent I’d say he came from the Omega Tori system.” He tried to get up again but Rege pushed him down again.

“Vordol and Malir will be here soon. They’ll make sure you’re patched up.” He gripped Tauxir’s shoulder until Tauxir looked him in the eye. “I will find her.”

Tauxir nodded once. He didn’t say a word but his eyes spoke volumes about the fear and gratitude he must have felt. “Here. Take this.” He pushed the weapon he’d pulled from the vault into Rege’s hand. “Your new jacket is ready.” He pointed to the corner where several garments hung from a peg that jutted out from the wall. “Take it and anything else you need. On the house. Just bring her home to me.” 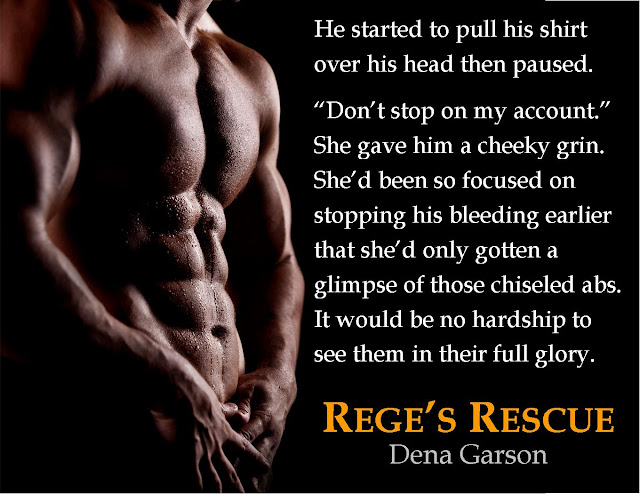 When she isn't writing you can find her at her jewelry workbench playing with beads. She is also a devoted Whovian and Dallas Cowboys fan.