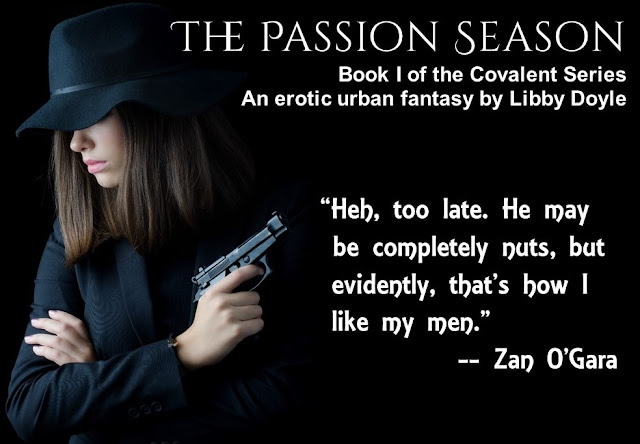 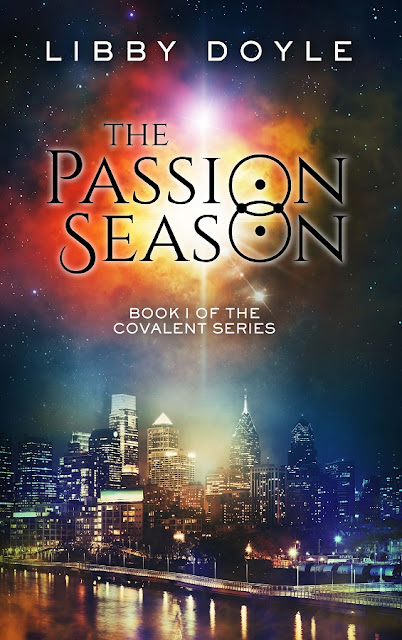 Warning: This book contains foul language, violence, explicit sex, and descriptions of sexual violence. Adults only, please! Be aware, that as the first book in a series, the story continues. It is not a stand-alone novel.

In loving him, she overcomes her pain, but to discover his true identity would shred the reality she thought she knew.

He is Barakiel. Warrior. Exile. Hopeless romantic. Barakiel is Covalent, a race of ancient beings who use their great power to keep the elemental forces of Creation and Destruction in Balance. The Covalent Council exiled Barakiel to the Earthly Realm as the price of the treachery of his father, Lucifer, who wages perpetual war against it. Lucifer also relentlessly pursues his son. The Council thinks Lucifer views his son’s power as a threat, but Barakiel knows his father seeks to destroy even the memory of love.

She is Alexandra “Zan” O'Gara. FBI Agent. Army veteran. Recovering drunk. Zan’s troubled past left her with little interest in men, but she had never encountered anyone like the stunning Rainer Barakiel. Zan believes Rainer is a wealthy businessman with expertise in edged weapons who can help her with a case. From the moment she meets him she wants him more than she’s ever wanted anything, but her intense attraction is as frightening as it is thrilling.

This is their love story. As Zan’s deepening feelings for Rainer lead her to confront her emotional damage, he struggles to meet the demands of his home world so he will be free to love her, and to reveal his true nature. Through the gruesome crime that first brought Zan to his door, Barakiel learns that his presence in the Earthly Realm has placed some of its most vulnerable citizens in danger. Compelled to protect them, he undertakes a series of duties he may not survive, even as Zan rescues him from centuries of a deadened heart.

Covalent City, Age of Lucifer’s Rebellion, Phase 12974
Barakiel stood on the edge of the terrace trying to calm his mind. He watched citizens cross the Great Plaza far below and admired the mammoth gates of Covalent City, glowing amber within the pale granite of the city walls. Warriors patrolled the ramparts beneath thin towers of vermilion light. He envied them their duty.

Beyond the occasional flash of the city’s protective barrier, the verge of the Stream glimmered sapphire on the horizon. Barakiel imagined losing himself in the dust of its electromagnetic storms, which might be preferable to the fate the Covalent Council was to decide for him. As the son of the traitor Lucifer, he was an object of hatred and fear, too young to hold anything but a dim promise of power. He had no idea how to resist their pronouncement.

Perhaps they will execute me. That would be one way to ensure my father does not lay waste to their shining city.

The attendant appeared and showed Barakiel into the Council Chamber. His father had described it to him once, when he was small. He told him how the thick, high pillars shimmered away and reformed, how the great table appeared as a reflecting pool, yet was as solid as stone. His father said the Chamber was meant to be an expression of the Council’s mastery over matter and energy. Then he laughed.

“Shallow tricks, that is all, by fools who have allowed comfort to make them forget what they are.”

The attendant directed Barakiel to stand by the head of the table. He resisted the urge to touch it. He was addressed by Ravellen, a traveler Covalent of pale beauty, clothed in the crimson robes of the Council president.

“We are sorry for the loss of your mother, Barakiel, that you were unable to save her.”

“She made her choice.”

“And you? What would you choose?”

“To continue my training. Already, I fight as well as warriors double my age.”

“We do not think this is possible. Your father obviously seeks your death or enslavement. He must see you as a threat.”

They think they know him better than I do. He tries to kill me because he loved me once.

Here's a teaser for book 2, The Pain Season: 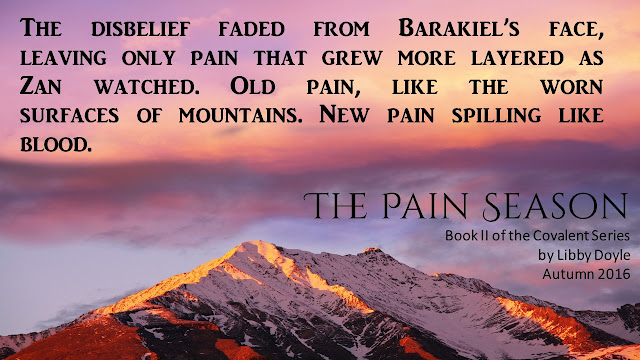 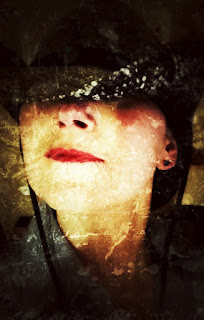 Libby Doyle is an attorney and former journalist who took a walk around the corporate world and didn’t like it. She escapes the mundane by writing extravagant yarns, filled with sex and violence. She loves absurd humor, travel, punk rock, and her husband.
The Pain Season: Book II of the Covalent Series in coming this autumn. Be the first to know! Sign up for Libby’s mailing list at: http://eepurl.com/bWvolH