I've always had an obsession with shiny things, and especially crystals. Just like a magpie, anything with a bit of sparkle attracts me. I dabbled in alternative therapies and witchcraft as a teen, an area where the mystical properties of crystals play a part. And reading (and adoring) Anne McCaffrey's Crystal Singer trilogy introduced me to the idea of using crystals in scifi. Quartz crystal is used in a lot of modern tech already - who hasn't heard of quartz watches? - and it’s used in radios, radar, sound equipment and television. A more recent innovation is the use of nanocrystals for memory storage. The mineral's versatility comes about because it has piezoelectric qualities, which means it takes on a charge when stressed.
So when deciding on a particular type of technology for Gethyon's universe, it was a logical choice. Crystophile technology is the norm, and a field Gethyon himself excels in. At one stage in the story, his knowledge pays his way. But at the beginning, it's a piece of crystophilic technology - a CHI (Crystalline Holographic Imager) device - that lands him in trouble in the first place. While meant purely for displaying 3D moving images, Gethyon’s unusual talents coupled with the device lead it to opening a pathway through space...attracting the attention of a dark force seeking just such a talent. Technology isn’t always a good thing... 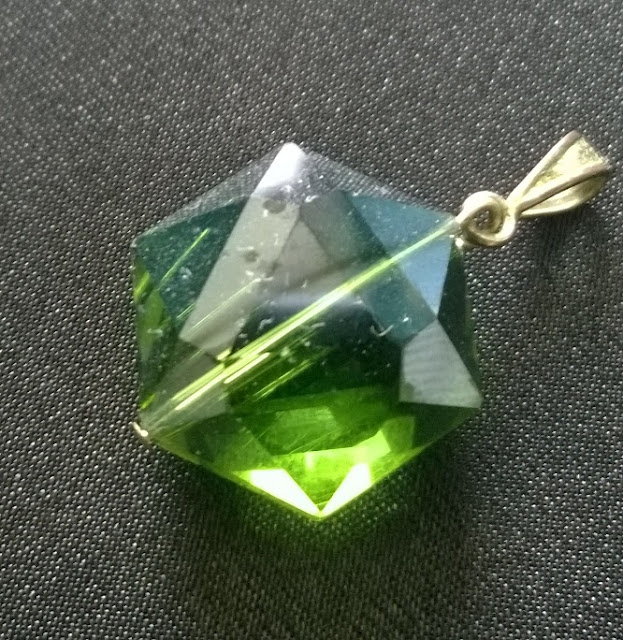 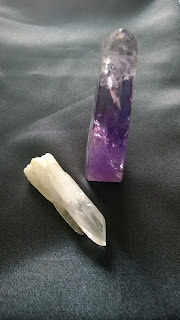 More facts about quartz - it belongs to the trigonal crystal system and the ideal shape is a six-sided prism ending in six-sided pyramids (the CHI in the story just happens to be a hexagon to follow that idea of the perfect crystal shape). Quartz is the second most abundant mineral in Earth's continental crust, with an overall chemical formula of SiO2. Aside from its usefulness in technology, it's also the basis of several semi-precious gemstones such as agate, carnelian, onyx, amethyst, citrine, and milky, smoky and rose quartz. So it’s not just incredibly useful, but pretty too. And I clearly can’t resist it. 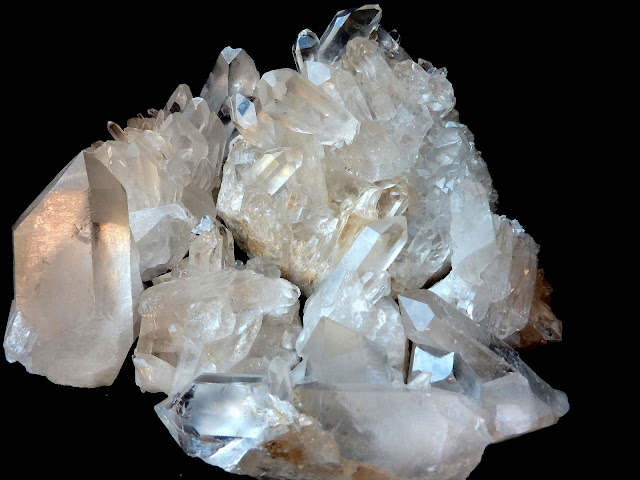 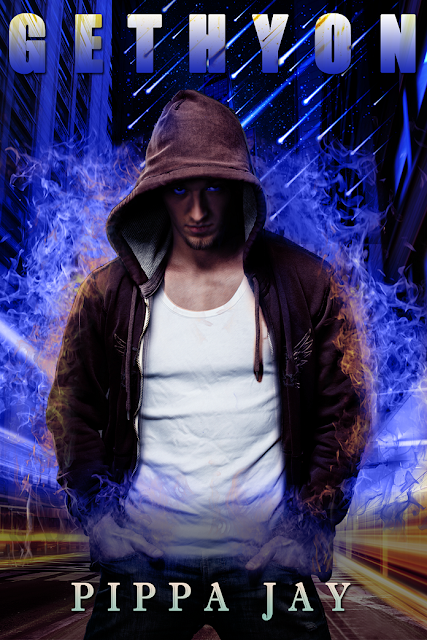 Abandoned. Hunted. Out of control.

Gethyon Rees had always felt at odds with the universe, and hoped for an escape among the stars. But discovering he has the ability to cross time and space with just a thought brings more problems than it solves: a deadly bounty hunter who can follow him anywhere, the unwelcome return of Tarquin Secker—the mother who abandoned him—and an ancient darkness that seeks him and all those with his talents.

When an unforgivable act sets him on the run, it’ll take more than his unearthly powers to save his skin and the lives of those he cares about. It’ll take a sacrifice he never expected to have to make.

A science fiction adventure novel previously published by BURST (Champagne Books), and part of the Travellers Universe. A 2014 SFR Galaxy Award Winner for Most Awesome Psychic Talent and a 2015 EPIC eBook Awards finalist in the Science Fiction category. Also now includes the SF short story The Bones of the Sea.

“With colorful worlds full of nuance and dimension, characters that walk off the page, and themes that anyone who has been either parent or child can relate to.” J.C. Cassels, author of The Black Wing Chronicles series

Gethyon stumbled and fell. Light burst across his vision, a violent assault of color, and he threw up an arm to defend himself. Something brushed against him, spun him, and then another bruising impact sent him backward.
“Watch where you’re going,” someone scolded.
Gethyon dropped his arm and squinted, fighting to keep his balance. People flowed around him, but the man who’d spoken was already moving away, a reproving frown on his face.
Soft sunlight gleamed from smooth marble, a blend of gray, green, and white beneath his feet. Humans bustled in different directions, each intent on their own concerns, with only the odd, inquisitive glance thrown his way as he stood, alone and bewildered, in their midst. He faced a distant horizon framed by the jagged spires of mountains. To either side of where he stood, the mountains ran in tooth-like bronze spines. The plaza seemed to be a main pedestrian thoroughfare in the middle of a wide valley. He stared. Where was he?
“Hey!”
Gethyon dragged his head around toward the speaker, forcing his eyes to focus. Buildings in the same pastel marble filled the valley ahead. Cold shock drenched him at the sight of two uniformed men between him and the nearest edifice, one warden aiming a finger straight at him.
“Hey, no unauthorized teleportation in the plaza!”
Gethyon turned and ran. Shouts from behind told him pursuit followed. He dodged between the idling crowds, staggering as his legs quivered.
What happened?
He’d done it again—sent himself elsewhere—but how? And why could he do it? What was he? 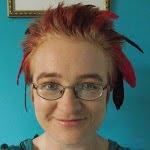 After spending twelve years working as an Analytical Chemist in a Metals and Minerals laboratory, Pippa Jay is now a stay-at-home mum who writes scifi and the supernatural. Somewhere along the way a touch of romance crept into her work and refused to leave. In between torturing her plethora of characters, she spends the odd free moment playing guitar very badly, punishing herself with freestyle street dance, and studying the Dark Side of the Force. Although happily settled in the historical town of Colchester in the UK with her husband of 22 years and three little monsters, she continues to roam the rest of the Universe in her head.

Pippa Jay is a dedicated member of the Science Fiction Romance Brigade, and Broad Universe, blogging at Spacefreighters Lounge, Adventures in Scifi, and Romancing the Genres. Her works include YA and adult stories crossing a multitude of subgenres from scifi to the paranormal, often with romance, and she’s one of eight authors included in a science fiction romance anthology—Tales from the SFR Brigade. She’s also a double SFR Galaxy Award winner, been a finalist in the Heart of Denver RWA Aspen Gold Contest (3rd place), the 2015 EPIC eBook awards, the 2015 RWA LERA Rebecca (2nd place), and the GCC RWA Silken Sands Star Awards (2nd place).