Seven Steps shares all the grand futures promised but not delivered.
(Turns out it's much easier to create stuff in fiction than it is in reality.) 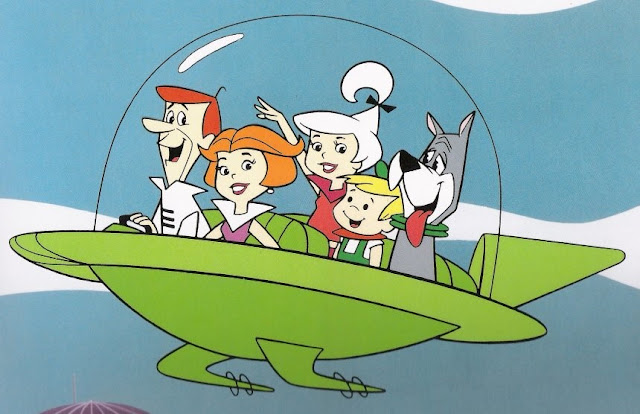 Waiting for the Jetsons

So many ideas about this blog post ran through my mind. Should I write about diversity in science fiction? Female stereotypes in literature? The rise of shifters? The fall of sweet romance? The answer came to me in the most unlikely of places: sitting in traffic.

Where are the Jetsons at?

I grew up with a promise of a world that never came. A world of square collars, party planets, and tubes that could take me anywhere I wanted to go. In fact, we are closer to the Flintstones then the Jetsons, and it aggravates me to no end. So, this blog post will be about the three inventions that I want most from the Jetsons.

First off, flying cars. I’ve been promised flying cars since I was a baby. It seems that whenever someone asks, someone else says that they are only a year or two away. It’s been thirty years! Someone put some wings on a car so that I can stop sitting in traffic! And while we are on the subject, where are Elroy’s jet packs? I saw a guy on Ripley’s Believe It Or Not use a jetpack back in the 80’s. I have yet to jet anywhere.

Second, who remembers when Judy Jetson had to get her hair done and she stuck her head into that machine and, poof, her hair was fabulous. Um… hello. This should be a no brainer. As a kinky haired, natural girl, I would give a kidney for a hair machine. The closest we got is this guy:

Um, somehow I don’t think this will work for me. But you know what? At least he’s trying, and after doing eight seconds of research on YouTube, I have determined that he seems to be the only one. No one else is in the automatic hair washing game but this guy? What’s up with that? Why is China the old ones trying to be on the Jetsons level? If they get this machine to work without giving me whiplash, I might have to move.

Last, but certainly not least, is the one invention that every person on the planet is waiting for. We’ve been told about these things for years. We’ve seen movies, played with toys, listened to radio shows, and even tried to build one ourselves. You know what I’m talking about? Robots. Where is ROSIE? Where is the robot that will clean my house? All I have is a Rumba. So sad. So very sad. As a working wife, mother, author, pet owner, and all around overworked woman, this would be a game changer for me. But, alas, I fear it shall never be. I am stuck using the same appliance that my parents used: washer, dryer, dishwasher. Do you hear me America? I’m using the same appliances that people used in the fifties! In fifty years, the only thing that we got was a vacuum that does little more than scare my cat and get stuck in the corner. We have to do better.

It’s been fifty years since the Jetsons debuted on television, and I am still sitting in my car in traffic. No flying jet packs. No robots. No hair machines. No far away planets. I might as well be Fred Flintstone and peddle my car with my feet. Let’s hope that in the next hundred years, we get this all figured out. Maybe then you’ll look up in the sky, and see me in my flying car, robot in the back seat, looking fabulous. 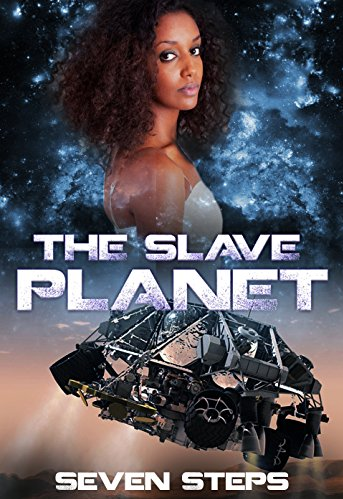 Love is the ultimate crime.

On a planet where women are born to rule, Empress Nadira's secret affair with her slave threatens to rip her family apart. When she joins the highest council in the land, her secret is revealed. Will Nadira go against everything she believes in to protect her family, or will she choose her heart and doom everyone she loves to death?

The Slave Planet is a, science fiction, interracial (black woman white man) romance. It is a thrilling journey into an alternate history where women rule the world.

This is the first book in THE SLAVE PLANET trilogy.

And if you aren't convinced to read this book, here's Liza O'Connor's Review:

What a thought provoking book!

This book has everything: betrayals (lots of them), love, revenge, deceit, bravery, self-sacrifice, and lots of people dying.

My favorite theme was love. Venus lives in a world where the love between men and women is forbidden; a place where men are slaves and to even eat at the same table is a death warrant. It is a world every bit as harsh as those of male zealots on Mar (who enslave women).

Nadira is a rebellious young woman. She’s been in love with her ‘slave’ Kiln for years. Nadira’s mother, Marie, is an ambassador to a planet, thus having sufficient coin to save Nadira when she gets into trouble. When it happens a second time, Marie tries to scare her daughter straight by telling her she must leave the house.  (That has consequences her mother never expected).

Nadira’s friend Eva lost her old slave and her mother takes her to buy a new one. Eva, the most obedient daughter in the world, falls for her handsome new slave despite her efforts not to succumb. Only when her mother discovers their love, she reacts much worse than Nadira's mother.

The planet is not only on the brink of anarchy, but self-destruction as well. But honestly, when love is forbidden, what do you expect? Angry, resentful, dark, vengeful people. And there’s a whole bunch of that.

It’s a long story, which I suspect I’ll be thinking about for a few months. The plot is way too complex to share. You seriously need to read this book. You won’t be sorry you did. And at the end, a few people will survive to give you your desperately needed HEA. Bask in your moment of happiness, then give yourself time to compare this world with real life.

ABOUT SEVEN STEPS
"Let me be that I am and seek not to alter me."
--William Shakespeare, Much Ado About Nothing. 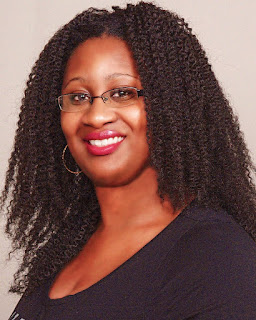 I have been writing for as long as I can remember. One of my mentors (you know who you are) often reminds me of my first foray into the world of literary fiction. It was a lively story about a bee's journey to find a pot of missing honey. He says that I have improved since then. I think that he's right.

I am a working wife and mother, as well as a devoted owner of a beautiful cat named Rosie. I enjoy hanging out with my friends and family, thrifting, and anything that reminds me of my childhood.