Jody Wallace shares the Malestrom Trilogy and Why there aren't many cats in it. 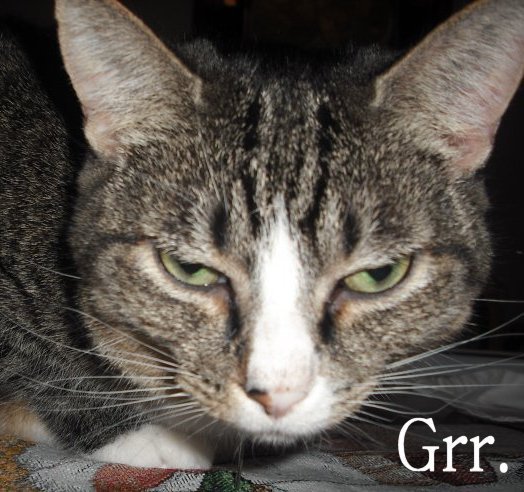 Why There Aren’t Many Cats
in the
Maelstrom Series

When I’m not being a writer, I’m a cat herder. Right now, since my mother moved in with us, we have 6 cats, and they require a lot of maintenance! Truth is, I think I’ve always lived with a cat, except when I was in the college dormitory. Because of that, and because my other love is the website www.meankitty.com, I often add cats to my books SOMEWHERE. Meankitty insists on it, and I dare not disobey. 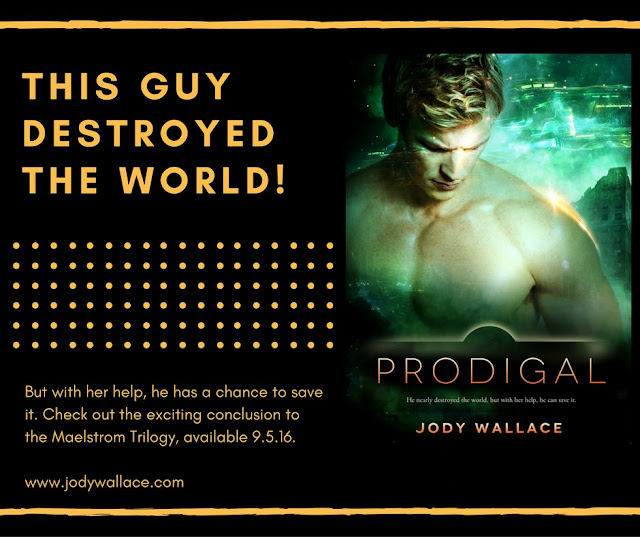 But in a post-apocalyptic romance? Considering the characters were often in danger, in gunfights, and running from monsters, I was hard-pressed to satisfy Meankitty’s demands and feline up my narratives. I finally managed a tiny bit of kitty in PRODIGAL, which is the third book in the trilogy, because the characters spend time in their settlement in the buffer zone instead of constantly on the run. Depicting how the “average people” on the planet were living after the apocalypse allowed me to elaborate on survival techniques, barter systems, living arrangements, and, of course, domestic animals like pigs, cows, and cats. I not only researched medical supplies, latrines and crop growing but how to make your own yogurt.
I will say, however, that when I made my own yogurt at home to see how it worked, that Meankitty was NOT a fan.

Here’s some more information about the book: 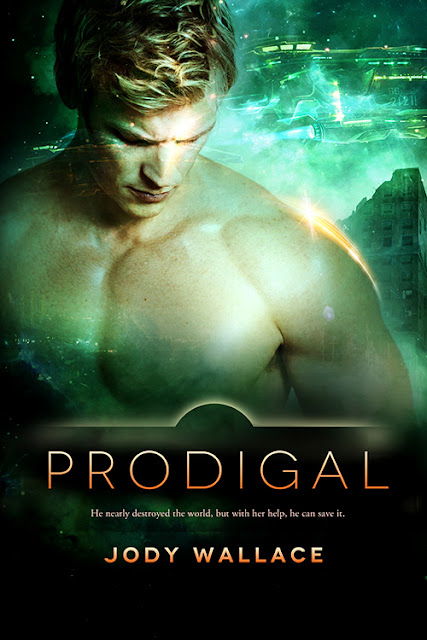 He nearly destroyed the world, but with her help, he can save it.

Sheriff Claire Lawson has all the trouble she can handle keeping the peace in her post-apocalyptic town. When the one guy who could have prevented the apocalypse interrupts her supply run, naked and bereft of memories, she tries to convince the Shipborn aliens to shelter the former Chosen One. But there are too many unanswered questions about his survival, so it’s not safe for him to leave the planet.

Adam Alsing—at least that’s what they tell him his name is—just knows he wants to stay with Claire. Yeah, he doesn’t remember being a global failure, but Claire’s the one thing he encounters that makes him feel grounded. Grounded and kind of turned on, but these are serious times. He’ll help her protect her town since he couldn’t save the world, but first he’s got to appease a suspicious government, a prying sentient Ship, and every human who hates him for being the man he can’t remember being.
Want more? Check out below!
Book page at my website with excerpt: http://jodywallace.com/books/prodigal/ 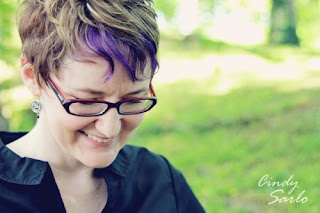 Jody Wallace grew up in the South in a very rural area. She went to school a long time and ended up with a Master's Degree in Creative Writing. Her resume includes college English instructor, technical documents editor, market analyst, web designer, and all around pain in the butt. She resides in Tennessee with one husband, two children, one Grandma, six cats, and a lot of junk.