A Thief in Love Suspense Romance

The A Thief in Love Suspense Romance series is based around an ensemble cast. They are the members of Sebastian St. Croix’s band of merry thieves. Imagine a cross between Robin Hood and the Leverage series which ran on TNT from 2008 to 2012. My editor was the person to call my attention to the resemblance to the tv show.

The first book, It Takes a Cat Burglar, is the basis of all the stories to follow. It is Sebastian’s love story and our introduction to Darcelle, Jeanne, Max, Cade, and Bassinae. Each member of the team has special skills that assist Sebastian in his robberies of the wealthy. His thefts are very narrowly focused on items of artistic or historic value that the owners have purchased for their private collections, knowing that the pieces have been stolen, often from museums. He assures that these treasures are restored to the little people who have as much right to enjoy their cultural heritage as the wealthy.

How to Steal the Pharaoh’s Jewels is the story of Cade and Bassinae. It’s a friends-to-lovers novella that finds the team saving Cade’s life and stealing a set of heirloom jewelry designed to replicate the pectoral of Kheper scarab found in one of the layers of King Tutankhamun’s mummy.
The next book will be Max’s story, followed by Jeanne’s. Then who knows. Maybe I’ll just keep writing caper stories because they are a lot of fun. 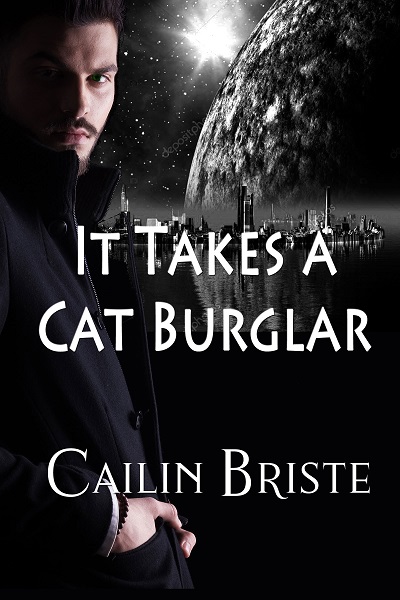 It Takes a Cat Burglar

When Darcelle Lebeau throws off the invisible chains that keep her bound to her family, she discovers a new vocation. Tempted to enter the illegal playground of a man she nicknames Matou, she becomes a cat burglar in training. Deeply ensnared with each task he entices her to fulfill, she fails to discover his identity and true intentions.

Sebastian St. Croix, a wealthy businessman, has a dark side. He’s a thief, a cat burglar who steals art and historical objects. For one year, he trains Darcelle to become his assistant, remaining incognito, observing her from afar. His admiration grows along with his desire for her with every phase-one challenge she completes. Phase two will test the limits of his control. Hands-on personal training? Yes. Sex? No. With his sister’s happiness at stake, nothing, not even the tempting Darcelle Lebeau, can interfere with accomplishing the biggest break-in of his career. 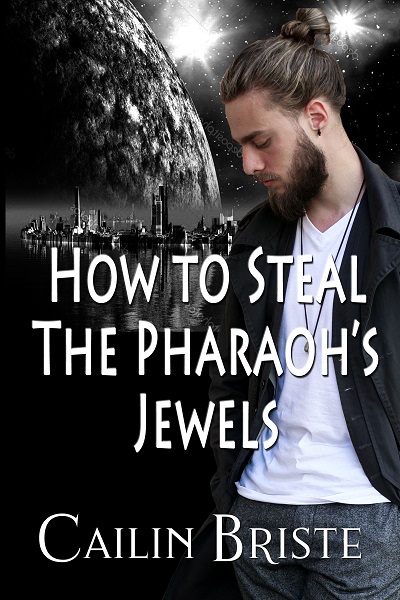 How to Steal the Pharoah’s Jewels

Cade’s fantasy is to seduce his best friend if he isn’t murdered first.

His comfortable routine as a member of Sebastian St. Croix’s cat burglar team is shattered the day he’s pinned in a crushed car. In a moment of clarity, before everything goes dark, he realizes he’s in love with his best friend, a woman who has sworn off intimate relationships for life.

It’s taken Bassinae years to overcome a past filled with physical abuse and embrace the truth that she is a powerful, capable woman in her own right. Tamping down a case of nerves, she’s ready to take on a larger role as a thief in Sebastian’s next caper. If only Cade would stop acting like a lovelorn idiot. She needs her best friend’s support to help steal the Pharaoh’s jewels.

Set in the distant future, this sci-fi suspense romance has action and adventure as well as a sizzling romance.

I’m giving away a Kindle Fire 7 to one follower of my Facebook page when it reaches 1500 followers.
https://www.facebook.com/cailinbriste/

I’d love to have you subscribe to my monthly newsletter here: http://cailinbriste.com/cailins-newsletter-sign-up/

My Facebook readers’ group, Cailin’s Romance Immersion Therapy, also has openings for anyone who needs group romance therapy sessions. We support one another’s need for romance, and as the group therapist I regularly add useful and entertaining posts to help you keep yourself fully dunked in romance.
https://www.facebook.com/groups/CailinsRomanceImmersionTherapy/

Email ThisBlogThis!Share to TwitterShare to FacebookShare to Pinterest
Labels: A thief in Love Suspense Romance Series, Cailin Briste, Howt to Steal The Pharoah's Jewels, It Takes a Cat Burglar