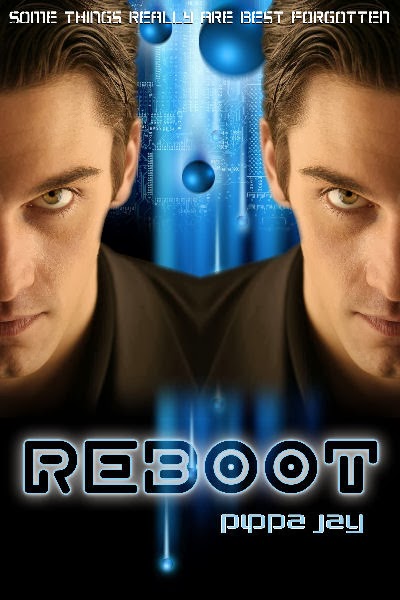 “Welcome to immortality in utopia!”

From the moment Damien signed up for a perfect life with ReGen Inc., he didn’t ask any questions. He didn’t want or need to know. But after he’s rebooted this time, there are gaps in his memory he can’t ignore, and people he no longer recognizes are accusing him of betrayal. When someone dies, he’s determined to go looking for answers…but sometimes it really is better to forget.

Someone pounded on his door. Damien jerked out of bed, heart hammering. Had ReGen realized their mistake? Were they coming to wipe the rest of his memories?
Reality swept over him as the last of the fog of sleep faded. He wasn’t a hermit. People often came to visit, though they weren’t usually so loud about it.
He pushed off the bed, a slight stiffness making his movements awkward. He clipped the doorframe on his way out and cursed at the spike of pain in his shoulder. Clumsy! The last thing he wanted to do was damage this new body so soon after a reboot.
“Hold on!” he yelled at the unknown visitor hell-bent on punching a hole through his front door.
He was still clothed from last night, but he paused in front of his mirror to drag his fingers through the tufts of his dark hair. “Yes, all right. I’m coming!” He tugged his shirt straight. “Open.”
A dark-haired woman stumbled through the door and fell against him. “Damien!”
His arms circled her by instinct, but the impact sent him staggering back a step or two. “Whoa!”
She gazed up at him, her hazel eyes red-rimmed as if from crying, and her pretty face screwed into wrinkles. “I was so worried. When you didn’t come over last night…”
“Last night? Come where?” Her body pressed into his was causing all kinds of interesting reactions, but confusion overrode them. “Who are you?”
“Who?” Her eyes widened, and she jerked out of his embrace. “What’s wrong with you?”
Fear swamped him again, a cold that chilled him to the bone. “Diagnostics says I’m fine.”
“Diagnostics?” She backed away, as if he’d morphed into the worst kind of monster, then grabbed his right hand. Damien flinched as she rubbed her thumb hard over the back of his hand. Over the place where his scar had been. “Oh…” She dropped his hand, her head still bowed. “Oh, Damien.”
“What?”
Her gaze knifed through him, accusing. “You’ve been rebooted.”

Bio:
A stay-at-home mum of three who spent twelve years working as an Analytical Chemist in a Metals and 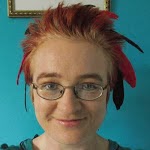 Minerals laboratory, Pippa Jay bases her stories on a lifetime addiction to science-fiction books and films. Somewhere along the line a touch of romance crept into her work and refused to leave. In between torturing her plethora of characters, she spends the odd free moments trying to learn guitar, indulging in freestyle street dance and drinking high-caffeine coffee. Although happily settled in historical Colchester in the UK with her husband of 20 years, she continues to roam the rest of the Universe in her head.

Pippa Jay is a dedicated member of the SFR Brigade, a community of science fiction romance authors and publishing professionals committed to writing and promoting the very best in the genre.