Doctor How and the Illegal Aliens by Mark Speed 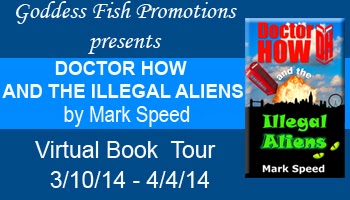 Today, we have the fabulous Mark Speed and his hilarious Doctor How and The Illegal Aliens.

Liza: No, and don't even say it. It says Doctor How.

Space Rep: Sorry, I just thought your fingers got drunk before they began typing tonight.

Liza: Nope, it's Doctor How. So would you like to know about the prize?

Liza: What does that mean? Oh 'Yes'. Very clever Space Rep. One randomly chosen commenter will win a $50 gift card from either Amazon or B&N.

Space Rep: All right! How do I win it?

Liza: Just follow the rafflecopter my friend.
Now without any further delay let's check out this book. It sounds to be right up my alley. 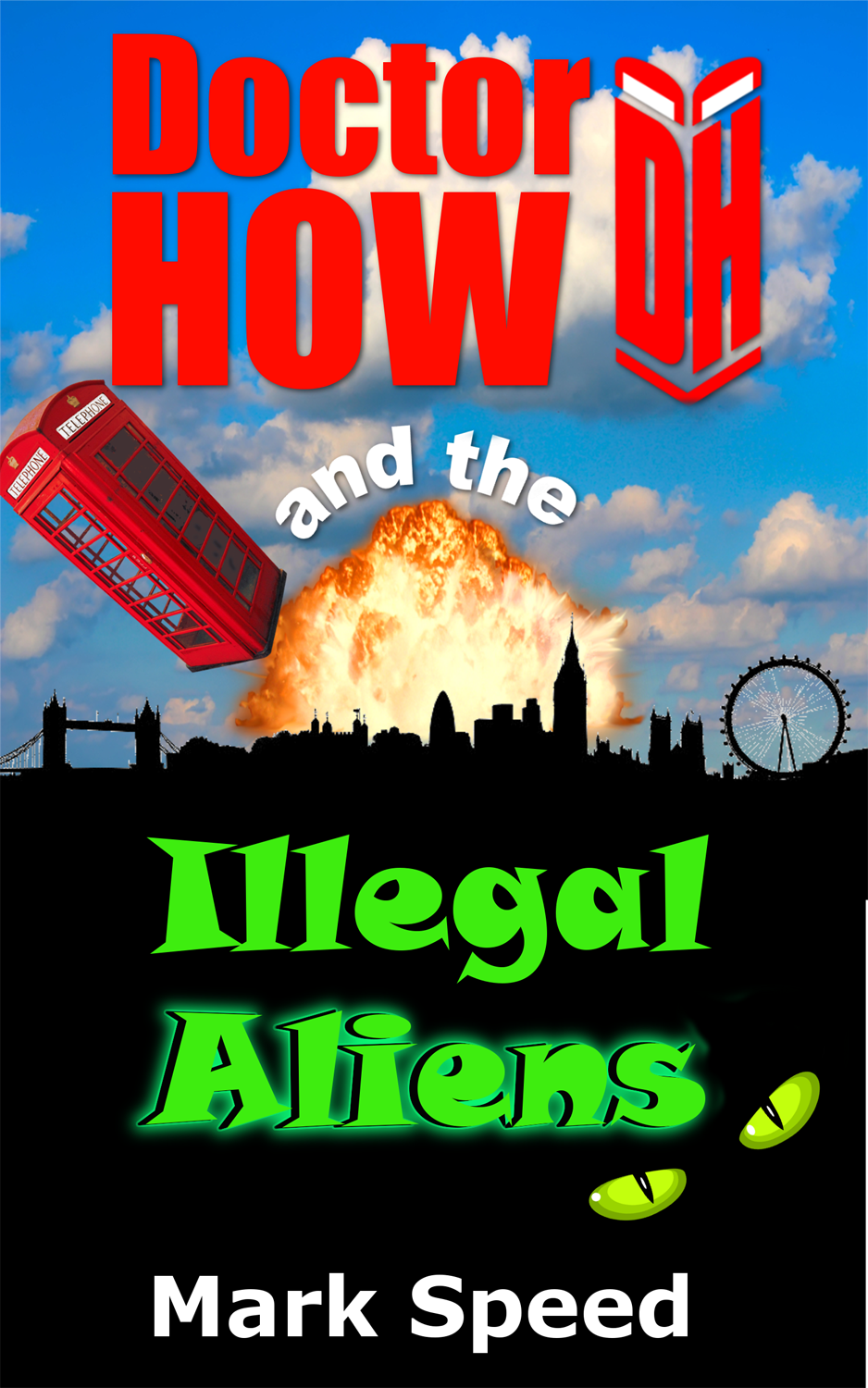 Doctor How and the Illegal Aliens

Doctor How’s famous megalomaniac brother Doctor Who sold his fictional life story to the BBC half a century ago, painting himself as a lone hero. Disillusioned, their four cousins dropped out. For fifty years, Doctor How has held the line against the forces of darkness and stupidity. And he’s not that happy, since you ask.

Illegal aliens try to hack How’s Spectrel (TARDIS is a very rude word where he comes from), just as he suspects his estranged cousin Where has been compromised. When reports come in of mysterious attacks by alien creatures, Doctor How has to rely on his new companion Kevin, a petty criminal from south London, and Trinity, a morphing super-predator, as he counters this threat to humanity’s existence. Bungling agents from MI16, long desperate to capture the Time Keeper’s technology, hamper How’s efforts to combat the alien menace. Can Doctor How keep ahead of MI16, save Where and combat the alien threat?

Kevin lowered his window and said, “Come on, Doc. We haven’t got all night.”

Doctor How smiled and took a couple of steps towards the cab.

There was a crash from inside the house, and the sound of splintering wood. The Doctor whipped around to see the sofa burst through the front window and tumble into the garden. It came to a stop upside down against the wall. He took a couple of steps back, pulled out his Ultraknife and held it towards the house.

“Get in the bleedin’ cab and let’s go!” yelled Where.

“I want to know what it is. Kill the headlights.”

“Get in, Doctor!” shouted Kevin.

The wall beneath the living room window collapsed outward in a cloud of dust, and the radiator that sat underneath it fell with a resonating clang onto the rubble. Water gushed out of a piece of broken central heating pipe.

A pair of black antennae waved through the dust. They were followed by two interlocking pairs of black mandibles two feet wide that scythed back and forth in the night air.

“Oh, you absolute beauty,” said the Doctor, lowering his Ultraknife a fraction.

“Oi, nutter! Get in the bleedin’ cab, will ya?” Where turned the headlights back on, lighting up the rest of the creature. It was six feet wide and six feet tall, with a rounded shiny black body.

“It’s after you, cousin,” said Doctor How. Or your Spectrel. Or your cab. Or all three.”

“Well, I don’t want to stick around and find out which, do I? Get in, you bleedin’ maniac!”

The Doctor opened the door and got in the front beside his cousin, who jammed the vehicle into reverse just as the creature edged forward a few feet, to where the cab had been two seconds before.

“Wait!” said the Doctor. He slammed the cab into neutral and jerked the handbrake.

Mark Speed has been writing novels since he was fifteen. His comedy writing has appeared in 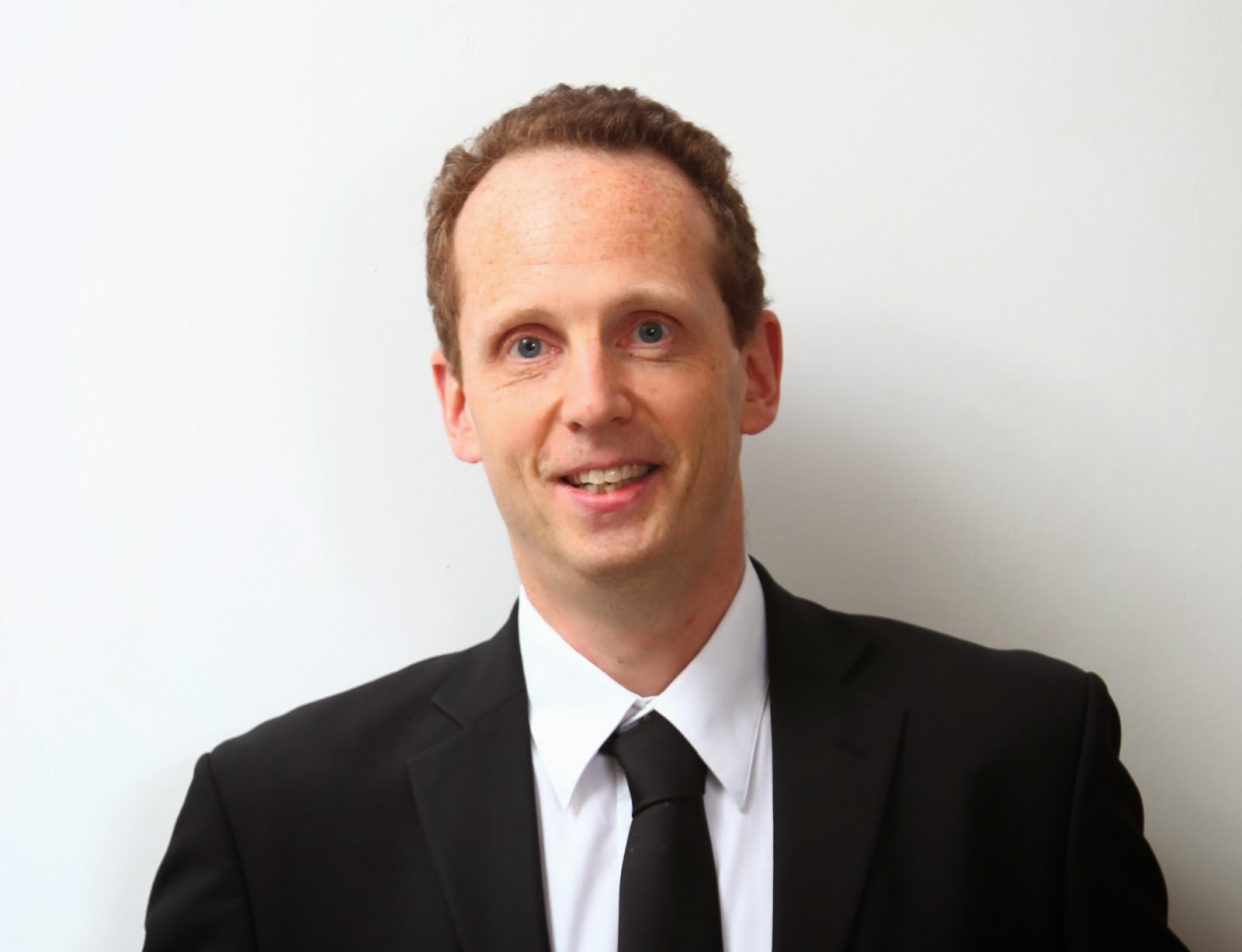 newspapers as diverse as the London Evening Standard and The Sun, and been broadcast on BBC Radio 4 Extra. He performed his solo comedy, The End of the World Show, at the Edinburgh Fringe in 2011 and 2012. He is currently working on the five-volume Doctor How series.

Amongst other postgraduate and professional qualifications, he has a Master’s degree in Creative Writing from City University, London. In 1995 a chiropractor told him he’d never run again. Sensibly, he gave up chiropractors, runs every day and has completed several marathons and a couple of Olympic-length triathlons.


Don't forget to enter to win the fabulous $50 Tour Prize

Email ThisBlogThis!Share to TwitterShare to FacebookShare to Pinterest
Labels: Doctor How and the Illegal Aliens, Mark Speed