Today, we have H. Peter Alesso with his book, Henry Gallant and the Warrior. 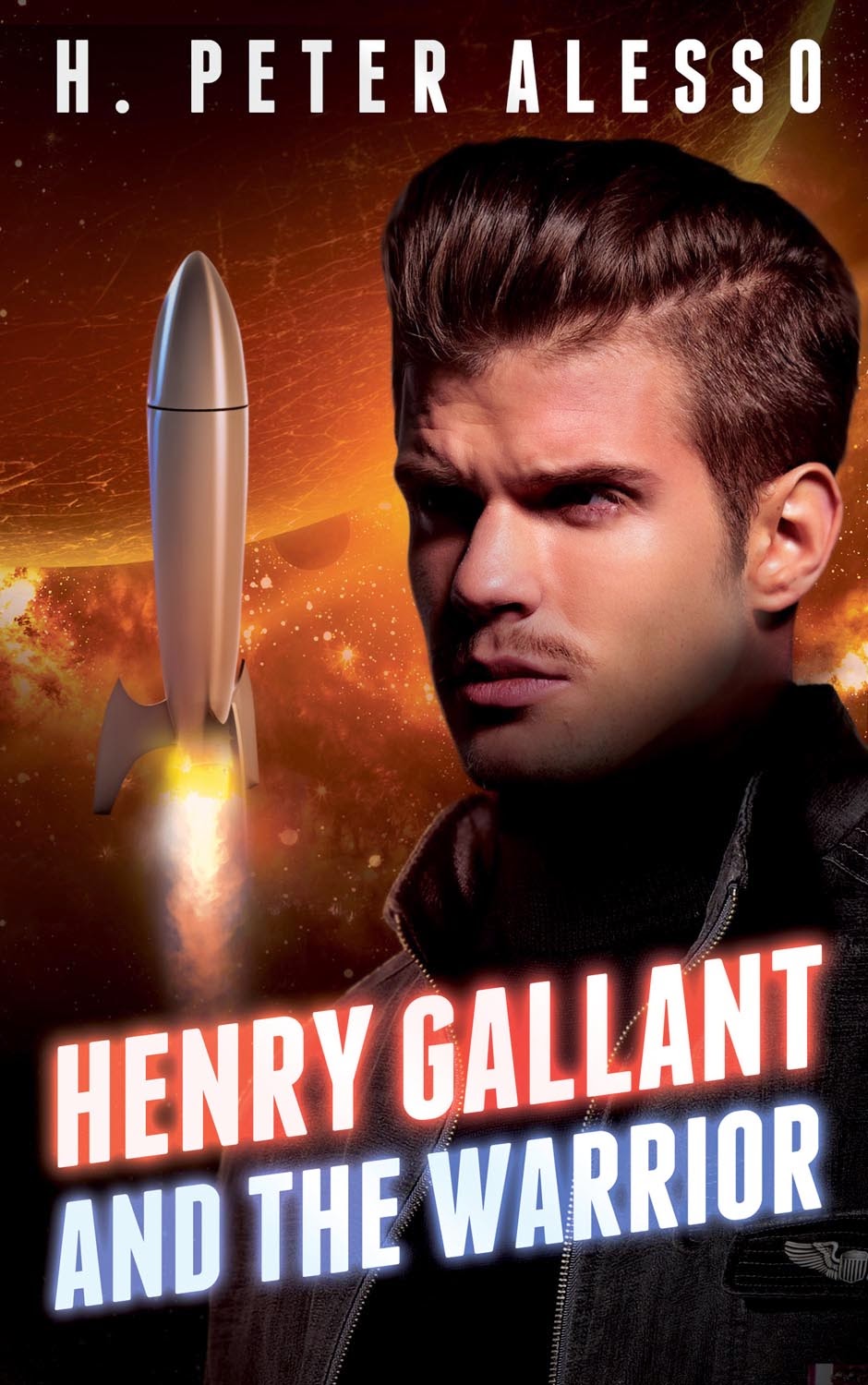 HENRY GALLANT AND THE WARRIOR
by H. Peter Alesso

In the 22th Century, the people of the Solar System have banded together against an alien invasion. Unfortunately, they’re losing—badly.

As the only Natural remaining in the genetically engineered officer corps of the United Planet’s fleet, Henry Gallant has unique mental abilities that have proven essential to the defense against the Titan invaders. Nevertheless his fellow officers lack faith in him, and worse, he has angered prominent men by speaking truth to power.

Despite this, Admiral Collingsworth has given him command of the Warrior, the most advanced stealth warship in the UP arsenal, and ordered him to the alien’s main base to spy, intrigue, and disrupt their war capacity.

Gallant’s mission leads to risky battles and painful choices, but no choice is more personal, or intimate, than the choice to face one’s own death. And for Henry Gallant—a flawed young man in a hopeless situation against overwhelming odds—a dreadful decision looms before him.

He has only one saving grace—he is unafraid.

My orders say take command of the Warrior immediately . . . but no promotion . . . Why not?

He pondered the possibilities, but he already knew the answer. Though he had steely gray eyes, a square jaw, and was taller than nearly everyone around him, what distinguished him most was not visible to the naked eye—he was a Natural—born without genetic engineering.

By the time he reached the space elevator, the welcoming breeze of the clear brisk morning had brightened his mood and he fell into line behind the shipyard personnel without complaint.

Looking up, he marveled; that cable goes into the clouds like an Indian rope trick.

When at last it was his turn, the guard scanned his comm pin against the access manifest.

“Call the officer of the guard,” demanded Gallant.

The officer of the guard appeared, but was no more inclined to pass Gallant through. He touched the interface panel and made several more entries, but the portal continued to blink red.

“Yes, sir. Your clearance and authorization are in order, but SIA has placed a hold on your travel movements. They want you to report to SIA headquarters, ASAP.”

“I need to go to the shipyard and attend to important business before going to the Solar Intelligence Agency,” clarified Gallant, but even as he said it, he knew it wouldn’t help.

As a scientist and author specializing in technology innovation, H. Peter Alesso has over twenty years research experience at Lawrence Livermore National Laboratory (LLNL). As Engineering Group Leader at LLNL he led a team of scientists and engineers in innovative applications across a wide range of supercomputers, workstations, and networks. He graduated from the United States Naval Academy with a B.S. and served in the U.S. Navy on nuclear submarines before completing an M.S. and an advanced Engineering Degree at M.I.T. He has published several software titles and numerous scientific journal and conference articles, and he is the author/co-author of seven books.


Don't forget to enter to win the $15 gift card