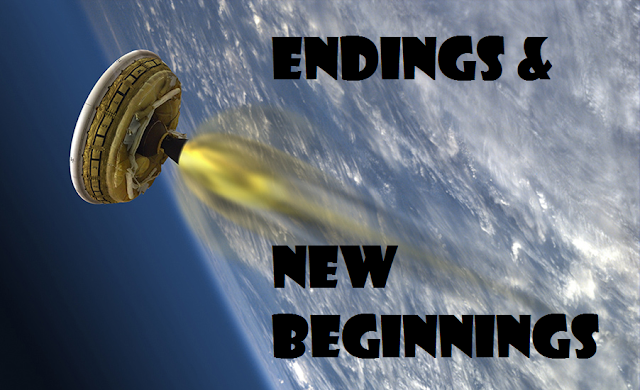 As Liza has wrapped up her delicious Multiverses series with the last story, Surviving Sojourn, and is all set to write a new yet related spinoff series, The Search for Sentients, I thought this would be a great time to talk about endings and new beginnings.

Putting on my reader hat, I’m always torn when a series I love ends. On one hand, I know I’ll miss the characters and the world the writer created. I’m also a bit worried that I won’t love the next series as much as I love the current one. On the other hand, the next series could be even better! Writers normally refine their craft with every story they write, every series they plot. The odds that the next series will be even more terrific is pretty darn good.

In Liza’s case, she’s already given us a hint that her next series will be awesome. We know that characters will be searching for sentients. Sentients, not merely humans. I’m super excited to read about the different species the characters will discover, what they’ll look like, their abilities, their goals.

Releasing Rage, my cyborg romance, is the first story in a thrilling new series for me. This dark, sexy, and very intense series explores the world of cyborgs, warriors who are half man and half machine. All stories will be standalones (they can be read on their own or out of order). They will each have a romance happy ever after for the couple featured in the story. But, of course, there will be things in subsequent stories that only readers of the previous stories will know. (grins) I’m tricksy that way.

How many stories will be in the Cyborg series? I don’t yet know. Often I’ll have a set number. In my Warlords series, I knew I’d have four stories (well, at first, I thought I would have three but then the villain wanted his story told). With Cyborgs, I know I’ll have at least five stories. Judging on the abundance of different cyborgs existing, every model having different challenges and different strengths, I can’t foresee running out of fresh, exciting stories any time soon. That thrills me as a writer.

How do you feel about series ending? Are there some series you wish had gone on longer? Is there a series you are waiting for? 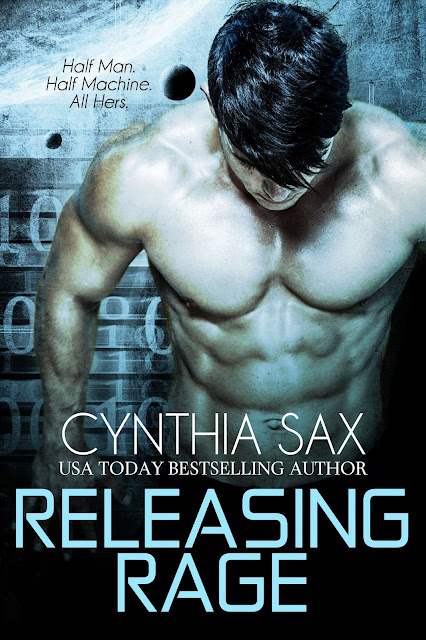 Releasing Rage
Half Man. Half Machine. All Hers.

Rage, the Humanoid Alliance's most primitive cyborg, has two goals--kill all of the humans on his battle station and escape to the Homeland. The warrior has seen the darkness in others and in himself. He believes that's all he's been programmed to experience.

Until he meets Joan.

Joan, the battle station's first female engineer, has one goal--survive long enough to help the big sexy cyborg plotting to kill her. Rage might not trust her but he wants her. She sees the passion in his eyes, the caring in his battle-worn hands, the gruff emotion in his voice.

When Joan survives the unthinkable, Rage's priorities are tested. Is there enough room in this cyborg's heart for both love and revenge?