The Multiverses are all 99 cents for 7 days.

YOU HAVE ONE WEEK TO GRAB THE MULTIVERSE BOOKS,
EACH ONE IS ONLY 99 CENTS.
the clock starts at midnight Dec. 16 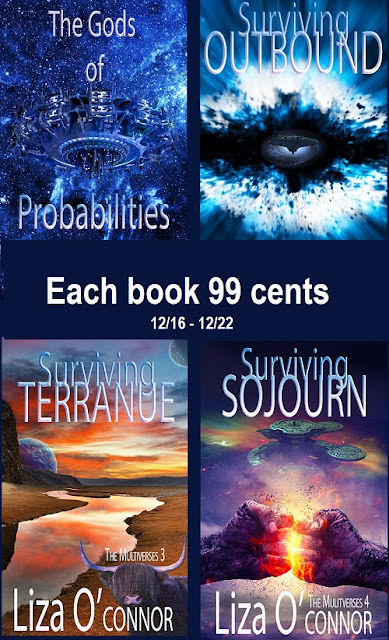 What are the four books about?

First, there are two story lines.
There are the Gods, who are rather ridiculous and funny. And then there are all the sentients who are just trying to survive.

Zousan and his father Cronus are having an ongoing battle. If you are up on Greek Mythology, you'll recall that Cronus had this habit of devouring his children.

Turns out the story got distorted a bit. Cronus didn't actually eat his kids, he just destroyed their self-confidence, and obliterated their self -esteem.  Eventually, Zousan rallied his siblings to have an intervention and they believed their father finally understood they needed to live their own lives.  Poseidon wanted to go fishing, Hades wanted to live somewhere warm, and Zousan wanted his own Multiverse.

Zousan was certain he could create a better multiverse then the miserable one his father ruled with an iron fist.

Upon signing a tiny print contract that Cronus wrote and Zousan didn't read, Cronus commissioned him a ship. Only it was built to fail.

To Cronus's annoyance, Zousan hasn't failed, despite constant cheats and sabotages by Cronus, and despite that most of his crew are loyal to Cronus not him.

Their battles continue throughout the series.

In addition, each book deals with sentients trying to survive.

In Book 1, The Gods of Probabilities, the ocean sentients in dire need of a new planet are called Oceanics. 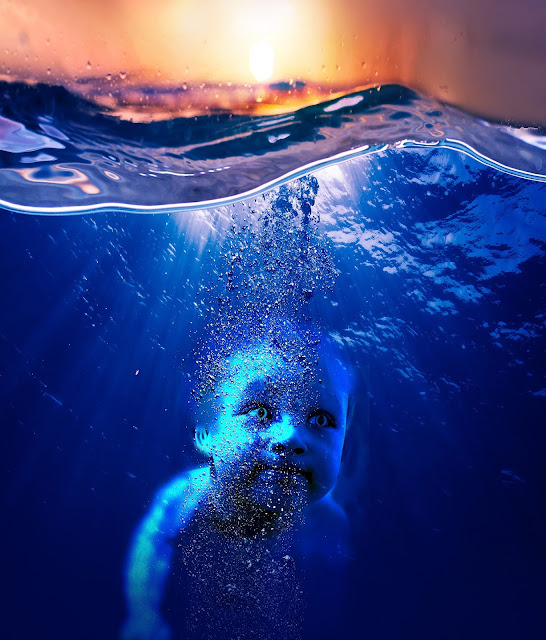 In book 2, Surviving Outbound, the humans and a couple other sentients go outbound. Unfortunately, others working for Cronus are determined to stop them.

In book 3, Surviving Terranue, the colonists arrive on their planet, but the likelihood of surviving is very slim. T.rexes, giant bears, and sabor-tooth lions are just the beginning of their troubles. The humans cannot survive three of the five seasons. 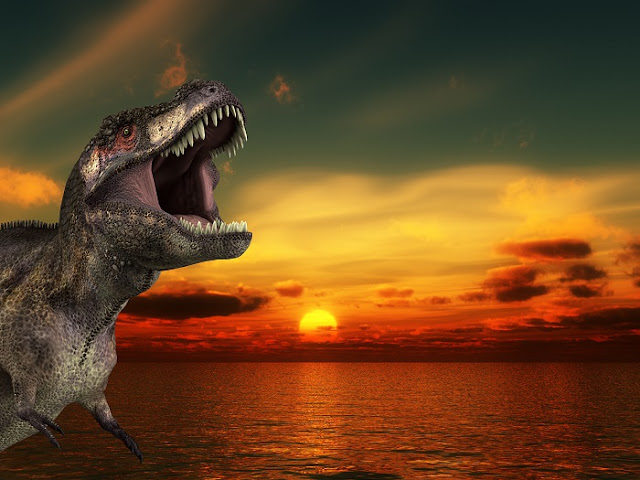 In book 4, Surviving Sojourn, we go outbound with the soul-bond of three's youngest son. He's tormented by most of the crew, seduced and then betrayed by a sexy ghost, and spends most of his time in the brig.

Then in a single day, he goes from lowest ranked ensign on the ship to lieutenant, then to captain.

With the emperor's daughter on his ship, they head to Terranue for provisions to hunt for the sentients removing humans from their planets.
And while the ship might be a junk heap, they got the right people on board to do the job. 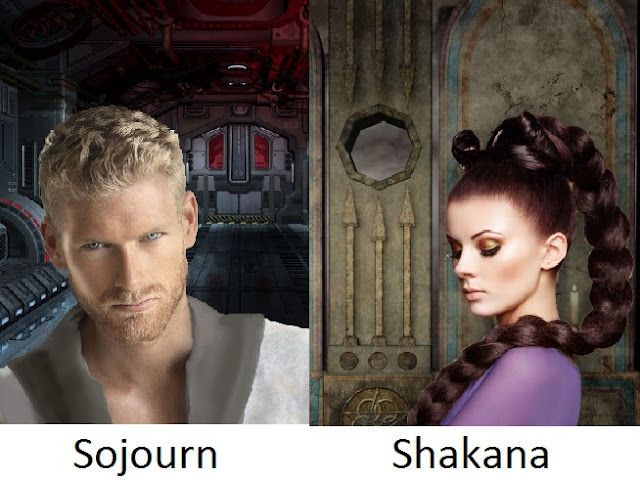 All this fun can be yours!
For 99 cents a book.

Generally, I advise readers to start at the beginning of the series and read through. However, IMO, the best of the series is book 4, so if you only want to buy one book, make it Surviving Sojourn. 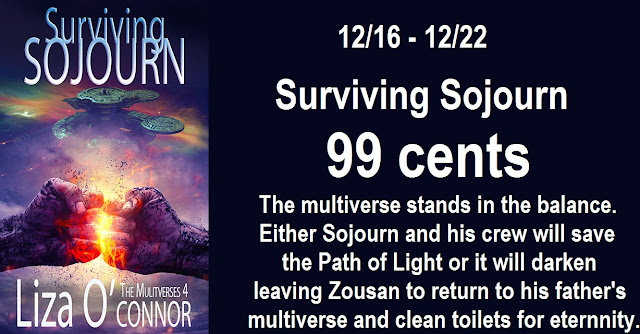 
Surviving Sojourn
Posted by Liza O'Connor at 12:00 AM