Liza: Today I have Michael Leon over to share his book Cubeball. One randomly chosen winner via rafflecopter will win a $50 Amazon/BN.com gift card.
I've a few questions for him as well.
I'll try to behave...

My main character in Saving Casey has her face tatooed. She wants to know if you have a tattoo.

Michael: I haven’t, but my character, Mickey has one. He had a holograph tattoo lasered on to his upper left arm. 22ndcentury technology is dominated by 3D art. Mickey had the image of his girlfriend, Jules positioned at the top of his arm for purely selfish reasons see her every time he played a shot with his cue. “I wanted to see her beautiful smile every time I lined up a shot with my cue. It seemed to relax me during the big breaks,” said Mickey, with a wry smile.

Liza: Is your life anything like it was two years ago?

Michael: My life is pretty much the same except I'm busier, which is a natural progression for a writer. Two years ago, I was focused on writing one book to be published. Now, I am juggling three books. Marketing Cubeball, editing my next novel for publishing early 2016 and researching the next to write in France in mid-2016.

Liza: I hear you!  How long have you been writing?

Michael: I have been writing in one form or another for twenty years. I worked with national and international organisations as a business analyst in Australia and overseas for many years. I authored many business books analysing the foodservice and food retail industry in Australia and overseas.  I commenced writing science fiction novels full time about five years ago as it was a life-long interest of mine.

Liza: What advice would you give a writer just starting out?

Michael: I think the best advice I can give a writer starting out is to think long and hard about what it is you want to write. I met a lot of emerging writers at the many training courses I attended and it struck me that for some writers it was an easy and pleasurable experience, but for others it was painful. For some, I believe it was because they were writing for others rather than themselves. Don't get me wrong, a writer must think of their readers, but in the early stages, I suggest you find your own passions and your unique 'voice'.

Liza: That's excellent advice. Tell us something about your newest release that is not in the blurb.

Michael: Ludwig joins Mickey's team as the strategist. He is a flawed genius and savant with a unique ability to recall the music of Beethoven. He believes Mickey’s artful ability to play cubeball is itself born from a similar musical place. His devotion and courage to their cause slowly transforms Mickey’s cynical view of life, renewing his appreciation for the artfulness of his unique abilities and the joy it brings to fans world-wide.

Liza: Thanks, for this fun interview! Now let's check out your fabulous book. 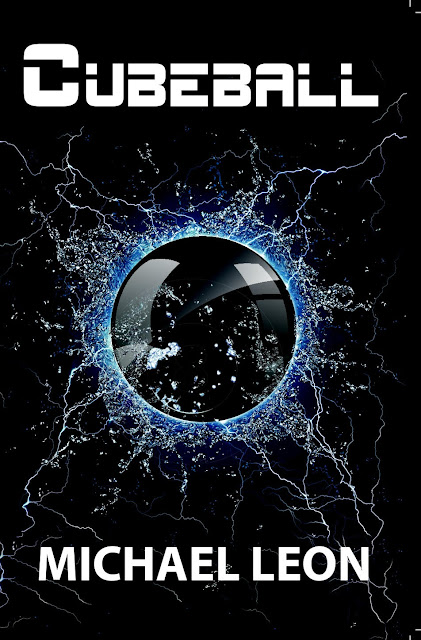 A naturally gifted ex-national champion and a savant with a computer-like mind compete against the world's best in the 22nd century's most popular sport - CUBEBALL - the chess-like, technology-enhanced, snooker of the future where the world stage is dominated by gambling, drugs and massive audiences.

Unlike the real Mars settlement, Mons City was surrounded by a vertical city. Skyscrapers impossible to build on Earth or Mars dwarfed the largest mountain in the solar system. Mons City consisted of two cities, the Left Bank and Right Bank. Each city was built at the base of Olympus Mons, forming the largest boulevard ever digitally designed. Two parallel lines of skyscrapers extended thirty kilometres out from the Martian mountain and five kilometres apart. There was only one way in to Mons City and that was through the boulevard. Hover lines crisscrossed between the two cities making a Tokyo train station look like a country town. Twenty two million gamers (most online from their home) competed in this game. Around fifty thousand actually entered the game from Velvet Underground. Most of them were there to hide from the real world or rest and recover from the demands of the game. About another thousand were like Mickey, looking for someone. It was a melting pot of technology, human energy, drugs and dreams. So much had been won, lost or wasted in this boulevard of broken dreams. Mickey slowed as he entered Mons City. 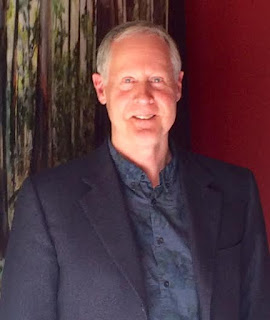 I commenced writing science fiction novels full time in 2009. It was a life-long interest of mine. I have written five novels - all exploring contemporary social issues in future speculative worlds. They are: Shadow Dance; Extinction; Cubeball; Titan Sages and Alive. My novels blend speculative science, new age and poetry. Readers of novels such as Carl Sagan’s Contact would enjoy my novels.

And let's not forget the fabulous RAFFLECOPTER
One randomly chosen winner will win a $50 Amazon/BN.com gift card.