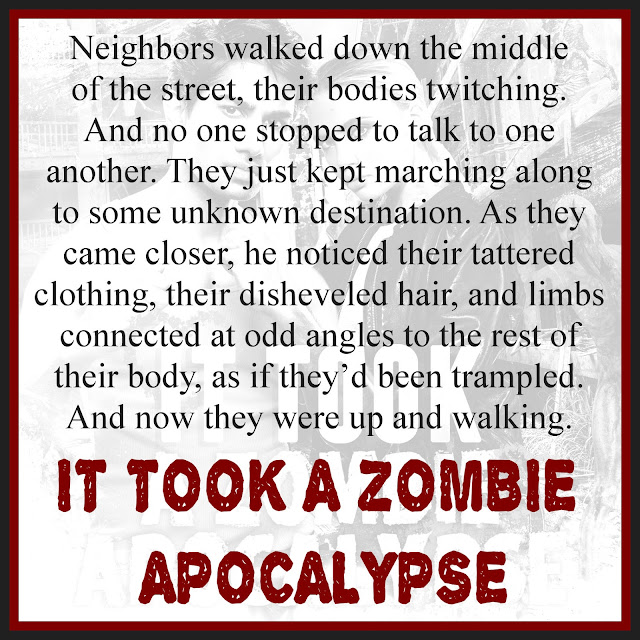 The Story that Needed to be Written

As I mentioned in previous posts, It Took a Zombie Apocalypse started with a dream. I had been watching several zombie television shows and movies before the zombie dreams started. I had a couple that were very vivid. And there was one in particular that I thought would make a great story. The only problem was, I didn’t have time to write it. I was set to write Jager, the next story in my Galactic Defenders series (which releases as the end of March).

As an author, I often picture the scenes in my mind for days before I start plotting and writing. But, my zombie story kept invading my mind. I could picture nothing else, and the story kept unfolding when I didn’t want it to. Instead of ignoring the zombies and dealing with writer’s block, I folded and set out to write about zombies for the first time.

I already had a rough outline of the story when I started, but I wanted a more in-depth plot before I began to write. I sat down to do this during a time when I saw a lot of hate on television, words and acts based on nothing but ignorance. And that became a part of my story. In fact, It Took a Zombie Apocalypse became that much easier to plot and write. I showed the hate, the cruelness of certain people in the town where the story takes place, and then I was able to kill those characters, cleanse the town of behaviors I find appalling with zombies. It was therapy for me. It’s also a story of love overcoming hate, of finding a way to survive apocalyptic circumstances. I hope you will give it a read. 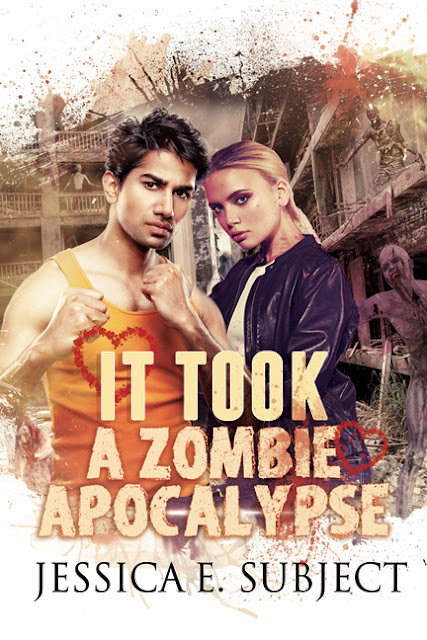 It started with a kiss.

Then the zombies came. Now, Missy must work with the neighbor her parents hate if she wants to survive. But zombies aren't the only threat to her life, or her heart.

RJ pressed on the text and read….

Zombies? He dropped his phone and stared at it on the floor, expecting it to explode. Zombies didn’t exist. He was in some kind of dream. Had to be. Missy actually had come home for the summer. And kissed him. Now, zombies.

“What is it?” Missy bent down to pick up his cell then handed it back to him. “What happened back at the park?”

“Zombies.” The word came out before he had a chance to stop it. He didn’t know whether to laugh or grab Missy again and run.

A crooked smile formed dimples in her cheeks. “You’re joking, right? Trying to help me laugh off what happened.”

“I wish.” He showed her the message from his father. “My dad doesn’t have a sense of humor.”

The phone beeped, and she pushed his hand away. “I think it needs to be charged. We should call him just to be sure. Or contact somebody. Maybe he meant something else. You know how stupid autocorrect can be.”

RJ rushed to the kitchen, found his charger, and plugged in the cell. But, by then, he’d lost signal. Reception was spotty in West Vitula, but he couldn’t get anything. He peeked through the doorway, out to the living room. “Missy, can you get a signal?”

After digging into her purse, she pulled out her phone with a pink, sparkly case. Not at all what he expected from her. Had he missed that girly side, or had someone given it to her, and she didn’t want to hurt their feelings? That he could understand.

She held the cell up and moved around the room. “I got nothing. What’s going on?”

“I don’t know. Maybe we should try outside?” Though he doubted it would make a difference.

Missy stepped over to window and shoved the curtains aside. “Um, there are people coming. And they don’t…look right.”

RJ glanced outside. Neighbors walked down the middle of the street, their bodies twitching. And no one stopped to talk to one another. They just kept marching along to some unknown destination. As they came closer, he noticed their tattered clothing, their disheveled hair, and limbs connected at odd angles to the rest of their body, as if they’d been trampled. And now they were up and walking. 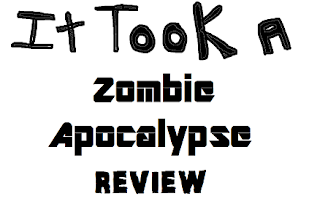 There’s some good lessens within It took a Zombie Apocalypse. By Jessica E. Subject

Neither RJ (actual name: Arjun), a young Indian nor Melissa care much for the people of West Vitula, even though they were both raised there. The ‘good’ people don’t care for brown skinned, non-protestant people in their town, and they have no shame in saying so in public.

Sadly, it literally takes a Zombie Apocalypse to make the town see beyond brown vs. white skin and pull together. Still, one human racist focuses on killing Arjun rather than zombies. Fortunately, Misty blows his head off. Gotta love girl power!

However, as new adults fighting in a zombie apocalypse, Melissa and Arjun are, at first, on their own. While a little scary, they can finally admit their feelings for each other. Later, they’ll discover a large undergrown bunker. And eventually, they even head on back to college and life resumes.
The moral: Hate can never win in the long run. 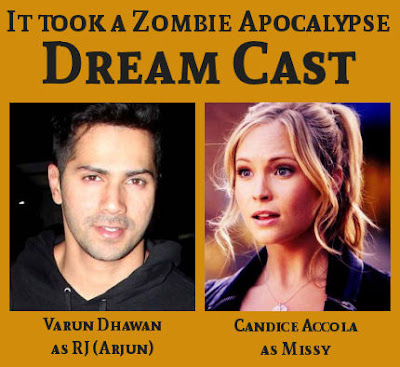 ABOUT THE AUTHOR:
Jessica E. Subject is the author of science fiction romance, mostly alien romances, ranging from sweet to super hot. Sometimes she dabbles in paranormal and contemporary as well, bringing to life a wide variety of characters. In her stories, you could not only meet a sexy alien or two, but also clones and androids. You may be transported to a dystopian world where rebels are fighting to live and love, or to another planet for a romantic rendezvous.

When Jessica is not reading, writing, or doing dreaded housework, she likes to go to fitness class and walk her Great Pyrenees/Retriever her family adopted from the local animal shelter.

Jessica lives in Ontario, Canada with her husband and two energetic children. And she loves to hear from her readers. You can find her at jessicasubject.com. 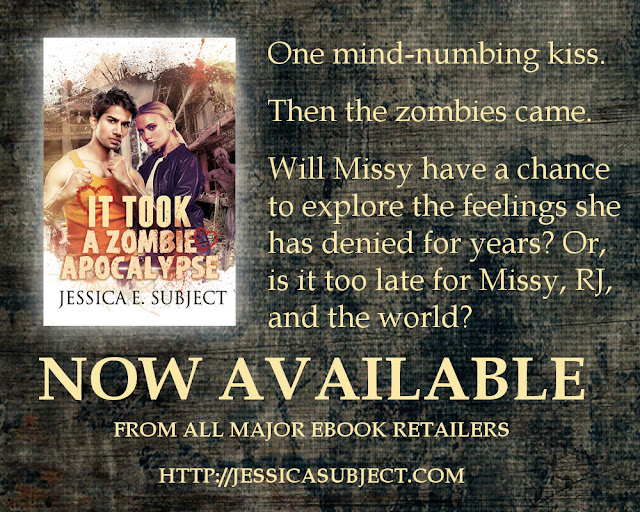